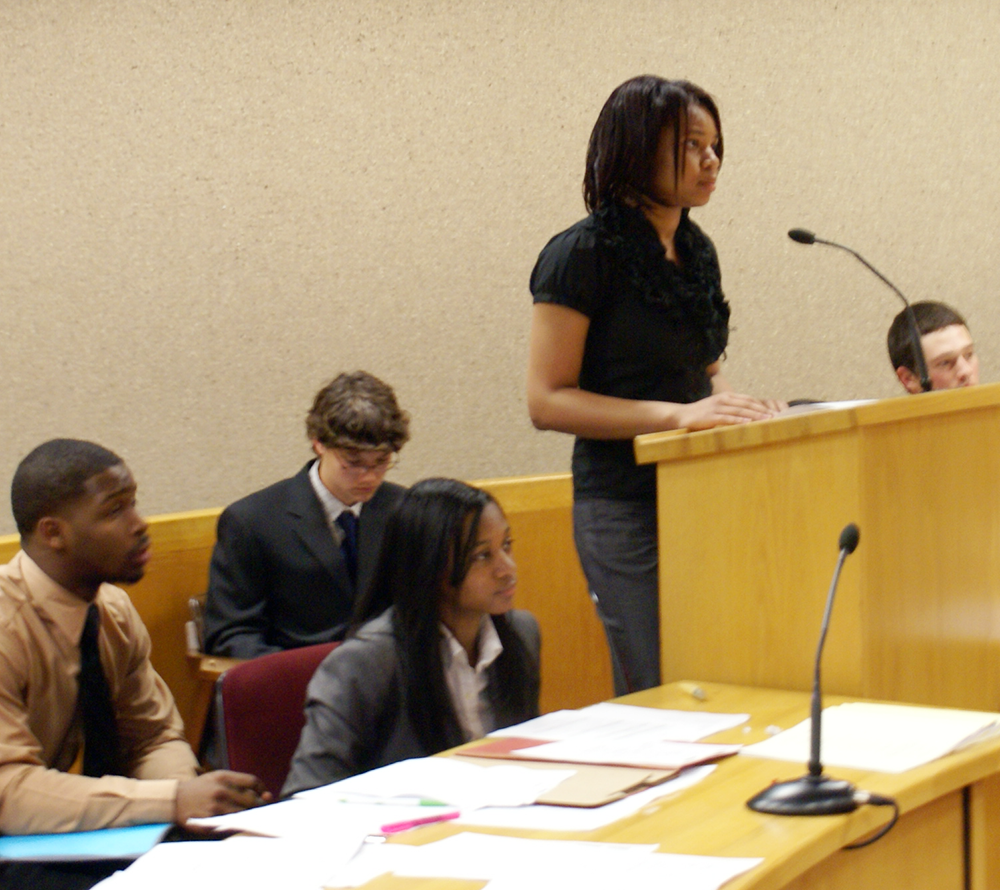 Over the past year, national discussion has highlighted the criminal justice system’s discrimination and disconnect from local communities. Georgetown University Law Center’s D.C. Street Law Program has tried to bridge that gap for over 40 years, inserting law students into D.C. public and charter schools to introduce high school students to legal concepts.

Each week, Georgetown law students teach high school students about the law, including the criminal justice system structure, the basic rights granted to people and the operation of trials and other processes within the system.

Having shaped the experience of Georgetown law students for decades, the program has evolved into a central aspect of the school.

“When you speak to alumni of GULC, no matter whether they are in private practice as associates or partners, or in a district attorney’s office or in the federal government somewhere, so many of them have Street Law stories,” program participant Umar Sattar (LAW ’16) said. “To go into D.C. public schools and teach high schoolers different legal concepts and get them excited about school is a pretty amazing thing to do as a law student.”

The idea for the clinic originated in 1972 with student Ed O’Brien (LAW ’73) and professor Jason Newman, who also served as the director of the Harrison Institute for Public Law.

Engaging students in public and charter high schools across the District, the program aims to teach practical skills to impact the students’ lives outside the classroom, in addition to the basic legal advice it offers. In 2012, the program involved 250 students in 11 local high schools.

“The Street Law experience on the surface can be fairly straightforward; learning practical law,” Roe said. “At the same time it can be profound and multidimensional; how people learn and cooperate to move forward to understand and possibly shape a complex world using rules and principles consistent with fairness and justice.”

The high school students in the program choose to take the Street Law course as an elective course during school hours, and the program aims to engage students of all academic skill levels. The program begins with a one-week orientation in August introducing basic methods. Afterward, students can take the course, which includes weekly two-hour seminars and individual meetings with law students, in either the fall or spring semester.

In 2013, the District of Columbia had a high school graduation rate of 64 percent, one of the lowest in the country, and only 58 percent graduated from public schools. Roe said lessons learned from the Street Law clinic are able to help the high school students, many of whom originate from inner-city and underprivileged neighborhoods, in higher education.

“High school students learn self-government — not only the principles of democratic rule, but also how to govern themselves, how to apply their thinking, how to listen, to take turns, to agree to disagree, to respect other views,” Roe said. “Street Law is an avenue to socialize students to the kind of discourse they will find in college.”

Approximately 24 law school students per year are selected as teachers in the program after an application process that begins in March. The teachers, who receive course credit based on faculty reviews of their performance, are then linked to various D.C. public and charter schools based on their scheduling availability, planning extensive lessons that often including role playing and mock trials to engage students in conversation.

With the emphasis on active learning, students participate in an annual citywide mock trial tournament at the D.C. Superior Court, where actual judges and attorneys preside over the deliberations. This year, the tournament will be held on March 19 and 25.

“At first I was hesitant to take on the added responsibility of teaching high school students — it requires far more accountability and preparation than working with adults because teenagers are not as forgiving,” Morris said.

Despite her initial hesitation, Morris said that her experience with the students was rewarding in the end.

“Exposing students to new ideas through the student-centered learning process and watching them achieve that ‘aha’ moment is one of the most fulfilling experiences you can have as a teacher,” Morris said.

Sattar echoed Morris, noting in particular the applicability of his teaching experience to his future as a lawyer.

“You always have to be on. You’re standing in front of 20 or so children and it’s your responsibility to make sure they are understanding what you’re teaching them,” Sattar said. “These are things attorneys do in court day in and day out, simplifying legal concepts for a jury, being able to articulate ourselves in a manner that everyone can understand. … I think Street Law has taught me how to become a better person and without a doubt, a better lawyer.”

The Street Law Clinic, with its model of using law students as teachers and conducting outreach to students in urban neighborhoods, has found international popularity. According to Roe, staff members have been invited to run workshops about the implementation of similar programs in Ireland, Scotland, Russia, Hong Kong, Spain, Turkey and Peru this year alone.

The program has also expanded to teach legal skills to adults, running similar courses during the summer in emergency housing facilities and correction shelters.

After noting the success of the Street Law Clinic, Roe and his students built upon the program by founding Thurgood Marshall Academy, a charter school in the Congress Heights neighborhood in Ward 8, incorporating exposure to the law into the curriculum in a manner similar to the clinic.

“The idea was to apply the Street Law methodology across the curriculum. It draws students from among the lowest performing junior high schools in D.C.,” Roe said.

Now the third-highest performing high school in the District, according to U.S. News and World Report, every graduating student in the academy’s 11 graduating classes has been accepted into college, according to Roe.

Sattar said that the Street Law Clinic did not promise an instant fix to all of the problems facing high school students in the District but instead offered law students a chance to contribute to the community in what way they could.

“Education is a child’s greatest weapon against a life of poverty, and we are just doing our part to make sure these students will be well equipped in that department,” Sattar said.