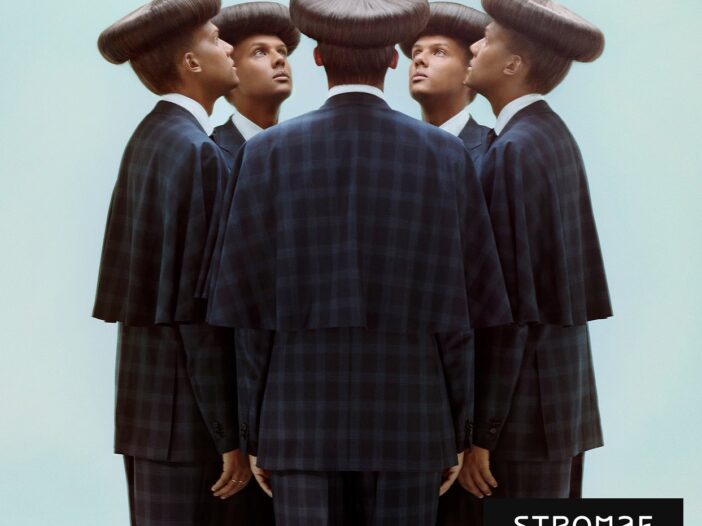 After an astonishing nine years since his last album, Belgian singer-songwriter Stromae has returned to the stage with “Multitude.”

Stromae (Paul Van Haver), perhaps the most famous Francophone artist in the world today, began his career as a rapper in 2007. He first received global attention for his 2009 single “Alors on Danse,” which hit number one in the charts in over a dozen countries and presaged his 2010 debut album, “Cheese.”

Following his second album “Racine Carrée,” released in 2013, which featured the French hit single, “Papaoutai” (“Where are you Papa”), Stromae made a smashing tour of the United States, appearing at the 2015 Coachella festival and becoming the first French singer to sell out Madison Square Garden.

But after all this success, Stromae fell mysteriously quiet. Apart from a few guest appearances in other French artists’ works and a feature on a Coldplay song, Stromae released no original work in the decade. In multiple interviews over recent years, Stromae attributed the absence to devastating mental side effects of an anti-malaria drug he took before a tour in Africa in 2015, as well as general burnout after years of intense touring.

Then, in October of last year, Stromae broke his hiatus by announcing he would be releasing a new 12-track album titled “Multitude,” and dropping its first single to celebrate. The song, “Santé” (“Cheers”), sees Stromae giving a toast to “ceux qui n’célèbrent pas,” or service workers who have to work during the COVID-19 pandemic.

The song is backed by a cavaquinho, a Portuguese string instrument, which reflects the diverse sounds of its album, a project that contains a diverse range of musical influences from around the globe and profound lyrics that surpass language barriers.

Similar to its predecessor “Racine Carrée,” “Multitude” tackles heavy themes. The album opens with the powerful “Invaincu” (“Undefeated”), where Stromae curses his mental sickness as a “putain” (“whore”) as soaring chants fill the background. The album’s second single, “L’enfer,” further addresses his depression and suicidal thoughts: “Ces pensées qui me font vivre un enfer” (“These thoughts putting me through hell”).

Stromae also mixes serious themes with his signature playfulness and originality later in the album with songs like “Fils de joie” (“son of joy”), as he unexpectedly sings from the point of view of a sex worker who complains that everyone hates her while at the same time begging for their services. Meanwhile, “C’est que du bonheur” (“It’s only joy”), sees Stromae singing about raising his son and the light it brings into his life, despite “les vomis” (vomit) and “les cacas” (poo) involved.

The album finishes with a couplet of “Mauvaise Journée” and “Bonne Journée,” two contrasting songs with inverted lyrics that simultaneously explore the sadness and joy in his life.

“Mauvaise Journée” sees Stromae still stuck in his negative thoughts as he sings, “C’est mon droit d’être déprimé dans mon fauteuil” (“It’s my right to sit depressed in my armchair”). He then muses on a more optimistic note,“Y a l’espoir d’une lueur/Que demain sera meilleur mais” (“There’s hope for a glimmer/That tomorrow will be better but”). This theme is then immediately picked up on “Bonne Journée” with a peppier, more energetic beat, as he belts “Mais qu’est-ce que ma journée est bonne” (“But my day is good!”).

The album fades out as Stromae sings, “fais les pas de la danse de la joie” (“take the steps of the dance of joy”), suggesting he has finally overcome his depression through the simple movements of life.

In the end, “Multitude” is a certified triumph that proves Stromae has retained his talents even after such a long absence. As the unofficial ambassador of Francophone music to the rest of the world, Stromae lives up to high expectations.