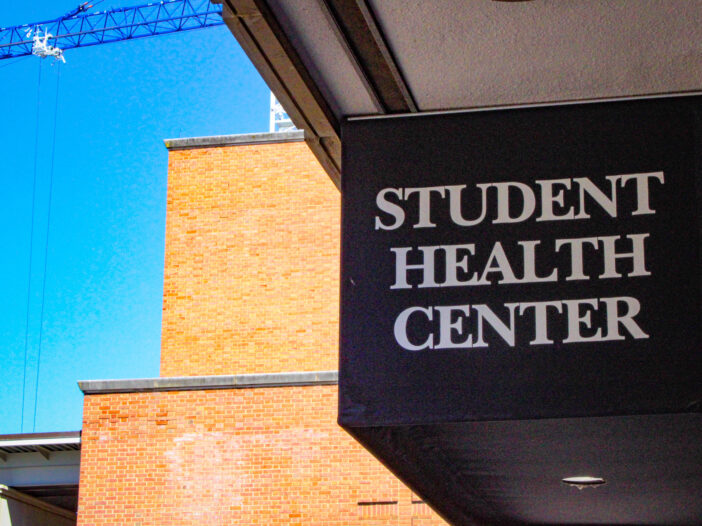 CW: This article contains mentions of sexual misconduct, sexual assault and Title IX processes. Please refer to the end of the article for on- and off-campus resources.

When asked about her knowledge of sexual assault policies on campus and within clubs, Willa DuBois (SFS ’24) said she didn’t know much.

“I do not have any sexual assault policy memorized,” DuBois told The Hoya. “My reasonably informed guess is that a university policy re: clubs and sexual assault does exist.”

DuBois serves as a sector head of Georgetown Collegiate Investors and senior vice president of startups at Georgetown Student Capital Partners. She is not alone in her lack of familiarity with campus resources.

Of the students who responded to Georgetown University’s 2019 sexual assault and misconduct climate survey, only 31.7% felt that they were “very” or “extremely” knowledgeable of where to find help if either they or a friend became a survivor of sexual assault or misconduct.

On a campus with over 200 student-led organizations, student leaders find themselves restricted in their capacity to effectively provide resources for survivors of sexual assault and misconduct.

The Hoya spoke to a variety of student organizations about Title IX and sexual misconduct policies within clubs. Across these clubs, student leaders expressed concern about the lack of action they can take internally against perpetrators due to Title IX legislation, as well as gaps in Title IX knowledge across campus.

Student leaders may not take any action in response to allegations of sexual misconduct within their organizations, according to Samantha Berner, Title IX coordinator and director of Title IX compliance at Georgetown, beyond guiding their members to university resources.

“Due to the serious and sensitive nature of these cases, student organizations should not attempt to investigate or sanction allegations of sexual misconduct on their own, but should connect members with the appropriate resources,” Berner wrote in a statement to The Hoya.

Some student leaders feel that current regulations prevent them from being able to help fellow club members and maintain a safe club environment, according to Jack Quinn (SFS ’24), chair of Georgetown’s International Relations Club.

“You don’t want to unnecessarily alienate somebody if there are just rumors or, you know, something that may not be substantiated,” Quinn told The Hoya. “But the other side of the coin is that we do also feel very restricted in what we can actually accomplish when it comes to making people safe.”

Madison Berry (NHS ’22), former president of the Blue and Gray Tour Guide Society, said she was frustrated with the hurdles preventing clubs from  directly taking action against members accused of sexual assault.

“Student organizations cannot legally remove someone from the organization of sexual assault allegations unless they are found responsible under Title IX,” Berry wrote in a statement to the Hoya. “Obviously, that does not occur very often so it is incredibly unfortunate that this is the federal law.”

Professor Sara Collina, an attorney and adjunct lecturer in Georgetown’s women’s and gender studies program, said that the often lengthy process of adjudication through Title IX limits its relevance to maintaining a safe club environment.

“It’s extremely unlikely that the university’s process is going to be able to work fast enough to help a group that is managing this kind of discontent,” Collina told The Hoya. “It is certainly not designed to be nimble, and to address sort of immediate situations.”

The Title IX process can take anywhere from several weeks to several months, depending on case-by-case circumstances.

When asked about the 2019 climate survey, Berner said that the Title IX office responded by increasing community outreach.

Brandon Wu (SFS ’24), director of alumni relations and advancement in Georgetown College Democrats, said he felt that members of on-campus organizations should be more familiar with sexual assault and misconduct resources.

“It shouldn’t be the situation where only the Chief Human Resources Officer of an organization is the only person who’s well versed in all the guidelines,” Wu told The Hoya. “I think that would bring a lot of clarity in terms of making sure that we’re prioritizing survivors and centering them in our responses to misconduct allegations.”

“There’s a lot of confusion among club leaders and students in general as to why, you know, our hands are as tied as they are in cases where sexual assault is so rampant in college communities,” Quinn said.

Georgetown provides a variety of resources outside of the Title IX office for survivors of sexual misconduct.

In the case of sexual assault or misconduct, students can report incidents to a confidential resource, according to Berner. Confidential resources include Health Education Services (HES), Counseling and Psychiatric Services (CAPS), the Student Health Center, and ordained clergy acting in their pastoral roles.

“Additionally, if a student is interested in filing a formal complaint, meaning they would like the matter to be adjudicated through a formal University or criminal process, they have the option to do so, and the Title IX Coordinator can explain those options in further detail,” Berner said in a statement to The Hoya.

According to Berner, in addition to reaching out to a Title IX coordinator, survivors have alternate university-sponsored avenues for support.

“For those students who decide to report an incident to GUPD, the Department has 11 Sexual Assault Response Team (SART) officers available, with at least one on every shift, who are specially trained to respond to survivors with professionalism and compassion while informing survivors of on-campus and off-campus resources and ensuring that each survivor understands available options moving forward,” Berner said.

“If requested and appropriate, the Title IX Coordinator can work with the Center for Student Engagement and the student organization to provide “student-organization specific” interim measures, such as, but not limited to, an agreement to not assign individuals to the same project, assignment, or  shift,” the document reads.

Outside of these interim measures, student leaders can serve as informal resources who provide resources and information to survivors. Club leaders are not mandatory reporters, meaning they have no legal obligation to report any disclosures of sexual misconduct to university officials. At Georgetown, mandatory reporters include all university faculty and staff — with the exception of clergy acting in their clerical roles — as well as residential assistants and graduate teaching assistants. These individuals must report incidents of sexual misconduct, including sexual harassment, sexual assault, dating/domestic violence and stalking within 24 hours of the report being made.

Club leaders can serve as key informal resources, according to Ava Wasson (SFS ’24), who is president of the Georgetown Running Club as well as the sexual harrassement and assault response and prevention coordinator for the Reserve Officer Training Corps (ROTC) program at Georgetown.

“Any board member is someone that you can come talk to, if you’re a member of the club, when you experience something that makes you uncomfortable, be it on a run, in practice, or at a social event,” Wasson told The Hoya about GRC.

How Clubs Are Responding

One resource clubs are using for guidance is Sexual Assault Peer Educators (SAPE), a student group that conducts 90-minute workshops for clubs that request it. Clubs have welcomed presentations from SAPE to better understand consent and have used its resources to help survivors of sexual assault.

“Through these workshops, SAPE teaches students about consent, healthy relationships, bystander intervention, and what it means to build and be a part of a survivor-centric culture,” according to the SAPE website.

The university’s guidelines for addressing allegations of sexual misconduct states that student organizations can request workshops as they see fit.

While SAPE training is not a requirement for club sports, Wasson said that GRC board members are choosing to undergo the training.

“That’s the choice that we as a board are making, and probably most club sports will not be making the same decision. It’s not that they don’t take it seriously, but it’s just not mandated,” Wasson said.

While procedures are in place to report allegations to the university and Title IX office, taking immediate action to protect members of an on-campus organization in the interim remains an ongoing challenge.

To support the goal of making clubs a safe space for survivors, Collina proposed integrating restorative justice practices, which focus on repairing harm in a community, into clubs’ constitutions.

“We all have to feel safe in a room together. Right? And if that’s not happening, then I believe that the club both can and should intervene,” Collina said. “And I don’t think that Title IX as a process is necessarily going to be the most useful first step or or only step out of that.”

Collina said that this practice would focus on supporting the survivor and would approach sexual assault and misconduct incidents from a different angle than Title IX processes.

“Instead of trying to figure out who is responsible, and spending, you know, six months or a year, and ultimately deciding whether somebody is or is not responsible, you start with the responsibility. And you start with: somebody has been harmed, and it matters, and the focus is on healing,” Collina said.

To inform club members of ways to prevent and combat sexual assault and misconduct incidents, the university created a three-hour HoyUs: Student Leader Bystander Training. For a club to be eligible for funding and rewards, at least three club leaders or members must undergo the training and be designated “Pro-Social Bystander Liaisons.”

While only three club members must undergo this specific training, the university said that the student community is mandated to complete a separate program.

“All undergraduate students are required to have attended a bystander intervention training called Bringing in the Bystander (BITB),” said Berner. “Bystander Intervention is a proven public health strategy that helps prevent and respond to sexual assault by equipping and empowering students to intervene in risky situations.”

In addition to bystander training, clubs can pursue an Organizational Climate Review conducted  through the Center for Student Engagement and the Office of Title IX Compliance.

The review process produces recommendations, requirements or sanctions directed toward the organization as a whole, while questions of individual misconduct are delegated to the Office of Student Conduct.

“I can imagine it being a very, very exciting next step for the evolution of clubs to imagine explore, imagine and develop restorative justice practices,” Collina said, “so that and it’s not just about sexual harm, so that there are practices in place that will not necessarily punish bad people, but will help communities heal.”

The Hoya strives to follow trauma-informed reporting standards. In accordance with these standards, we use the language of “survivor” and “alleged perpetrator” when discussing sexual misconduct. Georgetown University, in all official resources, processes and communication, uses “complainant” and “respondent” to describe survivors and alleged perpetrators, respectively.