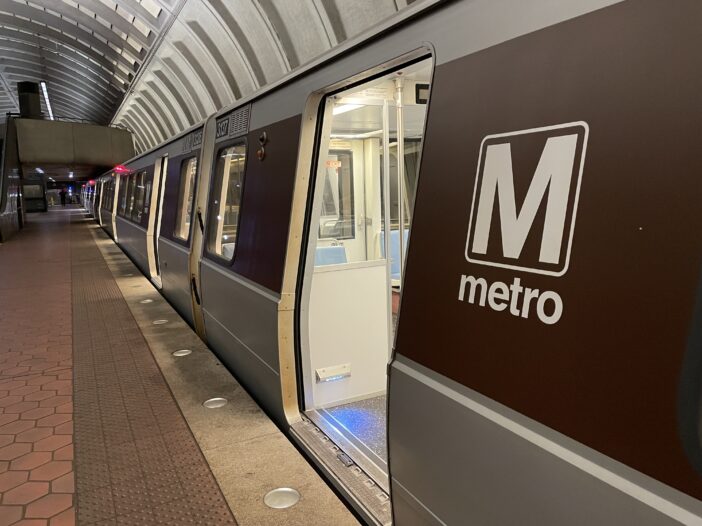 The Georgetown University Student Association (GUSA) Senate unanimously passed a resolution reaffirming the results of a May 2021 referendum that demanded the university implement the Metro U-Pass Program.

The Metro U-Pass Program provides students with unlimited trips on Metrorail and Metrobuses at a discounted price paid at the beginning of each semester. Last May, a referendum in favor of the U-Pass passed with 84% of voters in favor of the pass.

The resolution also calls on the university to implement a transportation subsidy grant, which would provide students with financial need a stipend for transportation expenses related to a job, internship or extracurricular activity.

Transportation stipends currently provided by the university are often not available to all students who need them, according to Rowlie Flores (COL ’22).

“As a low-income student who had an internship on the Hill, I know firsthand how transportation costs stack up,” Flores wrote to The Hoya. “While some offices have been gracious in offering transportation stipends, this is not an option for everyone and often these programs are competitive.”

The resolution aims to reignite student enthusiasm for the Metro U-Pass and pressure the administration to implement the referendum, according to GUSA Senator John DiPierri (SFS ’25), who cosponsored the resolution.

“All Georgetown students will have greater accessibility to the city we call home, without an added cost. Reaffirming this resolution puts our concerns back on the administration’s radar,” DiPierri wrote to The Hoya.

The U-Pass program helps students from diverse socioeconomic backgrounds fully participate in all aspects of Georgetown life, including popular internships on Capitol Hill, which often requires transit beyond the campus, according to former GUSA president Nile Blass (COL ’22), who served as president when the referendum was voted on.

“There’s an array of students in terms of race, in terms of economics, in terms of other kinds of diverging factors, who want to pursue that because it directly intersects with their careers moving forward,” Blass said in an interview with The Hoya.

The U-Pass would also allow students to travel to businesses outside of Georgetown, which offer products and services students cannot usually buy in the Georgetown neighborhood, according to Blass.

While the university is pleased to work with GUSA and the Georgetown University Graduate Student Government to explore joining the U-Pass program, Georgetown has not enrolled in the program because the program does not allow for students to opt in or out, according to a university spokesperson.

“Because U-Pass requires enrollment of all students within a school or campus — whether they use the pass or not — and has historically been funded as an addition to student tuition bills with other universities, Georgetown does not currently participate in the program,” the spokesperson wrote to The Hoya.

In addition to offering free transportation to Metro system stops at Dupont Circle and Rosslyn, the university also offers free seasonal airport shuttles and is a member of the Capital Bikeshare Universities Program, offering discounted memberships to students, according to the spokesperson.

In addition to the lowered transportation costs, implementing the U-Pass program would help Georgetown become a more sustainable and eco-friendly institution, according to GUSA Senator Dominic Gordon (SFS ’23).

This year Georgetown’s Office of Sustainability has considered the sustainability impact of the U-Pass, according to the spokesperson.

While it is unlikely that the Metro U-Pass program will be quickly implemented, continuous advocacy is key to push the university to honor the referendum, according to Blass.

“It has to be a continual pressure. Thus far, this Metro U-Pass program has extended past some of the most key administrators who were saying no and were dismissing it,” Blass said. “I think that it’s really important for GUSA to be continual in its push, because this is something that is probably going to last.”