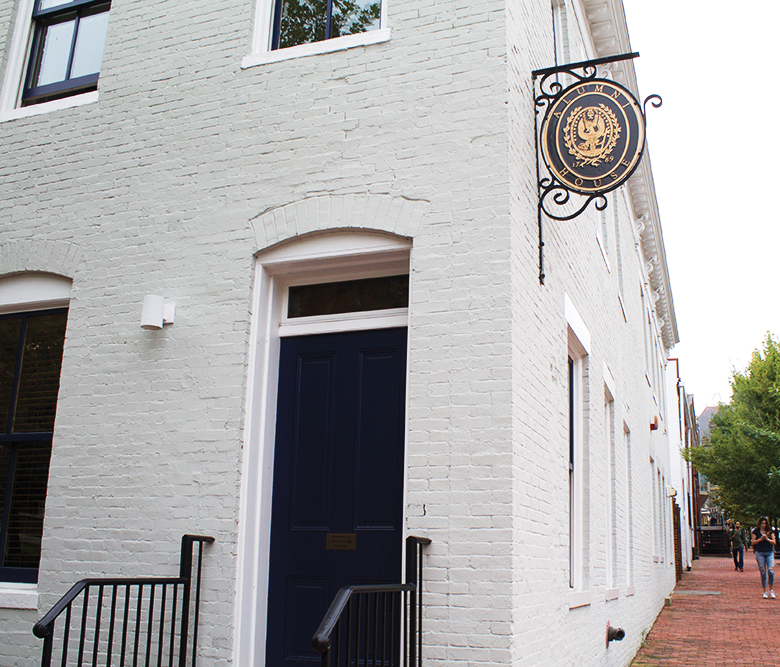 The Board of Governors of the Georgetown University Alumni Association eliminated multiple student representative positions in late June without notification after an internal assessment found the position was ineffective.

The representatives, called student governors, had used their position on the board to lobby alumni and administrators on issues affecting students, according to former student governor Hunter Estes (SFS ’19), who raised concerns that the end of the program would diminish student access. The appointed student governors composed 13 of the board’s 120 active members.

The decision to eliminate the student governors was made by nine members of the board’s executive committee on June 28 while the full board was out of session. Three student governors say they were never directly informed of the decision by the GUAA, including one whose position was eliminated in the middle of his one-year term.

The board, charged with governing and managing the affairs of the GUAA, is composed of Georgetown alumni and some university administrators including University President John J. DeGioia. The board refers to its purpose as a “formal communications link between the Alumni Association and the University” in an onboarding pamphlet.

The committee concluded the student governors program, started in 2006, was not successful, according to Lucy Flinn (COL ’86), director of strategic communications and marketing for GUAA.

“Coming out of the most recent assessment, the BOG concluded that it could most effectively engage students through programming developed with [the Georgetown University Student Association] and designed to support professional development and alumni networking,” Flinn wrote in an email to The Hoya.

Aaron Bennett (COL ’19), who took his position as a student governor in April, said he did not hear that his position on the board had been eliminated until the end of August, when the change was mentioned in a conversation with GUSA President Kamar Mack (COL ’19).

“I heard briefly on August 30th from Kamar, but never heard in an official capacity from GUAA,” Bennett said.

Estes and Nicole Lam (COL ’17), who were also student governors when the position was eliminated, likewise did not hear of the decision until the end of August.

The relationship had already soured between the student governors and the board before the student positions were eliminated, according to Estes. After the election last fall of a new board president, Jeff Chapski (GSB ’91), communication dwindled between the board and its student members, and Chapski pushed student voices into the background in meetings, according to Estes.

Communication between the board and its student members had been inconsistent until Chapski’s predecessor, George Peacock (CAS ’84) took office, according to Estes.

During Peacock’s term, students were better able to communicate with alumni about common goals. After the September 2016 conference when Chapski initially took control of the board, student members were not alerted of meeting details until days before the event, Estes said.

“We had talked to people, and they were going to send us committee emails. That just didn’t happen,” Estes said.

Estes said some other members of the board were more welcoming to the student participants and that Chapski’s attitude was more negative than that of the other board members.

“They were so welcoming. They were so excited that we came,” Estes said. “I think that’s more representative.”

Flinn said the decision to eliminate the position did not come wholly from Chapski but from discussions among board leadership and senior GUAA staff.

The board plans to hear proposals from GUSA to find alternative ways to connect students with alumni over the course of the semester, according to Mack.

“Right now, what the GUAA is waiting for is a proposal for a new plan for engagement. They would like to see what GUSA can bring to the table in the decision-making processes of the GUAA,” Mack said. “Where we’re at right now is redefining our relationship with the GUAA because Jeff Chapski has, in communication with me, mentioned that he doesn’t want to completely cut off ties.”

Editor’s note: A previous version of this article included a misattributed quotation, which has been removed.