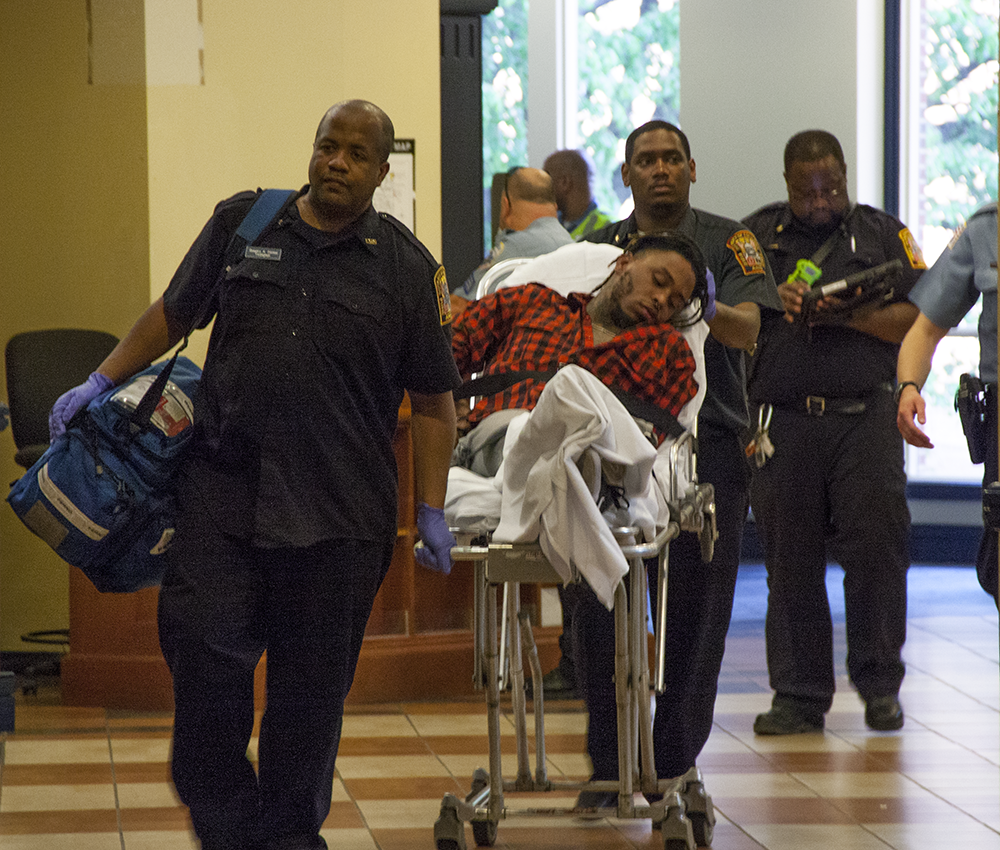 A Georgetown student was robbed at gunpoint near the McDonough School of Business on Wednesday evening around 9:45 p.m.

Two suspects, described in the Public Safety Alert as a slender black male wearing a red checkered shirt and a black female with a facial piercing, approached the student outside the Rafik B. Hariri Building. The student reported that the male suspect pulled out a silver revolver while the female suspect demanded the student’s wallet.

The male suspect was arrested Friday in the Leavey Center shortly before 5 p.m.

“A student called us saying that somebody who matches the description was in the Leavey Center,” Gruber said.

He added that the suspect was not attempting to rob anyone before his arrest.

“He didn’t attempt to commit any more crimes during the times we were observing him or arresting him,” Gruber said.

Gruber also commended the officers who successfully arrested the suspect.

“The police officers who arrested him did an outstanding job considering the fact they thought he might be armed,” Gruber said.

Jade Beguelin (SFS ’18) was studying outside of Vital Vittles and witnessed the arrest.

“I heard a real big commotion. … Then I heard a lot of screaming and yelling and ‘Get down.’ I walked over to see what was happening and I see this guy who matched the description on the email about the burglary. He was wearing a red and black checkered shirt. A couple of police officers pinned him down. They came to everyone at Vittles and told everyone to leave because this person has a weapon,” Beguelin said.

Officers closed off the area around the Georgetown University Bookstore for about an hour after the incident. The suspect was removed from the premises on a stretcher around 5:40 p.m.

Gruber also noted that there were several sightings of the suspect Wednesday evening in the same area before the initial armed robbery.

“Witnesses reported seeing the suspects at several different locations within and around the Leavey Center,” Gruber wrote in an email to The Hoya.

Gruber added that GUPD did not activate the university’s emergency notification system, HOYAlert, Wednesday evening, due to conclusions that the suspects had already left campus.

The female suspect has still not been located.

This story has been updated. Isabel Binamira contributed reporting.