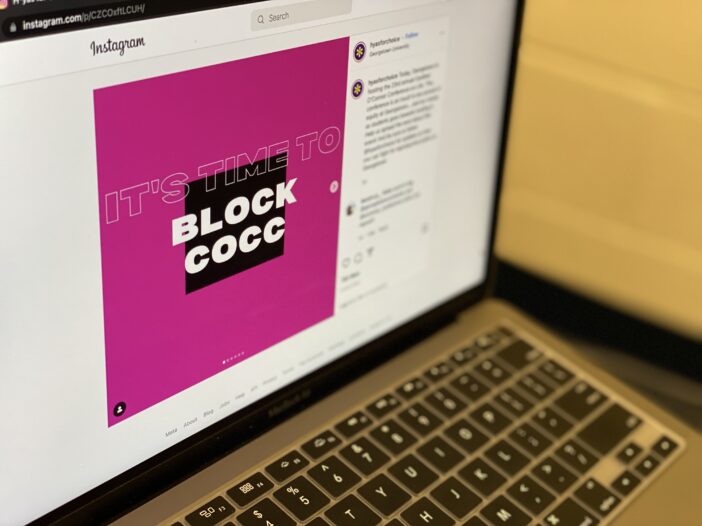 Members of the Georgetown community have expressed anger at the university’s decision to once again host the Cardinal O’Connor Conference (OCC), the largest student-run anti-abortion conference in the United States.

The 23rd annual conference was presented by Georgetown University Right to Life, an anti-abortion student group, and sponsored by the Office of the President. The event took place in Dahlgren Chapel on Jan. 22, with audience members attending virtually. This year’s keynote speaker was Bishop Robert Barron, auxiliary bishop of the Archdiocese of Los Angeles, and panelists included Monsignor James Shea, president of the University of Mary, and Helen Alvaré, professor of law at Antonin Scalia Law School. Students typically protest against the conference; this year, they spread awareness on social media.

The conference is named after Cardinal John J. O’Connor (GRD ’70), a former archbishop of New York. Known as an anti-abortion figurehead, O’Connor also perpetuated homophobic views and policies. For instance, O’Connor staunchly opposed a 1986 New York bill that would grant legal protection to the LGBTQ community. Moreover, he prohibited instruction about contraceptives in AIDS education programs in the Archdiocese of New York in 1987 in an attempt to promote abstinence.

The OCC contradicts ideas touted by the university, according to Chloe Kekedjian (COL ’22), president of H*yas for Choice (HFC), a pro-abortion rights student group at Georgetown.

“The Cardinal O’Connor Conference goes deeply against Georgetown values,” Kekedjian said in an interview with The Hoya. “They’ve consistently claimed that they care about the whole person at Georgetown, and then they bring in speakers that advocate views that are homophobic, racist, sexist and generally very problematic.”

In August 2018, Barron wrote an article minimizing the crimes of former Washington, D.C. Archbishop and Georgetown University honorary degree recipient Theodore McCarrick, who was charged with three counts of indecent assault over the alleged sexual assault of a teenage boy in 1974. Barron has also expressed his disagreement with the U.S. Supreme Court decision to legalize same-sex marriage.

Anna Douglas (COL ’24), a member of H*yas for Choice, expressed concerns about the panelists and speakers at this year’s conference.

“It’s not only a discussion about the pro-life debate, but it’s also a disussion about trying to choose people who are tolerant,” Douglas told The Hoya.

At this year’s conference, Barron took an anti-abortion stance, likening abortion to murder.

In response to the conference, H*yas for Choice posted an Instagram graphic Jan. 22 highlighting its opposition to OCC and Barron, accusing him of opposing critical race theory and restricting reproductive and sexual healthcare.

In a Reddit thread in April, Barron wrote responses in which he opposed critical race theory and abortion.

Nadia Sadanandan (NHS ’24) reposted the H*yas for Choice graphic on her Instagram story to express her anger that the university was again hosting the conference.

“The university definitely should not have held this event but should openly condemn COCC,” Sadanandan wrote in a message to The Hoya. “To me, by holding this event, Georgetown university seems hypocritical and the values it strives to uphold loses all meaning, especially in terms of cura personalis, community in diversity, and social justice.”

This year is not the first time students have opposed Georgetown’s close involvement in the OCC. Last year, H*yas for Choice organized a petition that garnered over 600 electronic signatures from community members calling on the university to condemn O’Connor and the speakers expressing racist, homophobic, transphobic and mysoginistic views.

Public health conditions and the virtual nature of the conference caused H*yas for Choice to emphasize online advocacy, Kekedjian said.

“Because the conference was switched to online at the last minute we decided to focus on virtual action and spreading awareness to engage the student body,” Kekedjian wrote in an email to The Hoya.

The university supports an open dialogue where individuals can express differing opinions, according to a university spokesperson.

“The University works to engage with the plurality of voices that exist among our students, faculty, and staff,” the university spokesperson wrote in an email to The Hoya. “Georgetown is firmly committed to the Catholic Church’s teachings and values, including those about the sanctity and dignity of life, and we strongly support a climate that continues to provide students with new and deeper contexts for engaging with our Catholic tradition and Jesuit identity.”

“The O’Connor Conference board understands the value of community in building a culture of life,” the statement reads. “We believe that, in order to create a truly welcoming and diverse community at the Hilltop, we need to be open to dialogue and conversation that is respectful of our differences and celebrates common ground.”

According to Kekedjian, the ultimate goal of the backlash against the OCC is for the university to reevaluate its role in the conference, which spreads rhetoric that is not representative of the student body.

“What we want to see from Georgetown is them making an effort to change the name of the conference, to remove the fact that the students on campus are currently paying for it, and to be thoughtful of the speakers they choose,” Kekedjian said.

CORRECTION: This article was updated on Feb. 9 to clarify the conference took place in Dahlgren Chapel.