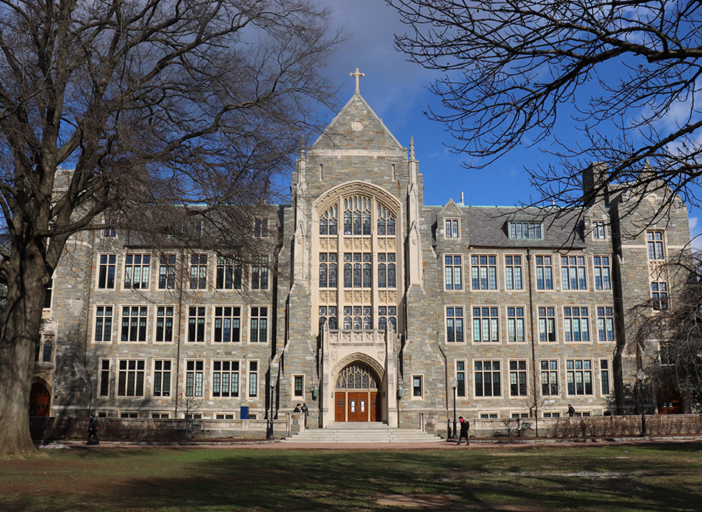 More than 200 students, faculty and graduates have signed an open letter to Georgetown University administrators calling on the school to abandon legacy admissions in light of ongoing discussions about how the university can combat racial injustice.

Legacy admissions, in which children or other relatives of graduates are granted admission preference to a particular institution, is common practice for many of the nation’s top universities.

The practice of giving preference to legacy applicants reinforces economic and racial inequalities, according to the petition, which has garnered at least 235 signatures as of July 6.

“It is a policy that jeopardizes confidence in the qualifications of the university student body as a whole by allowing for a fundamentally flawed metric of academic evaluation and personal character to skew a meritocratic process,” the petition reads. “Most of all, legacy admissions are part of a system of institutional racism that relegates qualified Black students to second-tier status in higher education.”

Additionally, the discriminatory nature of legacy admissions has carried over to new generations, hindering applicants or color and low-income applicants from accessing higher education, according to Amanda Feldman (SFS ’22), one of the petition’s authors.

“It has severely restricted our minority communities from truly being represented at Georgetown,” Feldman said in a Zoom interview with The Hoya. “The policies really heavily favor people who already have a leg up in the system given their privilege, as a result of their wealth. In a sense it gives them two boosts over certain communities who have historically been left out of the college process.”

The practice grants outsize advantages to relatives of graduates, studies have shown. Researchers estimate legacy status doubles or quadruples the likelihood of admission to a selective school. A Harvard University survey of admissions at 30 top universities found that applicants with any legacy connection had received a 23.3% boost in the probability of admission; applicants with primary legacy — a parent who attended the university as an undergraduate — received a 45.1% bump. Legacy admits generally skew white and wealthy.

“When you use legacy admissions as a tool who gets to decide who gets into the university, you are putting people who were explicitly banned from our community at a disadvantage simply because of their identity,” Shaham said in a Zoom interview with The Hoya.

Legacy admissions is not the only problem with Georgetown’s admissions practices, Feldman and Shaham assert.

A university spokesperson did not say if administrators are considering reforms to admissions policy.

“Through a holistic admissions approach, we review all applicants without consideration of a family’s financial consideration or ability to pay,” a university spokesperson wrote in an email to The Hoya. “The Georgetown Scholars Program and Community Scholars Program continue helping the university enroll a more racially and socioeconomically diverse student body, including many first-generation students.”

Feldman and Shaham’s petition follows other efforts from faculty and students to improve Georgetown’s accessibility and diversity. Faculty in the School of Foreign Service drafted a letter to administrators calling on the school to revise its admissions practices and curricular content to tackle racial inequities. Several high-ranking faculty, including Mark Giordano, vice dean for undergraduate affairs in the SFS, and Fida Adely, chair of the Arab studies program, signed the petition.

Left unaddressed, the educational barriers facing low-income students and students of color can risk reinforcing social, racial and economic inequality, according to Shaham.

“When we lock out Black voices from systems of higher education, we’re locking them out from key positions across society,” Shaham said. “Policies like legacy admissions, which significantly disadvantage communities of color, actually have implications generations down the road for American society as a whole.”

This article was updated July 7 to include a university comment.