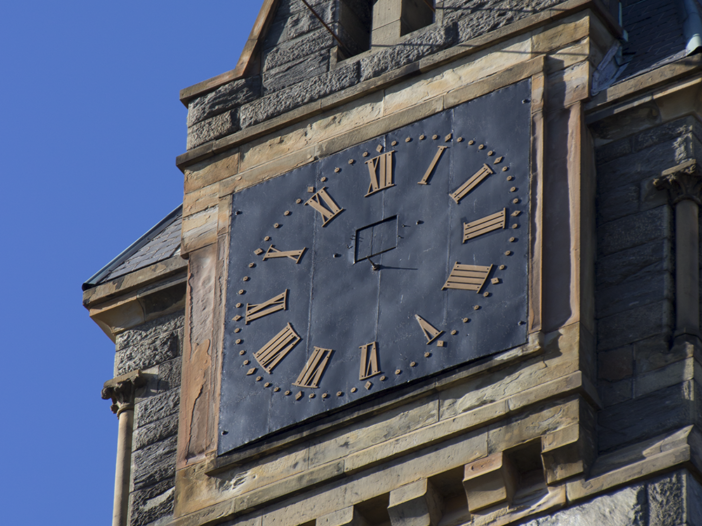 Georgetown University students are calling for the university to establish a Latino studies minor program to promote cultural and historical education and demonstrate Georgetown’s commitment to diversity.

The petition, which was published March 7, was drafted by the Georgetown University Student Association and the Georgetown Latinx Leadership Forum, a group of student leaders who advocate, organize and celebrate Latinx culture. Students are also demanding increased onboarding of Latinx professors, engagement with Latinx communities throughout Washington, D.C., and a student and faculty committee to advise the program, allowing students to learn about Latinx people’s history, culture and narrative within the United States, according to the petition.

“The Latino Studies Minor will provide Georgetown students with the opportunity to learn more about the history of a currently marginalized, under-studied group of Americans,” the Latino Studies Policy Proposal published with the petition reads. “More importantly, Latinx students will finally be afforded the academic space to learn about their identity and all students will now have the opportunity to pursue their intellectual interests in this field of study.”

As of March 16, the petition had over 100 student signatures. LLF and GUSA intend to resend the petition to administrators once it garners 300 signatures, according to Yaritza Aguilar (COL ’22), facilitator chair of the LLF board.

In addition to the establishment of a Latino studies minor, the program should have a sufficient budget to bring in speakers and host events to celebrate Latinx history and to encourage students to visit the local communities of Columbia Heights and Mount Pleasant, according to the petition.

Several other universities, including Cornell, Harvard, Stanford and the University of Southern California offer various options for students to pursue a major, minor or certification in Latino studies.

While students in the LLF and GUSA have spent recent months researching, writing the petition and finding possible professors and courses, the idea for the program has been around for longer, according to Aguilar.

“Having a Latino Studies program is not a new thing that students have advocated for,” Aguilar said in a Zoom interview with The Hoya. “This has been going on for fifteen, twenty years.”

The program would be an interdisciplinary educational experience that would amplify the Latinx perspective in part through the inclusion of more Latinx professors, according to Aguilar.

“We realized we wanted more Latinx professors not just in history or American studies, but in sociology, government, anthropology, in women and gender studies,” Aguilar said. “Latinx students do deserve to learn about their history, and they deserve to learn it from faculty and professors who are Latinx.”

Students can further explore their identities and connect with the Latinx community through the program, according to Elisia Bendy (COL ’23), a former LLF member.

“I think having a Latino Studies minor would provide a space for Latino students to study their histories (which are often obscured/hidden). We could be able to connect a huge part of ourselves to what we study,” Bendy wrote in a testimonial for the Latino studies policy proposal.

“Many of us have not had that opportunity whether it be because of our previous secondary school experience, family dynamics, language barriers, etc. This would also be a great minor for non-Latino people to study and contribute to as well”

Protest for the inclusion of a diversity requirement happened alongside an effort for establishment of La Casa Latina that lasted multiple years. Through student efforts to support Georgetown’s Latinx community, the LLF advocated for La Casa Latina, which was created in 2016 as a safe and inclusive space on campus for Latinx students.

In 2010, the Diversity and Inclusiveness Initiative, a collective effort from faculty, students and staff to examine ways to strengthen Georgetown’s commitment to diversity on campus, recommended the university explore the possibility of Asian American studies and Latino studies programs, which University President John J. DeGioia (CAS ’79, GRD ’95) affirmed.

The proposed minor would include six courses, or 18 credit hours, that center around Latinx culture, history and politics, including Introduction to Latinx Studies and a senior seminar — a similar format to the African American studies program, according to the Latino Studies Policy Proposal published with the petition.

The petition advocates for creating an Asian American studies program as well that, along with Latino studies, is important in order to address wide-ranging issues of insufficient cultural education, according to William Leonard (COL ’23), GUSA executive chief of staff.

“This project would be part of a broader support for more ethnic and cultural studies at Georgetown. We are very much in support of creating an Asian American studies program just as there is an African American studies department already,” Leonard said in a Zoom interview with The Hoya. “We really want this to be a part of a broader movement and we don’t want anyone to think that once we have the Latino studies we’re done. There is a lot more work to be done.”

Georgetown has shown a greater commitment to racial justice with the establishment of the Racial Justice Institute, an interdisciplinary institute aimed to address racial injustice inequities on campus. The institute will encourage research and scholarship across departments as it works to reform Georgetown institutions that uphold racial disparities and raise awareness about racial justice.

Georgetown encourages courses and programs that promote diversity, according to a university spokesperson.

“The University is extremely supportive of exploring course options that share our diversity, equity and inclusion values, and reflect the broad interests of our students,” the spokesperson wrote in an email to The Hoya.

Creating a Latino Studies program would be an extension of the university’s mission and values, according to Leonard.

“I think [Latino studies] is a field of study that has not been given as much dedication or support as older fields of study in the academy and higher education,” Leonard said. “As we’ve seen with [the university’s] establishment of the Racial Justice Institute, they are trying to use higher education as a way to promote racial justice, to promote voices that have been left of the academy. I think this is what this program will do.”