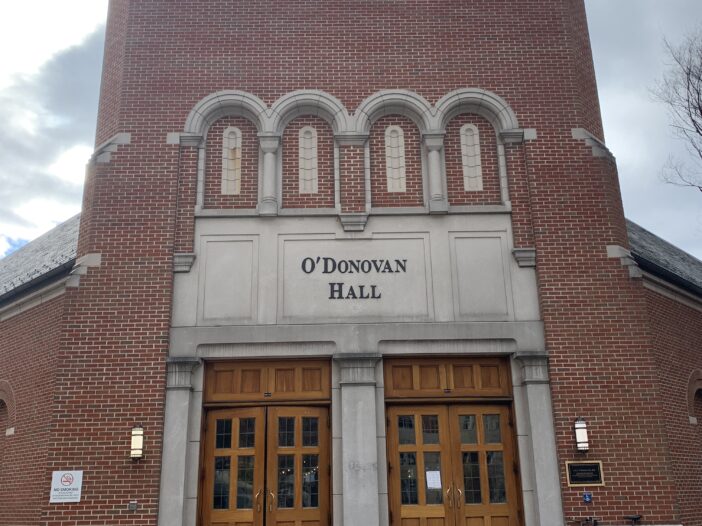 The closing of all dining halls accepting meal swipes on campus over Easter break prompted student concerns about food security on campus.

During the April 13 to April 18 break, Georgetown University closed all dining locations, including Leo J. O’Donovan dining hall, the only dining hall on campus. Only Epicurean and Company, a restaurant that requires the use of Flex dollars or other methods of personal payment, remained open for the duration of the break. Students expressed concerns about food options over the break due to the closure of Leo’s and other campus dining locations.

“As an independent student I often wonder where I’m going to get my next necessity,” Frazier wrote to The Hoya. “I’m already worried about being homeless this summer and every break I often have to ration meals. They should be available to anyone.”

Concern over food insecurity extends back semesters, with students expressing concerns over Thanksgiving break last fall. Over 50 students approached the Georgetown University Student Association (GUSA) about food options during the break after the university closed Leo’s.

Many students chose to remain on campus due to the brevity of the break, so the university’s decision affected more students than during other breaks, according to GUSA President Kole Wolfe (SFS ’24).

“The university’s decision to close all meal plan dining locations was ill advised, especially because a majority of the student body is obligated to purchase the meal plan, and many students on campus during the break rely on Leo’s, RJ, and Crop Chop for their meals and can’t afford to double pay for food,” Wolfe wrote to The Hoya.

Royal Jacket, a sandwich shop, and Crop Chop, a salad bar, both accept meal swipes and were closed during the break.

Emma Barbazette (NHS ’25), who remained on campus for the break, was not surprised by the university’s decision to close dining locations.

“The lack of food options over break was very frustrating for those remaining on campus, but unsurprising given issues that many students have had with food security in the past. There was only one food option available on campus – Epicurean – and it was one for which we had to pay,” Barbazette wrote to The Hoya.

The current meal plan policy requires all students living on campus to enroll in a meal plan. First-years and sophomores are limited to the most expensive All Access 7 Plan, which includes unlimited meal swipes at Leo’s and costs $3,260.

The university’s decision to close dining locations was made after an assessment of student needs, according to a university spokesperson.

“Demand for on-campus dining typically declines significantly over break periods and Epicurean continues to be able to easily support the volume of demand during these times,” the spokesperson wrote to The Hoya.

Students can use Flex dollars, which are part of meal plans, at Epicurean or visit the Hoya Hub, a campus food pantry that remained open during the break, according to the spokesperson.

The Georgetown Scholars Program (GSP), which provides support for first-generation low-income students, distributed meal vouchers for the break, according to the spokesperson.

Serena Barish (COL ’25), who remained on campus over the break, said the lack of support from the university was frustrating given that many students chose to remain on campus for financial reasons.

“I feel as though many people made the plans to stay on campus over break with the intention of saving money. Therefore, the University forcing these students to pay for food appears counterproductive,” Barish wrote to The Hoya.

The lack of support for students over breaks reflects a larger problem on campus, Barish said.

“It reflects the larger culture on campus of a lack of awareness of the varying financial situations of students,” Barish wrote.