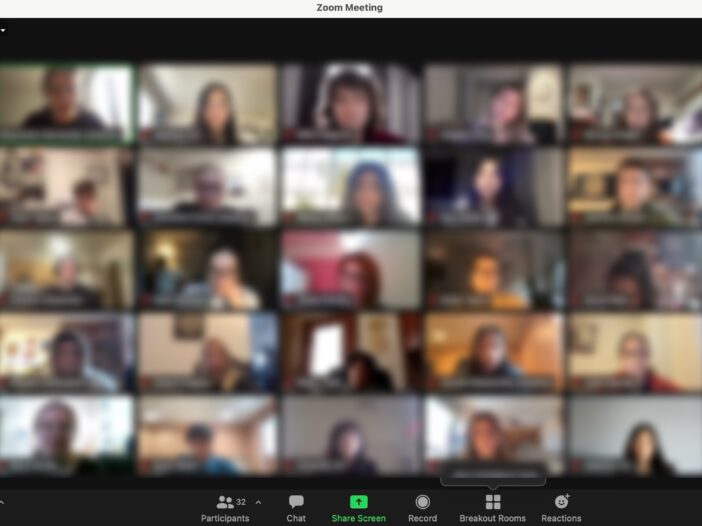 Students are petitioning for a tuition reduction following Georgetown University’s announcement that classes will be held virtually through Jan. 30.

The petition, which has garnered 230 signatures as of Jan. 20, calls on the university to provide a tuition reduction for the period in which classes remain virtual and refund housing and meal plan costs for students returning to campus later in January. In anticipation of a surge in COVID-19 cases due to the highly transmissible omicron variant, the university plans to operate virtually through Jan. 30, with in person instruction planned to resume Jan. 31, according to a Jan. 5 email sent to campus community members from University President John J. DeGioia (CAS ’79, GRD ’95).

Although students were permitted to return to their on-campus residences beginning Jan. 11, they can choose to return to campus at a later date in January. Additionally, some main campus spaces will operate at reduced capacities and all dining locations are grab-and-go until further notice. Eating and drinking is also not allowed in any nonresidential campus building, including Lauinger Library.

Dalton Nunamaker (COL ’22), who co-wrote the petition, said he was inspired to circulate the petition after the spring plan did not include a tuition discount.

“I sort of took charge because I’m a senior and I was frustrated with a lot of these policies and the lack of respect for student interests,” Nunamaker said in an interview with The Hoya. “I just thought it was a shame that our administration didn’t see the value of being here for students.”

Katelyn Rickert (COL ’24), who also contributed to the petition, said she was disappointed the university did not offer a tuition discount despite offering a discount for the 2020-21 academic year

“The main reason that we were angered by it is because they did give a 10% tuition reduction when we were fully online last year,” Rickert said in an interview with The Hoya. “The university obviously recognizes that online classes are not the same as in person classes and they’re not the same value, so that’s why we wanted to demand a tuition reduction for these two and a half weeks.”

The petition also requests that if reductions are given, the university provides evidence that the amount refunded is adequate for each student’s situation.

“Evidence that the amount of money being refunded corresponds to what students are missing out on, whether it be from online class, choosing not to use the meal plan or not having access to the Yates Field House,” the petition reads.

The petition does not specify a method for this explanation.

Additionally, the petition demands a refund equal to the period students are not permitted access to Yates Field House, a campus recreation space, which is planned to re-open at limited capacity on Jan. 21.

Yates’ closure has disproportionately impacted ROTC students who depend on the gym to fulfill their requirements, according to Jacob Adams (SFS ’23), who co-wrote the petition.

“ROTC people have to work out for their requirements and I know for a fact at least one ROTC person had to get a separate gym membership so that he could work out,” Adams said in an interview with The Hoya. “Even though they’re reopening the gym, he already had to buy a separate gym membership — it just seems extremely inconsiderate for students to make them do that.”

The current spring semester guidelines are not the value of a Georgetown experience, according to Rickert.

“Getting a true Georgetown education, that’s what we all came here for and that’s another reason why we want to ask for a tuition reduction,” Rickert said. “We are missing out on a lot of those in person opportunities that come with what we’re paying for our tuition.”

The lack of response from administrators to students’ concerns is frustrating, according to Rickert.

“The university just doesn’t consider these things from a student’s perspective, and it’s frustrating to see the administration officials just brush us off and not really take our demand seriously,” Rickert said. “It’s just really frustrating to attend Georgetown at the moment.”