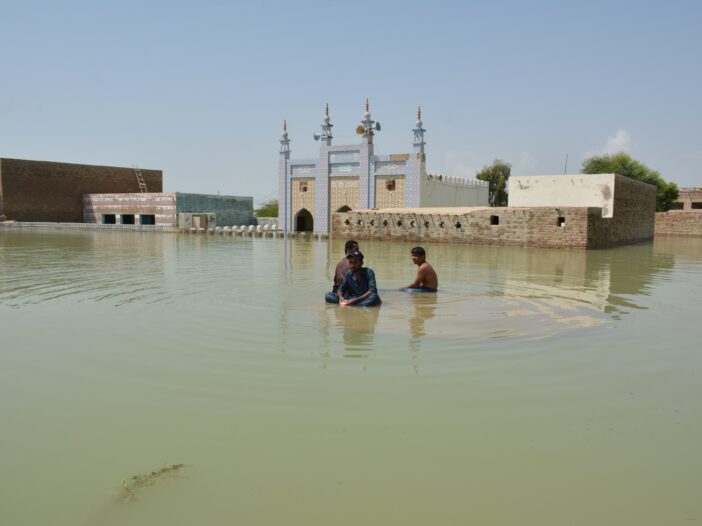 Georgetown University students have raised over $4,000 for Pakistanis who were displaced by severe flooding that has left one-third of the country underwater.

The Muslim Students Association (MSA) and the South Asian Society (SAS) co-sponsored an open-mic event in the Healey Family Student Center (HFSC) Social Room on Sept. 22 to raise money to provide aid for those affected by the floods. All the funds raised from the event were donated to Helping Hand for Relief and Development (HHRD), a humanitarian organization working on-site in Pakistan to provide food, clean water, temporary shelter and more to those displaced by the flooding.

MSA President Manahal Fazal (SFS ’24) said this catastrophe is only the beginning of the disastrous effects of climate change playing out in Pakistan.

“Pakistan has experienced floods in the past; however, these floods have been far more severe than anything the county has seen,” Fazal wrote to The Hoya. “Another critical point to keep in mind is that Pakistan has the most glaciers outside of the north and south poles. We are already seeing the results of climate change, and at the scale it is going right now, it will only get worse.”

According to a Sept. 21 report by UNICEF, approximately 33 million people, including 16 million children, have been impacted by the floods since they began in June 2022, with as many as 7 million being temporarily displaced.

SAS Multicultural Chair Sanchi Rohira (SFS ’24) said the fundraiser, which is still accepting donations, greatly exceeded the expectations HHRD had for the event.

Full disclosure: Sanchi Rohira is a news staffer at The Hoya.

The fundraiser featured eight individual and pair performances and four performing arts groups, including both of Georgetown’s South Asian dance teams Guzaarish and Jawani, as well as Latin dance group Ritmo y Sabor and co-ed a cappella group the Saxatones. The fundraiser also had a silent auction featuring artwork donated by members of the campus community.

Nile Adhami (COL ’25), the director of programming of MSA and the social chair of SAS, said the event served as an opportunity to celebrate students’ artistic abilities while raising funds for an important cause.

“We decided to make this event an open-mic night to highlight the diverse performing arts talents within the South Asian community, as well as the broader Georgetown community,” Adhami wrote to The Hoya.

Fazal said they chose to donate to HHRD because someone from the organization reached out to MSA asking if the club was going to do anything about the flooding, and they knew it was a trustworthy organization that would have a positive impact on Pakistan. Saad Abbasi, a representative from HHRD, gave a short presentation on the work the organization does and thanked the Georgetown community, SAS and MSA for putting on the event.

Adhami said when Fazal introduced the idea for the fundraiser in late August, event planners immediately began looking for other student organizations to collaborate with.

“The need to act in solidarity and work to help the people of Pakistan struggling under this immense climate-change driven disaster was obvious, and we quickly got to work in reaching out to the South Asian Society (of which I am the social chair) to have their help as a co-sponsor,” Adhami wrote.

Rohira said nearly 200 people showed up to the fundraiser, double what the organizers were expecting.

“So many people in our community made me proud through their engagement with this event,” Rohira wrote to The Hoya. “Our performers and silent auction artists stepped up by bringing their outstanding talent to raise money for a cause as important as this.”

Rohira said she is glad student attendees recognized the significance of this catastrophe and showed up to provide their support.

“Ultimately, the event was only successful because enough members of the Georgetown community understood the importance of spending their Thursday night in recognition of one of the most devastating natural disasters in South Asia’s history, and in solidarity with the people of Pakistan,” Rohira wrote.