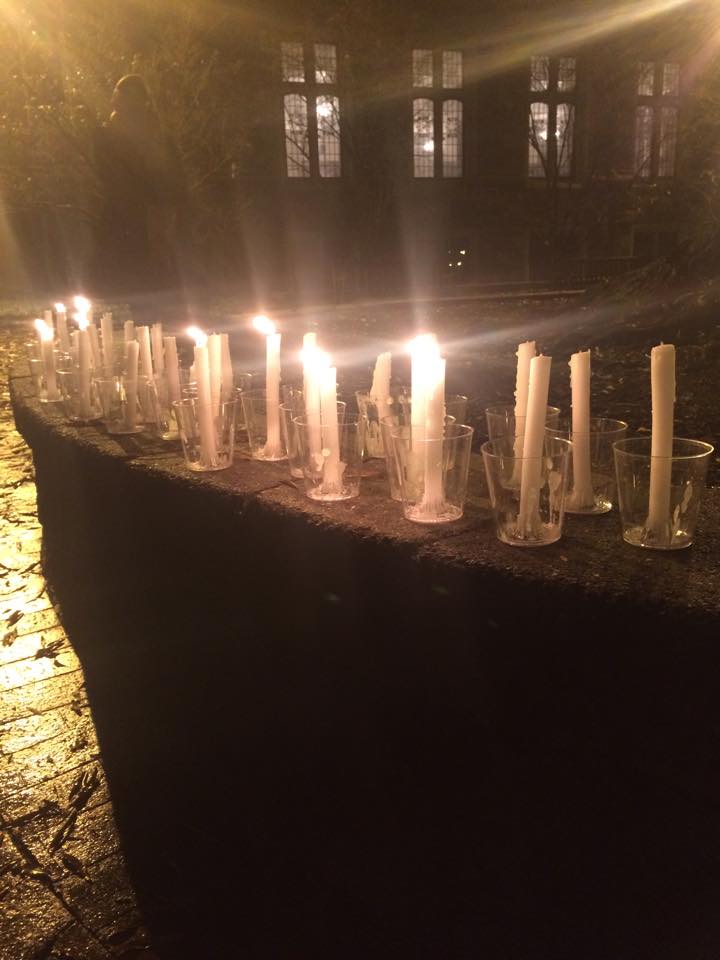 Students in the GU South Asian Society, the Muslim Student Association and the Interfaith Student Association hosted a vigil Tuesday evening in Red Square in response to Tuesday’s Taliban attack on a school in Peshawar, Pakistan that left 141 people, 132 of them children, dead.

“We all agreed that this was something that was important for the Georgetown community to pause and recognize,” Matin, who helped organize the event, wrote in an email. “We wanted to give people a place to come together and mourn.”

Matin said that the vigil provided students with an opportunity to join together in the face of an unthinkable and horrific event.

“I think I felt the same thing that so many other people did: complete shock and sadness. It’s the kind of thing that’s a little difficult to fully grasp,” Matin wrote. “The fact that it was so many children doing nothing more than going to school and doing what is the right of every child — I think that’s one of the reasons this tragedy has sparked an emotional reaction globally.”

“This was a large turnout, as we began to advertise the vigil at around 5 p.m.,” Khan wrote in an email. “The fact that so many people came, despite such last minute notice, confirms that there was a need for this vigil. We needed to grieve together and find solace in each other.”

“It’s moments like this that we realize that the pursuit of knowledge is a much more precious and coveted right than we realize,” Matin wrote. “We should feel grateful being students and recognize the tragedy that 132 kids have been robbed of the chance to become all that they can be as students and citizens.”

Sidīkī, who was born in Pakistan and lived there for 17 years, read a prayer at the vigil before students took a moment of silence.

“I began with the standard ‘Certainly, we belong to Allah and it is to him that we return,’ a verse in the Quranic which is read at funerals,” Sidīkī wrote in an email. “I asked everyone who had gathered to join me in praying for the victims, that God grant them a high place in heaven, to ease the suffering of the injured, and to give strength to their families to cope with the ordeal, and that God protect us from violence, especially that perpetrated in his name.”

Sidīkī, who came up with the idea for the vigil, said that the tragedy deeply disturbed him.

“I personally was very disturbed, especially because I was born in Pakistan and lived there was 17 years, and I could have been one of those children,” Sidīkī wrote. “You hear about these things happening all the time but when it’s children who are targeted, it makes you realize how desensitized everyone has become to the violence in Pakistan.”

The D.C. community also participated in a vigil Wednesday afternoon at Dupont Circle Fountain to mourn. Over 3,000 people attended the event.