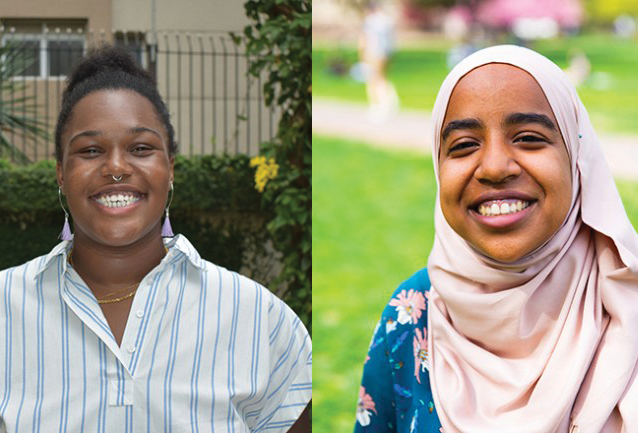 Georgetown University seniors were honored with Dean’s Medals, a Yenching Scholarship and Fulbright Awards this spring in recognition of their achievements at the university throughout the semester.

Two of the four undergraduate schools have released the names of the individuals who have earned the highest grade point averages in their class. Eileen Yee (NHS ’19), a human science major, will receive the Dean’s Medal for highest cumulative GPA. at the School of Nursing and Health Studies’ Tropaia ceremony on Friday, according to Senior Director of Communications and Strategic Initiatives Bill Cessato.

The College will have three valedictorians: Russell Wirth (COL ’19), Julie Bevilacqua (COL ’19) and Agnes Donnelly (COL ’19), according to Sue Lorenson, vice dean for undergraduate education for the College.

The School of Foreign Service does not announce the name of the Dean’s Medal recipient until Friday’s Tropaia ceremony, and the McDonough School of Business has also not yet released the name of its valedictorian.

In addition to academic honors based on grade point average in each of the schools, both junior and senior students have received fellowships and awards throughout the semester in the form of scholarships and grants.

Fifty-one Georgetown students were offered Fulbright Awards to go abroad for the 2019-20 academic year, including 27 graduating seniors, but some students are still deciding whether they will accept the award, according to Tuckley. Fulbright scholars receive federal funding through grants that can be applied to study abroad after graduation, conduct individual research, pursue master’s degrees or teach English in foreign countries.

Scholars are chosen based on an affiliation letter from the student’s university and a research project proposal alongside submitted recommendations, transcripts and a personal statement.

Mayeesha Galiba (COL ’19), one of this year’s Fulbright recipients who has chosen to accept the scholarship, will be studying in Serbia through the grant in the 2019-20 school year, she wrote in an email to The Hoya.

“I plan to learn Serbian and hopefully learn to read the Cyrillic alphabet,” Galiba wrote. “I also hope to take the time during my fellowship to shift my focus away from being a student within the structured academia of Georgetown and towards developing a sense of independence and innovation as I work within the parameters of my Fulbright.”

Gary Xie (SFS ’19) was selected as a Yenching Scholar in January following an internal nomination process through Georgetown. Xie will be among 125 individuals from 40 countries pursuing a master’s degree in China Studies at Yenching Academy of Peking University in Beijing, China, this fall through the scholarship. Xie began working on his application for the program in April 2018 and worked with the GOFAR office to create multiple drafts of his application, Xie said.

Though he intends to major in economics and management, Xie also hopes to expand his studies into the natural sciences and rural China Studies through the fellowship while at the university, according to Xie.

“The Fellowship gives me a lot of flexibility to take almost any course Peking University has to offer. I want to expand my course selection to areas I haven’t really been taking at Georgetown,” Xie wrote in an email to the Hoya. “I think it’s the perfect program to explore China and its intellectual treasures.”

Two students from this year’s junior class, Sinclair Blue (SFS ’20) and Mena Mohamed (SFS ’20), are recipients of the Truman Scholarship. Only 62 undergraduates were selected for the honor, which grants students $30,000 toward up to three years of graduate education leading to a public service career.

Blue plans to pursue a dual master’s degree in public health and urban planning and hopes to work for a nonprofit that advance food justice in Washington, D.C., while Mohamed intends to earn a master’s in both international affairs and urban planning, according to the Georgetown website. Mohamed said the application process allowed her a lot of space for self-reflection to consider what the path of public service means to her.

Mohamed also looks forward to learning from other scholarship recipients in the program, she wrote in an email to The Hoya.

“I am most excited to meet the other Truman Scholars for this year and engage with what others are passionate about,” Mohamed wrote in an email to The Hoya. “It is an honor to be able to share this award with so many interesting and engaged students.”