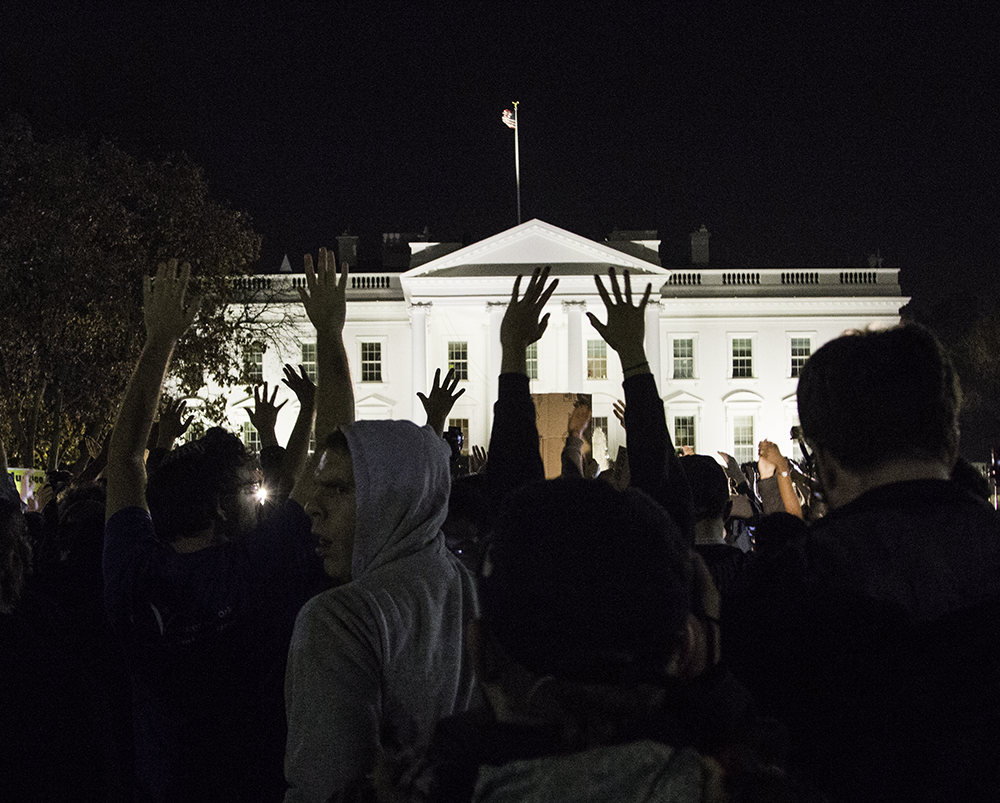 Protests broke out in Ferguson and across the nation Monday night. In Washington, D.C., protesters convened on U Street and marched to the White House. Among the protesters were students from Georgetown, Howard University and other D.C. colleges.

“We have to have a sense of accountability. If you shoot a kid with his hands up for allegedly stealing Cigarillos, you deserve to be in trouble for it,” Tarik Endale (NHS ’16), who attended the demonstrations at the White House, said. “That’s kind of how the justice system works, but apparently it doesn’t apply to the people who are supposed to be enforcing it.”

At midnight, the protesters left the White House and marched toward Chinatown. Demonstrations are planned for every day this week, including a protest at Mount Vernon Square on Tuesday at 7 p.m. and a protest at Union Station early Wednesday.