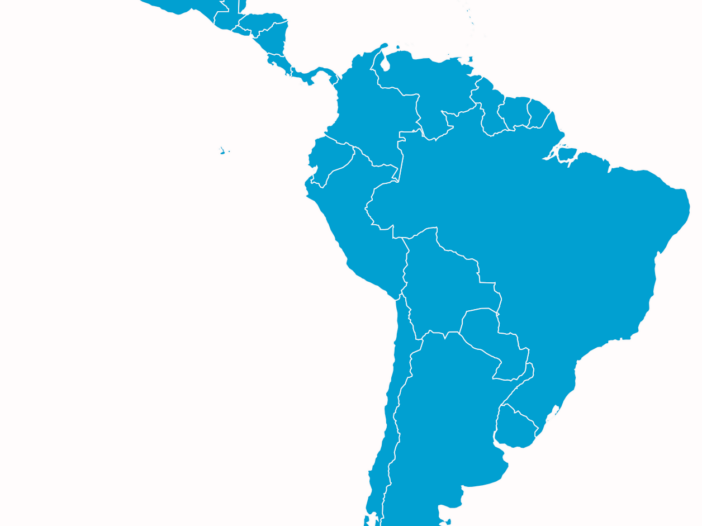 Students from the Georgetown University Medical Center’s Center for Global Health Science and Security and the School of Foreign Service’s Center for Latin American Studies (CLAS) will publish their final update to an interactive map detailing the impact of the COVID-19 pandemic in Latin America and the Caribbean on Dec. 6.

Since the start of the pandemic, a group of eight undergraduate and graduate student researchers has worked on the Latin America and Caribbean COVID-19 Map, which allows viewers to explore the effects of the pandemic in the two regions on three parameters: governance and the rule of law, growth and innovation, and social and cultural inclusion.

After field research was canceled because of travel restrictions in the spring of 2020, CLAS switched its focus entirely to examine the impact of the pandemic in Latin America and the Caribbean, according to Angelo Rivero Santos, the director of academic affairs at CLAS.

“Over the past few months, we have realized that governments are trying to adjust not only to deal with the pandemic but to build with the social, economic, cultural, political consequences of the pandemic,” Santos said in an interview with The Hoya.

Accessing reliable sources, particularly in smaller countries and among historically excluded populations, has proven difficult, according to Santos.

“You are depending on networks, on contacts, on the creativity of the researcher to find information in the local languages,” Santos said. “That has been a challenge but also a wonderful experience. It exposes our students to the challenges of doing research in a pandemic.”

The team has worked to navigate issues with compiling data, according to Alexander Cordovés (SFS ’22), a member of the spring 2020 team who aided in building the website and now works to edit the website’s Spanish content.

“We use primary sources from newspapers from the countries, journals. Because most of us don’t actually live in the region,” Cordovés said in a Zoom interview with The Hoya. “I am a native Spanish speaker but that is not the case of the entire team. And, we are not only talking about Spanish in the region: Portuguese, French and Dutch are also spoken in Latin America and the Caribbean. In making sure that our sources are correct, complete and unbiased, we need to make sure that we are first familiar with the language.”

CLAS has been particularly focused on highlighting the effects of low vaccination rates in these regions, according to Fr. Matthew Carnes, S.J., the director of CLAS.

“In Latin America, rates of vaccination are still much lower. And they vary tremendously across the region. This is a pressing urgent public health issue in a way that sometimes we can forget here. One of the things that keeps us motivated about it is paying attention to how important this is in the region,” Carnes said in an interview with The Hoya.

Because of a lack of vaccine availability in the regions, only around 37% of people in Latin America and the Caribbean have been fully vaccinated against COVID-19.

The website now receives thousands of visitors per month, according to Cordovés.

“It is very gratifying to see that the map has been very useful not only in academic settings but also for information in general and for people interested in learning more about the region,” Cordovés said.

Additionally, the archival of the map’s data in the Library of Congress has made it more accessible to students, professors, universities and researchers, according to Carnes.

“Students really appreciated the chance to have something that was making a concrete contribution at this moment,” Carnes said. “Within a year of starting it, the Library of Congress had found it, and they have now archived it as one of their permanent records of what happened during the pandemic.”

The database will continue to expand and become more accessible to researchers across fields, according to Carnes.

“Once you build a database, it then becomes accessible to researchers who ask questions of it and use data from it in ways that you never envisioned,” Carnes said. “That’s what is so exciting. Whole new insights can come that we didn’t have, but we laid the groundwork for.”