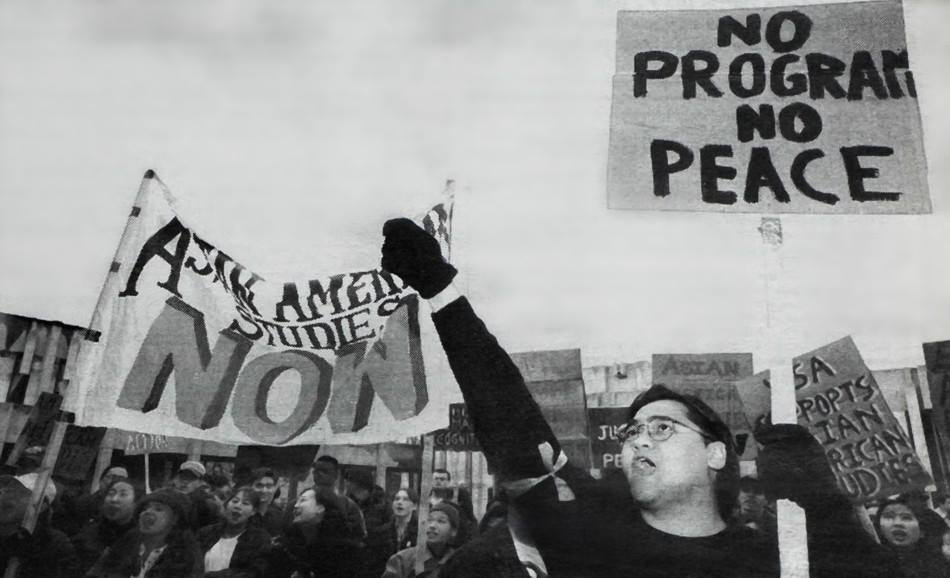 Student-run Asian cultural groups launched a photo campaign called to raise awareness to a lack of academic programming on Asian-Americans studies at Georgetown University on Monday.

The week-long campaign, entitled “Georgetown Doesn’t Teach Me,” is based in the Leavey Center and features students taking photographs of signs completing the sentence “Georgetown doesn’t teach me…” to call for greater curricular options in Asian-American experiences.

Georgetown Asian and Pacific Islander Leadership Forum and the Georgetown Asian-American Student Association’s Political Awareness Committee, two affinity groups for Georgetown students of Asian descent, collaborated to organize the campaign to take photographs of students, which are set to hang in Midnight Mug following the campaign’s conclusion in February.

The university’s commitment to inclusivity is undermined by a lack of curricular representation for Asian-Americans, according to Jennifer Sugijanto (COL ’20), a member of APILF.

“Our goal is tangibly more classes but I guess in a more abstract way, our stories represented in classrooms,” Sugijanto said. “If you’re going to say that you’re inclusive, you’re going to bring in these POC students, how are you going to represent them in the curriculum?”

The focus of the campaign is broad and seeks to represent Asian-American diversity through curriculum, APILF member Nataliyah Tahir (SFS ’20) wrote in an email to The Hoya.

“Not only do we want classes on and faculty specializing in Asian America, we want them to reflect the diversity of the diaspora — particularly members of our community who have traditionally been marginalized and erased from mainstream Asian American narratives,” Tahir wrote.

While planning this campaign, APILF and AASA collaborated with students at universities and colleges such as Yale University, Duke University and Amherst College. These universities each had or plan to have their own iteration of this campaign as part of a larger student movement for ethnic studies programs, according to Sugijanto.

In 2010, the Diversity and Inclusiveness Initiative, a collective effort from

faculty, students and staff to examine ways to strengthen Georgetown’s commitment to diversity on campus, made recommendations to the university. Georgetown University President John J. DeGioia affirmed these recommendations, which included exploring the possibility of creating an Asian-American Studies program.

“Nine years ago, President DeGioia claimed the university would “explore creating new programs” in African American, Asian American and Hispanic/Latinx Studies. Now, we are calling for Georgetown to live up to its promises,” APILF wrote in its campaign description on Facebook.

Professor Christine So, an associate professor in the English department, is the only tenure-line faculty member at the university with a specialization in Asian America. So has taught a course in Asian-American literature since spring 2014, and for the first time this semester is teaching “Intro to Asian-American Studies.”

The class has led to greater intellectual engagement with Asian-American issues, So wrote in an email to The Hoya.

“Their intellectual energy and focus have really highlighted the need for more classes like this at Georgetown,” So wrote. “It has filled a gap for those who are trying to make sense of how Asian Americans have historically been and continue to be marginalized within the United States.”

Aside from these two course, Georgetown does not offer any other classes on Asian-American studies.

Following the Diversity and Inclusiveness Initiative, the university established an African-American Studies department in 2016. Students in the previous year have pushed to develop the Women and Gender Studies program into a full department, but the university does not yet possess majors or minors for Asian-American studies or Latinx studies.

Jenny Xu (COL ’21), a participant in the photo campaign, said that she hoped the campaign would increase visibility on campus for Asian-American issues.  (Full disclosure: Xu is a member of The Hoya’s editorial board.)

Asian-American studies programs can provide a different perspective that may not come from other academic or even social experiences, So said.

“It’s important for students to see how all of these events are connected to and resonate with each other in courses that focus wholly on the theories and material realities of Asian-American racial formation,” So said.

The burden on Asian-American students to inform their peers was another reason for her support of the campaign, Xu wrote.

“Because anti-Asian racism is not taboo enough, it’s often up to me to explain to them why it’s wrong when that is not my purpose in existing on this campus,” Xu wrote. “It’s dehumanizing, it’s exhausting, and it’s my hope that with increased Asian-American studies courses, professors, and issues integrated into relevant courses in other fields, this dynamic can change.”