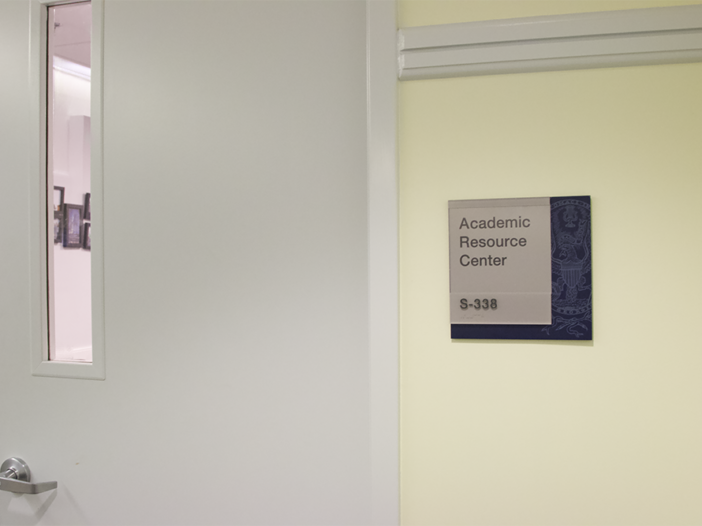 A large number of Georgetown University students requiring special academic assistance have reported difficulties accessing these accommodations after the university transitioned to online learning in March.

The Georgetown Disability Alliance, a student group that advocates for Georgetown’s disabled community, has received numerous complaints from students about the inaccessibility of traditional accommodations, including inadequate time provided for tests and issues with the visual enlargement of materials. Additionally, because of the COVID-19 pandemic, a new category of issues concerning COVID-19-related accommodations has emerged. Such accommodations include not requiring the use of webcams during class recordings and having transcriptions of classes that are recorded, among other resources, according to a GDA board member.

Some students who spoke directly with The Hoya said the university’s Academic Resource Center, which offers extra academic support for disabled students, failed to respond to student concerns and provide adequate support during the transition to online learning.

These accessibility challenges persisted through the end of final examinations May 9, causing additional stress and difficulty for students who requested additional support for finals. One student who spoke with The Hoya, referred to here as Doe to protect their privacy, was unable to use necessary extra time on exams because of the confusing circumstances.

“Throughout my distance learning experience the ARC was basically absent,” Doe wrote in a message to The Hoya. “For my finals there were times I opted not to take my extra time because there were little instructions about how to request it and how it would be implemented.”

During a standard in-person semester, the ARC proctors separate testing sessions during final exams for students who need extra time or other accommodations. ARC officials coordinate with professors to acquire the necessary exam materials and advocate on behalf of students who may be struggling to get a professor or department to implement certain accommodations.

In place of official support from the ARC, students were pushed to rely on their professors, according to Doe.

“I believe that I only received one email from the ARC throughout this entire situation, encouraging students to directly reach out to professors about accommodations instead of going through the center,” Doe wrote.

Ari, another student who sought accommodations and wishes to remain anonymous, also spoke to the ARC’s absence during online learning. Ari is typically granted extra time on exams and must take timed assessments on paper because of an eye condition that prevents them from processing images clearly, especially those on a computer screen.

Many of their professors were flexible and able to accommodate their needs, Ari said. However, the ARC’s absence proved consequential when professors or departments were not accommodating.

With unclear guidance from the ARC and uncertainty about online exam accommodations, Ari struggled to coordinate accommodations for final exams. Ultimately, they felt compelled to take any class that required an exam as satisfactory, unsatisfactory or no-credit for fear their needs would not be met.

“These are classes that I could have done well in given the appropriate circumstances and actual support. I wouldn’t have had to pass-fail,” Ari said. “But I just wasn’t willing to risk it.”

Ari also encountered difficulties with online learning before final exams rolled around. During live online lectures, during which they could not take breaks, Ari had to sit through hours of physically taxing sensory overload because of the screen’s light. When choosing classes for the fall semester, Ari chose to avoid small, discussion-based courses for fear they might have to deal with similar circumstances.

“I shouldn’t have to base my next semester schedule off the fact that I’m worried about how my accommodations are going to be met in an online environment.”

While many students have confronted challenges following the transition to virtual learning, students with accessibility concerns are faced with additional anxiety, according to GDA Advocacy Co-Chair Andrew Bialek (COL ’22).

“Students have faced a myriad of problems relating to accessibility, access, and accommodations,” Bialek wrote in an email to The Hoya. “While most students across the university have encountered some sort of access issue during the transition to online/virtual learning, individuals who require accommodations from the University have had a tremendous amount of additional stress and burden placed upon them.”

These accommodation issues stemmed from the university’s unpreparedness to transition to a virtual environment and an overall lack of attention paid to issues of disability, Bialek added.

“These additional burdens emanate from both the unpreparedness of society (for the University cannot really be blamed for having to transition online) to handle a crisis such as this, and a pre-existing ambivalence to disability needs by institutions for higher education,” Bialek wrote.

In a brief message sent out to the Georgetown community April 6, Vice Provost for Education Randall Bass and Vice President for Student Affairs Todd Olson urged professors to check in with their students and introduced a slate of resources available to professors to assist their students. The university also established the Academic Accommodations Steering Group to fix the accessibility problems, according to Bialek. The group, which is composed of staff from the ARC, the Center for New Designs in Learning & Scholarship, University Information Services, the Office of Student Equity and Inclusion and the GDA, was created by Bass shortly after the transition to virtual learning.

The Academic Accommodations Steering Group worked to address accessibility issues during finals week and will continue to ensure students have full access to accommodations during the summer term, according to Joseph Fisher, executive director of the ARC.

“During finals, the Academic Resource Center worked extensively with faculty, CNDLS, and representative deans from across the campus to ensure that student accommodations were met and honored during the exam period,” Fisher wrote in an email sent to The Hoya. “We take the concern that students didn’t receive accommodations seriously, and urge all students who feel this to contact the Academic Resource Center. As we move into online summer courses we will continue to work to ensure our students are given all appropriate accommodations.”

The university’s efforts, however, did not adequately address the needs of students, and administrators did not convey that these resources were understood and utilized by professors, according to Ari.

“They never expressed to us that they were reiterating to their teachers that students’ needs might change transitioning to an online classroom,” Ari said. “All of my immediate friends who also test [in the ARC] have experienced various problems. It’s all been in the realm of professors being unwilling to transition and then reaching out to the ARC for support and just not getting an adequate response from the ARC.”

The GDA has renewed its push for support in light of the complaints, hoping to secure better procedures for the fall semester. The organization has met with student government officials and continued its advocacy with the university. In March and April, the group hosted general body meetings via Zoom to discuss accommodation problems, as well as issues regarding medical housing, a lack of resource accessibility and challenges faced by the faculty.

Doe hopes the university will learn from its mistakes and pursue meaningful changes to support students in need.

“The transition to a completely online learning experience was tricky as a student with ADHD, and I’ve heard similar sentiments echoed by peers with all kinds of learning differences,” Doe wrote. “I really wish the ARC had been more active on this front, and had reached out with resources, or even just encouragement for the students they work with.”