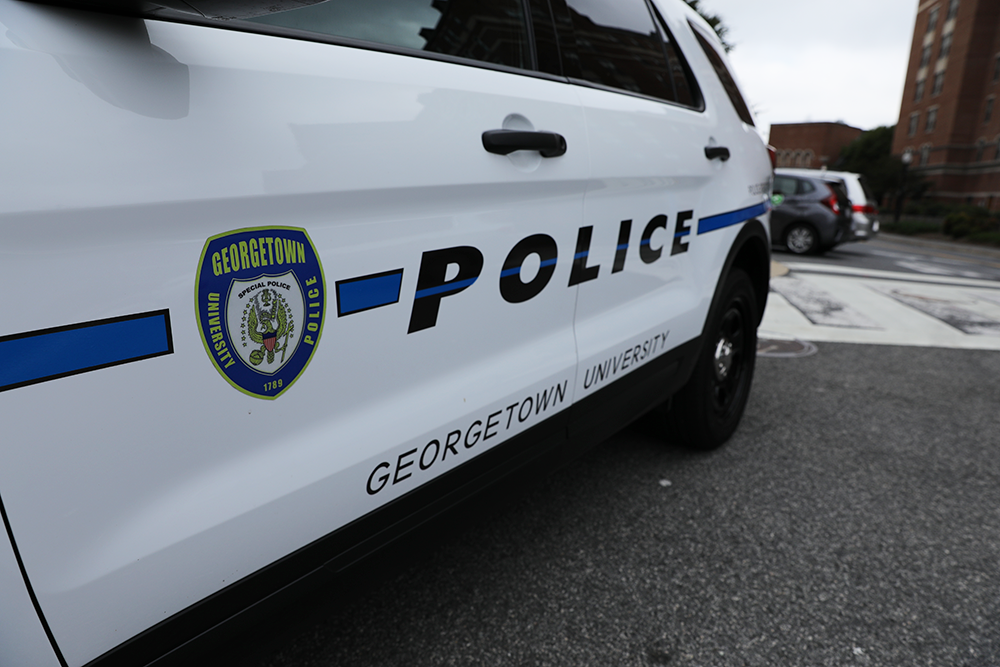 The GUAPA letter comes in response to another letter from a student group called GU Advocates for Responsible Defense, which called on the university to arm GUPD officers and Metropolitan Police Department officers to patrol campus while GUPD underwent firearm training. In its letter, GUARD said that GUPD officers would be better able to defend students from armed attackers if they were armed themselves, pointing to the armed security guard in a Maryland high school who recently stopped a shooting in under a minute as an example.

“We recognize and understand the university’s dedication to engaging with the voices and concerns of all of its students,” the letter reads. “However, as a larger representative of the student body, we stand against the demands of the 20 students earlier this month calling for the armament of GUPD and for an increase in the presence of MPD on campus. By seeking to fulfill the demands of these few students, the administration would simply threaten the safety of its workers and students.”

The group cited a history of “racial profiling and abuse of power by GUPD” as a key reason the members do not believe officers should be armed. These alleged instances of profiling, which include Georgetown community members of color being ordered to leave a building or campus area and being asked to prove that they are a Georgetown student or worker, were uncovered through community discussions facilitated by GUAPA, according to the letter.

“In light of these facts, it is evident that equipping GUPD with guns and increasing MPD presence would only serve to increase the probability of a gun related tragedy on campus,” the letter read.

Asked for comment on GUAPA’s allegations, university spokesperson Matt Hill wrote in an email to The Hoya that Georgetown is “unaware of any of the incidents you described being reported to the university.”

GUPD has partnered with the university’s LGBTQ Resource Center and the Office of Institutional Diversity, Equity and Affirmative Action since 2016 to conduct implicit bias training, bias reporting training and training on transgender issues with its officers, according to a university spokesperson.

The university has not indicated whether it would or would not consider arming GUPD, but Gruber defended the current policy as consistent with the practices of other universities in the region.

“Our top priority is the safety of our community and we are constantly working to prevent violence,” Gruber wrote in an email to The Hoya. “Our current policy follows the same model as other local institutions in the region, including George Washington University and American University. GUPD coordinates closely with MPD and regularly conducts joint drills.”

Juan Martinez (SFS ’20) and Abreham Gebre (COL’ 19) are among the students who said they have experienced racial profiling from GUPD officers. Both say they have been asked to provide proof of their status as Georgetown students while walking on campus in the past, and both know several other students of color who have experienced similar incidents.

“Two of my roommates are also men of color, and they have also experienced this,” Gebre said in an interview with The Hoya. “It’s just sad to see that we have to experience this on campus even though we go to this university.”

The question of whether to arm GUPD officers and increase MPD presence on campus also significantly affects students without documentation, according to Martinez.

GUAPA was founded in October 2017 as a group that organized dialogues for students to discuss their experiences of profiling and discrimination by GUPD officers and how this issue should be resolved, according to one of the founding members, Sonia Adjroud (SFS ’20). The group eventually shifted gears to take action in campus affairs, beginning with the drafting of the letter.

Looking to the future, the group hopes to stay engaged with the issue by continuing its community dialogues and starting new initiatives including “Know Your Rights” trainings, according to Adjroud.

“We want to continue to stay engaged with this issue in the fall, and we recognize that this letter is not at all even close to resolving the issue: It’s just simply the very beginning, and we want to make sure that we stay committed to this,” Adjroud said.

Correction: A previous version of this article said that Charles Thomas was killed.