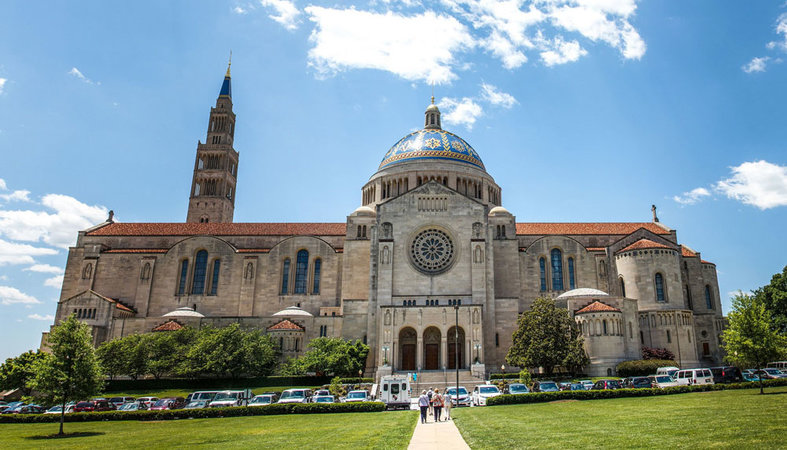 The New York Times reported June 20 that McCarrick sexually abused men and boys over several decades in his role as a Catholic priest. Subsequent stories revealed that even before McCarrick had ascended to the position of archbishop of D.C., the church had been made aware about abuse allegations against him and on multiple occasions had reached court settlements with accusers, who as part of their settlements could not speak publicly about their experiences with the archbishop.

Despite McCarrick’s insistence on his own innocence following the initial report, the Vatican removed McCarrick from public ministry June 20 after an investigation conducted by the Archdiocese of New York, where he formerly served as an auxiliary bishop from 1977 to 1981, found that the accusations were “credible and substantiated.” Pope Francis accepted McCarrick’s resignation from the College of Cardinals on July 26.

McCarrick served as the archbishop of D.C. from 2001 to 2006 and was an was an active supporter of Georgetown’s Initiative on Catholic Social Thought and Public Life, speaking at multiple events and gatherings for the initiative. The university awarded him an honorary degree in 2004 in recognition of his public service.

A university spokesperson expressed disapproval of the former cardinal’s actions in an email to The Hoya.

“The allegations against Archbishop McCarrick are deeply troubling. It is with profound sadness and concern for the victims and those harmed by Archbishop McCarrick’s actions that we will be determining appropriate steps for our University community,” the spokesperson wrote.

However, the university declined to comment on whether it would rescind the honorary degree it awarded McCarrick. Apart from this comment, the university has offered no other public response to the scandal.

Erica Lizza (SFS ’19), the president of Catholic Women at Georgetown, wrote in an email to The Hoya that the university has not yet adequately responded to McCarrick’s misconduct.

Michael DeFelice (COL ’20), speaking on behalf of Georgetown University’s chapter of the Knights of Columbus, the world’s largest Catholic fraternal service organization,  also said the university has an obligation to take a more public stance and should rescind the former cardinal’s degree.

“For the oldest and most prestigious Catholic university in the US to say nothing is to ignore its identity and mission,” DeFelice wrote in an email to The Hoya.

Other prominent Catholic universities, such as the Catholic University of America and Fordham University, have already revoked the honorary degrees they bestowed on McCarrick.

McCarrick had a long history of affiliation with CUA: He received his master’s degree and doctorate in 1960 and 1963 respectively and later served as an assistant chaplain, dean of students and director of development.

Fordham University President Joseph M. McShane, S.J., wrote in a July 5 statement that the university had revoked the degree in recognition of the survivors of McCarrick’s abuse.

“In taking these steps, we acknowledge the extraordinary and long-lasting harm done to children who were sexually abused by clergy members. While we can never fully repair the sins of the past, we must respect the experience of abuse survivors, and accord them all the love and compassion of which we are capable,” McShane wrote.

Lizza said it is crucial for the Georgetown community to address both the accusations against McCarrick and the culture that surrounds such abuse.

“The conversation about the sexual misconduct and abuse that often accompany those in positions of power and prestige, whether religious or secular, is one we must continue to have at Georgetown,” Lizza said. “This is even more important for us to grapple with as a Catholic institution, and Catholic Women at Georgetown hopes the university will continue this conversation.”

DeFelice wrote that the Knights of Columbus will also address the issue in the coming semester.

“It will certainly be a topic of conversation,” DeFelice wrote. “All young Catholic men should feel empowered to speak out against abusive clergy.”