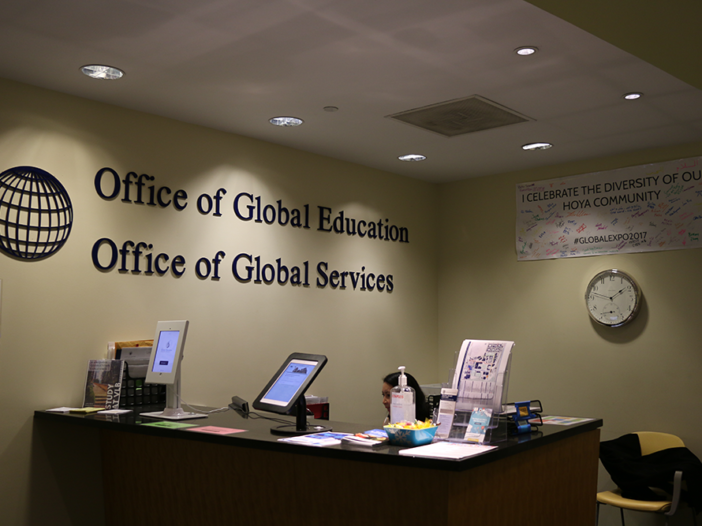 Study abroad programs in Australia and Ireland for students in Georgetown University’s Nursing & Health Studies Department of Professional Nursing Practice were put on indefinite hold for the fall 2020 semester, marking the third wave of study abroad complications in four months.

University officials decided to cancel the Australian Catholic University School of Nursing, Midwifery and Paramedicine program after curriculum changes at the host university were deemed no longer compatible with the NHS curriculum, according to an email obtained by The Hoya. Study abroad programs must meet specific guidelines of course material, fieldwork and observation, to be approved by the Office of Global Education.

The University College Dublin College of Nursing, Midwifery and Health Systems program in Ireland was also canceled after increasing domestic applications prevented international students from participating in the program.

Scheduling changes in the Australian program would leave nursing students unprepared for future coursework, according to Kelley Miller Wilson, the bachelor of science in nursing program director.

“The Australia Nursing Study Abroad program was also put on hold due to curriculum and clinical placement changes that would no longer give NHS nursing students the necessary curricula and clinical experience to allow them to continue their studies without additional coursework upon their return to the Georgetown Main campus,” Wilson wrote in an email to The Hoya.

The program curriculum for Georgetown nursing students was especially designed in collaboration with ACU’s School of Nursing, Midwifery and Paramedicine and included opportunities for students to participate in fieldwork, a key component of nursing requirements.

Geraldine Sackey (NHS ’22), who had hoped to study abroad at ACU in fall 2020, said she was disappointed to learn the program would not run, after meeting the Jan. 17 application deadline for NHS students.

“We had to do so much just to apply, and we finally got the program and told our families, and then it just got canceled,” Sackey said in an interview with The Hoya, “This program aligned with my goals. I told my family members and then they just canceled it.”

Since September, an unprecedented fire season in Australia has killed at least 33 people and destroyed 3,000 homes, according to The New York Times. The fires present no imminent danger to ACU students. The fires did, however, also prompt concern for Georgetown administrators, according to the email sent to nursing students.

“Administrators learned that UCD in Dublin is no longer able to provide any clinical placements for foreign nursing students due to the increasing demands of their homeland students,” Wilson wrote. “While this has not been the case in the past, it has effects on the fall 2020 program.”

Students in the Chinese programs are working with the university to formulate alternative plans for the current spring semester after news of the cancellations.

The university also plans to provide alternatives for the fall semester for the NHS students affected by the latest cancellations, according to a university spokesperson.

“The NHS, in collaboration with the Office of Global Education, will continue to explore possible alternatives to allow NHS nursing students to study abroad during their time at Georgetown,” a university spokesperson wrote in an email to The Hoya.

The alternative plans organized by the university, however, are not sufficient for nursing students who require specially scheduled clinical experience, Rhiannon Leonardo (NHS ’22), an applicant to the ACU program, said in an interview with The Hoya.

“Those are for non-nursing and that just doesn’t work with the nursing schedule because we have to be in clinical classes, so any other program that the university offers just wouldn’t work for us,” Leonardo said.