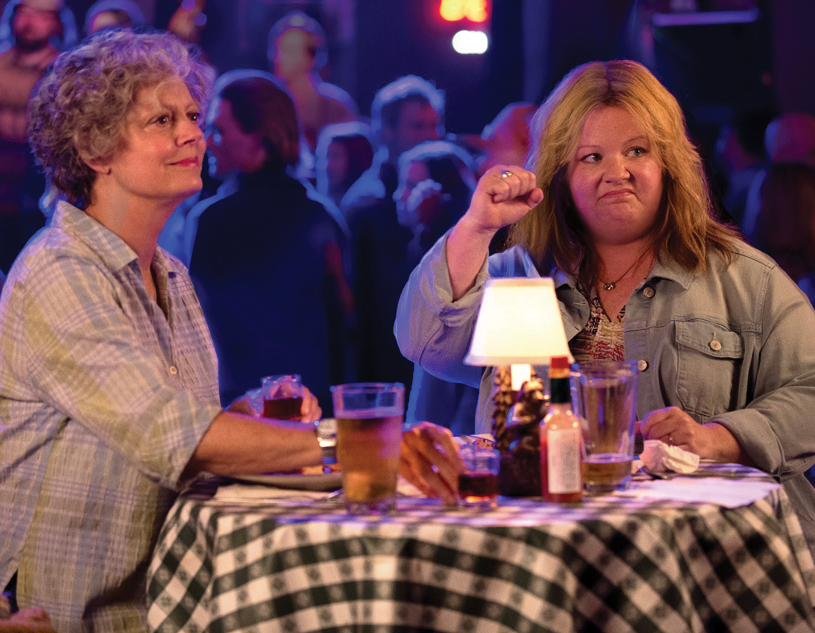 Now that summer has finally arrived, there is the inevitable influx of a wide range of new movies, none of which should be missed. This summer, get out of the heat and take the time to see one of the many big-screen book adaptations, or one of the hilariously outrageous comedies.

The entertainment industry’s renewed interest in fairy tales hasn’t been subtle. Within the last five years, filmmakers have managed to spin classic stories like “Alice in Wonderland,” “The Wizard of Oz” and “Snow White” into gold. This summer, “Sleeping Beauty” will receive a Hollywood makeover in “Maleficent” (May 30). Starring Angelina Jolie as the titular sorceress and Elle Fanning as Princess Aurora, the film explores the previously untold relationship between the young princess and, arguably, the most sinister of all Disney villains. The jury’s still out on “Maleficent,” but while fairy-tale flicks have been hit or miss, stellar casting and big-budget effects make “Maleficent” look like a sure thing, whether or not the story puts you into a deep slumber.

The trend toward darkness doesn’t end with this Disney adaptation. Following their revolutionary film, “The Matrix,” the Wachowski siblings haven’t quite been able to recapture the magic. Now, the Wachowskis are looking to refresh their reputation with “Jupiter Ascending” (July 18), a future-set “space opera” starring Mila Kunis and Channing Tatum. Caine Wise, a space warrior played by Tatum, reveals to Jupiter Jones, played by Kunis, that she is the heir to Earth. This royal status makes her an important figure, but also a target for interplanetary enemies. Fans of the Wachowskis have plenty of reason to get excited, but the out-of-this-world setup may be a little much for some earthlings.

Does the world really need another group of superheroes? Not really. Nearly every two months audiences can expect to see a new web-slinger or he-man soar onto the silver screen, but “Guardians of the Galaxy” (Aug. 1), while sharing the very familiar Marvel stamp, is as refreshing as a superhero flick can get. With Bradley Cooper as a talking raccoon and “Parks and Recreation’s” Chris Pratt as Star-Lord, the Guardians are a group of oddballs. Even though these characters don’t have the same brand recognition as the Avengers, their mission to protect the galaxy seems to have the perfect balance of pleasure and punch.

Lois Lowry’s novel “The Giver” has become a classic, read in schools across the country, and with the book’s strong following, the pressure is immense on the upcoming film adaptation, to be released Aug. 15. The film explores the pain-free world of “Sameness” and young Jonas (Brenton Thwaites), who has been selected as the Receiver of Memory, the one person who holds the history of the world before “Sameness.” The cast features the always strong Meryl Streep and Jeff Bridges, but shaky reaction to the film’s first trailer is not a good sign. Even if adherents to Lowry’s book find issue with the film, “The Giver” should be, if nothing else, memorable.

This isn’t the only adaptation of a highly popular book coming out this summer. Since the book’s release over two years ago, millions of readers have sobbed through the pages of John Green’s “The Fault in Our Stars,” and with the big screen adaptation, they will be able to ride the emotional roller coaster together. In “The Fault in Our Stars” (June 6), Hazel, a teenage cancer patient, and Augustus, a cancer survivor, find love despite the terrible circumstances they face. The film, which stars Shailene Woodley and Ansel Elgort, shows early signs of retaining the winning tragicomic tone of Green’s book and seems likely to satisfy fans of the novel and newbies alike.

Against all odds, 2012’s “21 Jump Street,” a remake of a 20-year-old drama series, was not only financially successful but also hysterically fun. Playing underdog police officers Morton Schmidt and Greg Jenko, Jonah Hill and Channing Tatum return in “22 Jump Street” (June 13), going undercover as students to bust a drug ring. The premise hasn’t really changed from the first film, but Schmidt and Jenko have graduated to college, where the stakes are higher and the parties are wilder. Although there’s a chance the format has gotten stale, here’s hoping “22 Jump Street” packs as much heat as its predecessor.

Some have accused Melissa McCarthy of always playing the same aggressive, erratic, uncoordinated character. Her next movie, “Tammy” (July 2), probably won’t do much to prove those skeptics wrong, but who can blame McCarthy when the different versions of this character are so darned funny. Directed by Ben Falcone — McCarthy’s husband and “Bridesmaids’” Air Marshal Jon — and written by both McCarthy and Falcone, the film follows Tammy, who decides to hit the road with her grandmother after a day filled with bad news. Falcone and McCarthy are unproven behind the camera, but “Tammy” will undoubtedly provide laughs for those who haven’t tired of McCarthy’s shtick.