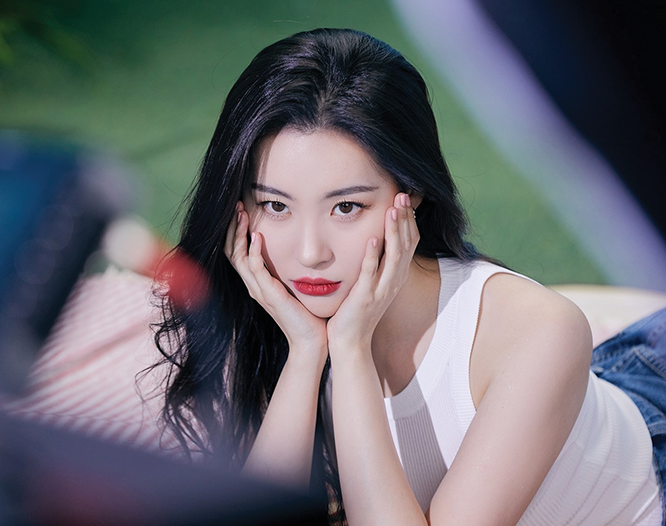 K-pop star SUNMI’s newest minialbum is an explicitly seductive work that showcases her growth from a teenage sensation to a mature woman.

At 28 years old, SUNMI is a veteran of the K-pop industry. In 2007, at just 15 years old, she debuted under JYP Entertainment in the group Wonder Girls. Only a year after its debut, Wonder Girls received national and international acclaim for its retro-inspired hits “So Hot” and “Nobody,” cementing the group as one of the most notable in K-pop.

In 2013, SUNMI started her solo career at JYP with her hit debut song “24 Hours,” a hypnotic single about 24 hours not being enough time to spend intimately with a partner. After Wonder Girls disbanded in early 2017, SUNMI signed with MAKEUS Entertainment and released a debut single titled “Gashina.”

“Gashina” was a smash hit, winning song of the year at the 2017 Gaon Chart Music Awards and remaining near the top of the South Korean music charts for the rest of 2017. Since “Gashina,” SUNMI has released five singles and one EP titled “WARNING.”

SUNMI’s newest minialbum “TAIL” is reminiscent of “WARNING” in that it features a mixture of jazz-inspired beats and silky-smooth vocals. However, while “WARNING” is subtly sensual, “TAIL” is fiercely sexy.

In the minialbum’s title track, “TAIL,” SUNMI tells the story of a villainous cat-woman who is dangerously sharp. Specifically, this track describes the intense nature of an explosive love and, later, vengeance toward a past lover.

In the chorus of “TAIL,” SUNMI sings, “We’re madly in love / Kiss each other like crazy / Wag our tails frantically.” By expressing her desire with the wag of a tail, SUNMI underscores her experience with love as chaotic, animalistic and sexual. Additionally, with lyrics such as “hissing” and “clawed,” SUNMI specifies her metaphorical tail to be that of a cat — a notoriously spontaneous and unpredictable animal.

Similarly to the duality of a cat, SUNMI’s vocals alternate between staccato jabs and hypnotically smooth runs, allowing her to portray a type of desire that toes the line between playfulness and danger.

SUNMI carries the cat metaphor into her music video for “TAIL,” as she heavily alludes to the vengeful origin story of Catwoman. The music video’s costuming and choreography illustrate her power. SUNMI’s attire changes from a business-casual white blouse and black pencil skirt to a myriad of leotards, one of which is inspired by the iconic black leather catsuit from “Catwoman.”

SUNMI carries the lyrical themes of “TAIL” into the song’s choreography. She begins the chorus “strangled” by her backup dancers. Just eight counts later, she ends up controlling them like a puppeteer. Once again, SUNMI blurs the line of what it means to be desirable, using both sexuality and fierce anger to her advantage in exacting vengeance.

Unlike “TAIL,” the second song on SUNMI’s minialbum titled “What the Flower” is infused with jazz piano and sultry vocals and is similar to tracks like “Curve” and “Black Pearl” off of “WARNING.”

In “What the Flower,” SUNMI laments the difficulty of constantly putting on a smile when sometimes she just does not care enough to fake it. Speaking as a woman who has been in the music industry for just over a decade, SUNMI explores how faking happiness can lead to cynicism and disingenuity.

She describes how conditioned she is to disingenuously smile, singing “I didn’t really think much anyways / Like that pretty flower over there.” By comparing herself to a “pretty flower,” SUNMI sarcastically comments on how women in the music industry are often viewed as objects without autonomy or thought.

In both “TAIL” and “What the Flower” SUNMI successfully subverts expectations of feminine sensuality and vengeance with her commanding storytelling and refreshingly unapologetic emotions of desire and anger. The artist has grown immensely since her days in Wonder Girls and will likely continue to make waves with work like “TAIL.”