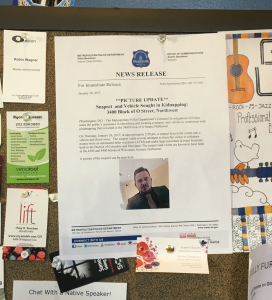 The suspect accused of kidnapping a Georgetown University student three blocks from campus has been arrested in Seattle, Wash., according to local media outlets.

NBC4 Washington has named the suspect as Paolo Aldorasi, 34, of London, England, and said he will face a federal kidnapping charge.

The Georgetown University Police Department confirmed the arrest of the suspect in a campuswide email this afternoon.

“We are grateful for the hard work of the District of Columbia Metropolitan Police Department, the FBI, and other law enforcement agencies that led to the arrest of the suspect,” the email reads. “GUPD will continue to work with law enforcement partners to ensure that the campus and surrounding community remains a safe place for students, faculty, and staff.”

According to the Metropolitan Police Department, at around 3:20 p.m. on Jan. 26, the suspect forced the unidentified student into a light gray or silver sport utility vehicle outside of Saxby’s coffee shop. Then, the suspect drove the victim to several stores and ATMs and tried to force the victim to make large purchases or withdraw money.

The victim was released unharmed and MPD released video and images of the suspect.

Due to a communication lapse between the MPD and GUPD, the Georgetown community was not notified of the kidnapping until about 20 hours after it occurred. MPD was aware of the incident the afternoon that it occurred; however, GUPD did not know of it until late the following morning.

This article will be updated as more information is made available.