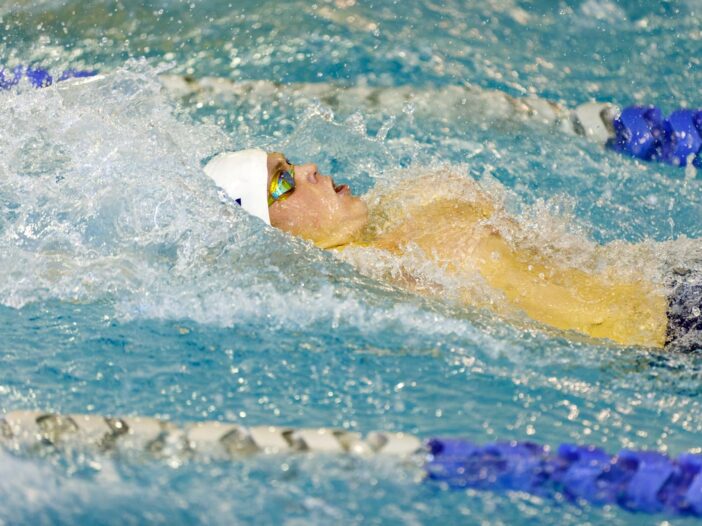 The Georgetown men’s swimming and diving team made light work of the New Jersey Institute of Technology Highlanders, winning with a score of 200-94, while the women’s team came up just short against the University of Connecticut, losing 158-142.

This Oct. 22 home meet loss was the first of the season for the women’s team, while the reigning men’s Big East swimming and diving champions eclipsed 200 points for the second consecutive meet to remain undefeated. Men’s diving had a strong showing at the meet, grabbing the top three spots in both the one-meter and three-meter dives. This marked the second consecutive meet in which the Hoyas took all three spots on the podium.

Georgetown Head Coach Jack Leavitt said he was pleased with both teams’ performances.

“Today was a solid day in the pool for us,” Leavitt told GUHoyas. “The men’s side had another really great week, and despite not getting the win on the women’s side, we are very proud of the way they battled against a fellow Big East opponent in UConn. Both of our teams are getting better and better with each meet, and we are looking forward to next week’s meet against Villanova.”

On the swimming side, the Highlanders seemed overwhelmed by the Hoyas’ depth. The men’s team finished with at least two of the top three finishers in every individual event. Georgetown finished the meet grabbing 12 first-place spots to NJIT’s four.

The men’s team swept the podium in multiple events. The 50-yard free was a particularly close race between the Hoyas. The top three finishers finished within one-tenth of a second of each other. Senior Michael Baldini clocked in at 21.52 seconds to secure first place, closely followed by sophomore Connor Brennan at 21.59 and first-year Bailey De Luise at 21.61.

Baldini, Brennan and De Luise teamed up with sophomore John McEachern to take first in the 200-yard medley relay with a time of 1:32.49.

It took six events for the NJIT men’s team to earn their first victory. Junior Ian Horstkamp-Vinekar delivered the Highlanders their first win in the 200-yard butterfly and was directly followed by three Hoyas.

On the women’s side, despite a valiant effort, the Hoyas fell just short of the Huskies. The women’s team improved from last year’s loss, in which they lost by 40, this time only falling by 16.

The women’s 50-yard free featured a tight race, as every swimmer finished within 1.36 seconds of each other. First-year Ines Lovato came out on top for Georgetown, handing her team the win with a blistering time of 24.50, beating the second-place finisher by two-tenths of a second.

First-years Lovato, Sophia Ribeiro and Allie Sanchez, along with junior Erin Hood, swam to victory in the 400-yard free relay. The Hoyas finished the event with a time of 3:33.67, just outpacing the Huskies’ fastest unit, which finished with a time of 3:34.24.

Defeating Villanova could prove to be a tall order for the women’s team, as the Wildcats are the defending Big East champions in women’s swimming and diving. A strong showing against the reigning champs will go a long way in building confidence for the rest of the season.

On the men’s side, it is all about sustaining the momentum. Last year’s championship season started off with five straight wins, one of which came against Villanova. This year, staying on top of the Big East will require taking down the Wildcats once again.

The meet will take place at Pavilion Pool at Villanova on Saturday, Oct. 29.