In its earliest form, this column was laid out largely in jest. Notwithstanding our lack of culinary training, we — two self-proclaimed restauranteurs who find themselves with a surprising amount of free time — wanted to pursue a questionably noble mission: critically explore Washington, D.C. dining and lay to waste mediocrity.

As we pitched this idea, eye-rolls from friends and colleagues were more than forthcoming. We were often reminded that good restaurant reviewing is good journalism: It takes honesty, fairness, an understanding of the cuisine and an ability to look beyond specific dishes and experiences to capture the whole of a restaurant. We returned to the drawing board determined, and it was with high expectations that we trained our sights on a restaurant that has generated quite some buzz among critics and diners alike — Bresca.

In his newest venture, chef Ryan Ratino’s experiments with “bistronomy,” a blend of bistro and gastronomy that attempts to capture the sophistication of fine dining without the accompanying frills.

Ratino’s reputation casts a long shadow: A veteran of L’Auberge Provencale, WD-50, Minibar and Ripple — which earned him an award from the Restaurant Association of Metropolitan Washington — the Ohio native is widely recognized for his talent and ingenuity.

We are greeted by the maitre d’ with a promise of unexpected flavors, vibrant herbs and a constantly evolving cuisine. The 62-seat spot on 14th Street NW boasts an eclectic decor: The restaurant is adorned with gold-accented design details and fish sculptures. Animal prints hang on deep royal blue walls.

A back wall blanketed with a mesh of preserved moss and the hexagonal interior call out to the restaurant’s honeycomb theme — Bresca is Spanish for “honeycomb.” The commotion and noise are a touch above tolerable; our server strains to make herself heard.

Ratino mixes Midwestern continental fare, Spanish coastal traditions and French luxe to produce a peculiar menu featuring everything from buckwheat pancakes served alongside parsley root ice cream, to foie gras cake pops. We started off with a pairing of Olde Salt oysters with a foam of Earl Grey tea and vinegar. A balanced mix of briny and sweet, our only complaint is that we did not order more.

The drinks menu is spearheaded by Juan Coronado, co-owner of Colada Shop, a coffee and cocktails destination, and fellow Minibar alumnus, whose own creativity shines through. Unexpected ingredients are featured throughout the menu, and the beeswax-infused tequila is a must-try. We opt for the 1906 Old Fashioned — where bourbon, creme de Yvette, bee nectar and bitters yield a standard cocktail — and the Pollination — where vodka, bee nectar, gentian, citrus and chamomile cordial produce a concoction better than the sum of its parts.

Our second dish, a foie gras PB&J, arrives, and we coax an explanation from our server. The dish trades out peanut butter for a port-cured foie gras and jelly for a concord grape gelee with compressed celery. Although meticulously presented — Ratino is fascinated with eye-catching tableware and presentation — the first bite is too creamy and the next too sweet. An accompanying serving of madeleines, a French sponge cake-like cookie, distracts.

The honey-lacquered duck arrives in three generous parts: the first, a platter of sliced honey-glazed breast served alongside coins of duck-head fennel sausage. Accompanying beignets are cooked in duck fat and served with a healthy dollop of apple butter. A casserole of red cabbage and spaetzle sits atop an emulsion of Comte cheese. The duck does not impress: The decadence is overbearing. The red cabbage lacks the freshness to cut through the richness of the dish. After much hype, this attempt at playfulness has fallen short of expectations.

Bresca has lofty ambitions and Ratino’s pull toward bistronomy makes sense. First coined in 2004 by French journalist and food critic Sébastien Demorand, bistronomy has risen in popularity across the United States as creative young chefs with formidable training set their minds to serve superb food in more relaxed settings.

Ratino, however, has overextended himself: The chef’s attempt to combine his passion for French technique, quality ingredients and ingenuity has produced a restaurant where some plates wow, but others frustrate. The attempt to integrate such a wide range of concepts and flavors results in a venue lacking a grounding theme. Often, ingenuity gives way not to powerful, complex dishes, but rather to bland fare supported by gimmicks. Although not “Junk,” Ratino’s new venue falls short of being a consistent “Treat.” Bresca is a “Shrug.” 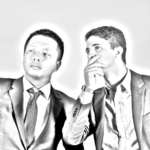