Group dining is challenging. Pained compromise over availability eventually yields an agreed-upon time. Labored negotiations over restaurants ranging from the trendy to the mediocre threaten to derail the initial plan. Barring logistical setbacks, a final decision introduces yet another element of friction: What should everyone order?

When choosing what to eat, a diner is faced with two types of risk. The first is systematic: If the restaurant is bad or good, chances are the dish itself will be bad or good. The second is unsystematic: A dish might be bad or good because of a set of “dish-specific” variables. The second type of risk, therefore, can be diversified away, as dish-specific risks are “averaged out” by increasing the number of dishes at your table.

Yet the same is not possible for systematic risk; the quality of the restaurant will affect all dishes you choose, no matter the quantity. Rational diners, therefore, should diversify away dish-specific risks and avoid getting stuck with a tasteless meal by increasing the number of dishes they order.

Armed with this theory on risk and diversification, we arrived at The Dabney in northwest Washington, D.C., where chef and owner Jeremiah Langhorne astounds by unapologetically leaning on hyperlocal ingredients to showcase mid-Atlantic traditions.

It came as a shock that Langhorne — who has spent time at McCrady’s in Charlottesville, Va., the French Laundry in Napa Valley, Calif., and Noma in Copenhagen, Denmark — was never formally trained as a cook. After beginning his culinary career as a chef in a strip mall pizza joint, Langhorne attributes much of his early education to his work under chef John Haywood, classically trained in French cuisine, at the now-closed OXO restaurant in Charlottesville.

Snagging a table at the 52-seat Blagden Alley location of The Dabney, however, is no easy feat. Reservations had to be made three weeks in advance because of the uptick in traffic after the restaurant was awarded its first Michelin star in 2016.

At the center of the dining room, a massive hearth, used for nearly all dishes, draws eyes and ears. A team of cooks work alongside lively flames and crackling embers. Pine floors, high-top reclaimed wood tables and brick walls contribute to the restaurant’s chic farmhouse rustic feel.

The Dabney’s food enchanted. Foie gras, country ham and an over-easy fried egg nestled on a buttermilk biscuit had us fighting over the last bite. Carrots charred on the embers of the restaurant’s hearth served alongside whipped ricotta and chopped walnuts also amazed us. A 2015 Liaison Pinot Noir from Baden, Germany, lifted and refreshed with notes of youthful, ripe red cherry and a hint of spice.

Surprisingly, the “sugar toads” — a tiny species of pufferfish — which were marinated in a buttermilk, hot sauce and salt concoction, deep-fried and then covered with honey, hot sauce and benne seeds, justified a second serving.

Less exciting was the oxtail and country ham cassoulet, which tried to make up in filling what it lacked in flavor. The Dabney’s butterscotch pie, apple crumble and chocolate cream pie were also uninventive, but overall, Langhorne’s work is ambitious. The marriage of classic and contemporary flavors does the ingredients justice.

It took some convincing to venture to the next restaurant: This Petworth-area hangout takes no reservations, has no phone and seats two dozen diners at max capacity. Yet, Himitsu — owned and operated by chef Kevin Tien and beverage director Carlie Steiner — easily wins you over with affable service and mostly superb bites.

This commitment to no service is no accident; Tien and Steiner both sport notable resumes. Tien has worked as a sushi chef at Uchi in Houston, Texas, and as a morning line cook at D.C. restaurant Pineapple and Pearls; Steiner is an early alum of Jose Andres’ barmini, a self-penned avant-garde dining experience located in the Penn Quarter.

The restaurant’s soft white, gray and blue space is unmistakably coastal. Upholstered bench cushions and a macrame above the bar offer the only visual stimulation — save for the food. An open kitchen cuts through the small space, and the quiet electricity of chef Tien and his team permeates the establishment.

After selecting a charmingly smoky mezcal, oloroso sherry, a honey and Peychaud’s Bitters cocktail and a green tea gin, grapefruit, honey and rosewater drink, a trio of crudo plates put a start to the meal. A local black bass with daikon-garlic sauce delighted, as the texture contrasted sharply with that of the accompanying French breakfast radish and perfectly fried tempura shiso, a green leaf.

The gnocchi, replaced by rice cakes and served with a white pepper onion, soubise, crispy shiitake and egg yolk proved to be a favorite. Amaebi, a type of cold-water shrimp, tossed in fragrant warm and numbing spices, was an instant hit; each bite — shell, head and all — was electric.

A buttered brioche laden with soft scrambled egg, uni and pops of fish roe was particularly decadent, but an uneven distribution of ingredients made some bites fall short. The Hawaiian amberjack is overpowered by coconut milk, and the subtleties of red onion, pickled squash and Thai chilis were irreparably lost. A Japanese yellowtail packs quite the heat, courtesy of a fish sauce vinaigrette funk and a sweet but tangy yuzu, a citrus fruit.

Himitsu’s famous fried chicken, however, flopped. Boneless thighs brined in buttermilk, smothered in seasoned flour, deep-fried and basted with Korean gochujang sauce, a red chili paste, are just standard. The chicken is neither distinctly spicy nor sweet, and sandwiching it with kewpie mayonnaise, pickles and warm flaky biscuits serves only to cover how ordinary each of the dish’s separate components are.

The crispy duck breast with cane syrup, coriander, fennel, sweet potato and caramel pecans proves straightforward. The duck is tender and cooked to a perfect medium-rare, and the coriander-fennel crust is more texture than taste — a safe choice, but low risk begs low reward.

No dessert is currently offered at Himitsu, but the meal leaves no room for sweets. Tien’s use of Latin, Southeast Asian and Korean flavor profiles to punch up traditional Japanese fare is largely successful. At all times, the meal feels personal and unpretentious in the best of ways.

If anything, both excursions proved our theory correct. A greater selection of dishes produced meals that showcased the mastery of The Dabney’s and Himitsu’s respective culinary teams. Dish-specific risks were diversified away, and Langhorne’s and Tien and Steiner’s executions impressed. 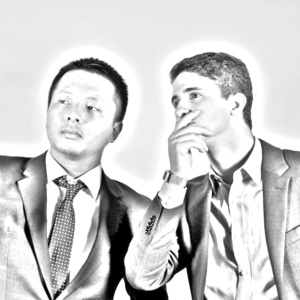