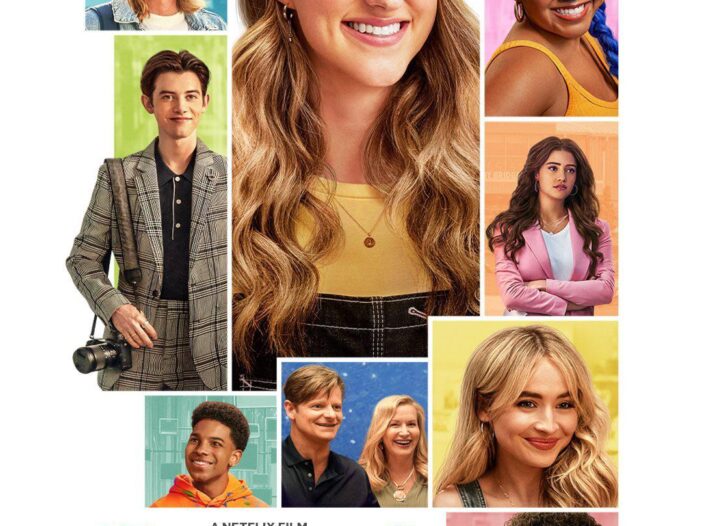 Apparently being a gratifying sequel to Netflix’s original teen rom-com about a six-foot-one-and-a-half girl is too tall of an order for “Tall Girl 2.”

Picking up three months after Jodi (Ava Michelle) delivers her ostensibly rousing speech about the harrowing struggles of being tall at prom, she completes an extremely successful, though cringe-inducing, audition for her high school production of “Bye Bye Birdie.” However, during the audition, a new “character” is introduced — the mean voice that lives in Jodi’s head.

During Jodi’s audition, an administrator questions Jodi’s right to complain about her mental health struggles when there are so many others who face arguably more detrimental injustices. This conversation could have introduced an intelligent critique of the first movie’s premise, but the entire dispute ends up being wrapped up in a tight bow with a few sentences from Jodi that sound like something that was plagiarized from a feel-good BuzzFeed infographic.

The discussion on mental health, defined by cartoonishly demeaning voice-overs from Jodi, comes off as more of a punchline directed at those facing anxiety and depression rather than empathetic commentary about Jodi’s experience with bullying.

The screenplay’s attempts at being “woke” read as if the screenwriter Sam Wolfson had a checklist of buzzwords to include just for brownie points. Wolfson does not address any critiques of the original “Tall Girl” in any meaningful ways, nor does Jodi’s anxiety subplot add any weight or consequences to the flimsy film.

Is the audience supposed to accept these pathetic, surface-level attempts at poignancy? It seems so. Otherwise, if the audience has any intelligence and does not accept these conundrums, the movie completely crumbles.

With such poor thematic foundations, one would think that the screenplay would at least try to be funny, or clever or entertaining at the very least. Nope. This film’s screenplay makes “The Kissing Booth,” another Netflix masterpiece, look like the pinnacle of rom-com writing.

But do not twist my words: “Tall Girl 2” is funny, just not intentionally.

“Tall Girl 2” just might be a big inside joke created by Wolfson to see how much he can get away with, while still receiving a paycheck. Cheers to you, Sam Wolfson.

In addition, it should come as no surprise that every character in this film exists purely to serve our poor, tall Jodi Kreyman. The film makes the oft-committed crime of reducing one of its characters of color to the “Black best friend” trope. Anjelika Washington’s Fareeda is completely sidelined unless she’s celebrating Jodi — and given the disservice of a really awkward parking lot kiss.

Speaking of kisses, the film includes an irrelevant, unromantic love-triangle subplot. Paired with a weird dance sequence to resolve the plotline, it leaves the viewer with the impression that an enemies-to-lovers plot with Dunk (Griffin Gluck) and Stig (Luke Eisner) would have been more enjoyable than whatever Jodi’s crumbling love life has to offer.

The only redeeming quality of “Tall Girl 2” is thanks to Gluck’s awkwardly charming, pathetic persona. His characterization once again rescues the romance of the film with a touching, and honestly sad, final gesture of love to Jodi. But not even this small spark of joy can change the dumpster fire that envelops the tall girl.

If you are up at three in the morning and need something to take your mind off of midterms, “Tall Girl 2” is a phenomenal option to help show that, yes, you are doing fine in life. It could be worse: you could be a girl whose only “flaw” is being tall who cannot choose between Boy A or Boy B! And to ABBA — please sue for that “Take A Chance On Me” scene.