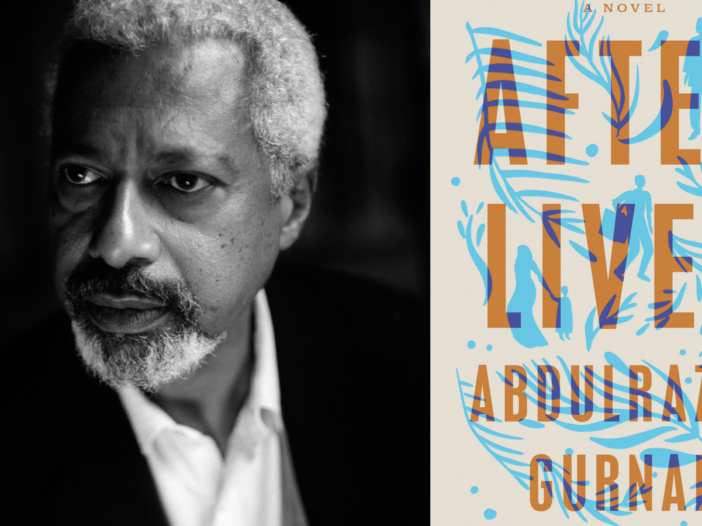 Writing is about finding voice in the nuances of the human experience, Tanzanian author and Nobel Laureate Abdulrazak Gurnah said at an event Sept. 14.

The event, titled “A Conversation with Nobel Laureate Abdulrazak Gurnah,” was hosted Sept. 14 in Gaston Hall and led by Georgetown University professor of English and Interim Director of the Lannan Center of Poetics and Social Practice Aminatta Forna. The event was hosted by the Lannan Center and co-sponsored by the African Studies Program. At the event, Forna engaged in conversation with Gurnah about migration, colonialism, the writing craft and Gurnah’s most recent book, entitled “Afterlives.”

Gurnah grew up on the island of Zanzibar in Tanzania but was forced to leave the country due to oppression and persecution against Arab citizens in the 1960s. Gurnah’s work explores the trauma of displacement, the tension between the colonized and colonizers and the reality of a culturally diversified East Africa. He won the Nobel Prize in Literature in 2021.

At 18 years old, Gurnah left Zanzibar as a refugee and migrated to the United Kingdom to seek asylum as a student at Christ Church College. Gurnah’s works include characters who are often forced to leave their native homes and endure the instability of migration, speaking to his lived experiences.

According to Gurnah, migration is often not only about finding a new home, but rather also consists of grappling with what was left behind.

“It isn’t just about making out in this new place. It isn’t just about getting your kids to go to school and behave well and not wreak havoc, or finding a job or integrating — whatever the word is,” Gurnah said at the event. “It is also about living with what has been left behind.”

Gurnah said the trauma migrants face, whether they are fleeing war, persecution or another crisis, is often in addition to the difficulties of leaving behind community members.

“People who leave, leave people behind,” Gurnah said. “Not everybody leaves, so they leave knowing others are left behind. So when they arrive at a place of safety, they know others are not safe. I think this in itself must be a very traumatic experience, in addition to the trauma of losing your home.”

Gurnah’s newest novel, “Afterlives” focuses on the story of Ilyas, who was stolen from his parents by German colonial troops on the coast of east Africa as a young boy. Ilyas returns to home years later to find his parents gone and his sister abandoned into de facto slavery. The book focuses on young people in this society as they live, work and fall in love in an interconnected way with the threat of war looming.

Gurnah’s novels use a variety of narrative voices, from soft to humorous to elegiac. Gurnah said it is important to identify this voice in the writing process.

Gurnah also highlighted the advantage of using comedy and absurdity in his 1988 novel “Pilgrim’s Way,” which follows Daud, an immigrant to England from Tanzania who navigates life in an unfamiliar place and faces racist abuse from his new countrymen.

According to Gurnah, comedy and absurdity can be used as literary tools to expose injustices migrants face in new places.

“His attempt at seeing the absurdity or the banalities of the lives of the people he thinks despises him is a way of contesting or responding or fighting back,” Gurnah said. “Through comedy, he makes fun of the people who make fun of him. He places them in situations where they might look ridiculous rather than powerful.”

Though one element of colonialism’s legacy is the imposition of European languages on African nations and the erasure of indigenous languages, Gurnah said he is optimistic about the future of literature in the post-colonial world.

“I’ll be very happy to see all the various languages of the formerly colonized world producing their own texts and their own literature which can be celebrated by their own nations and so on,” Gurnah said. “We’ll wait and see.”