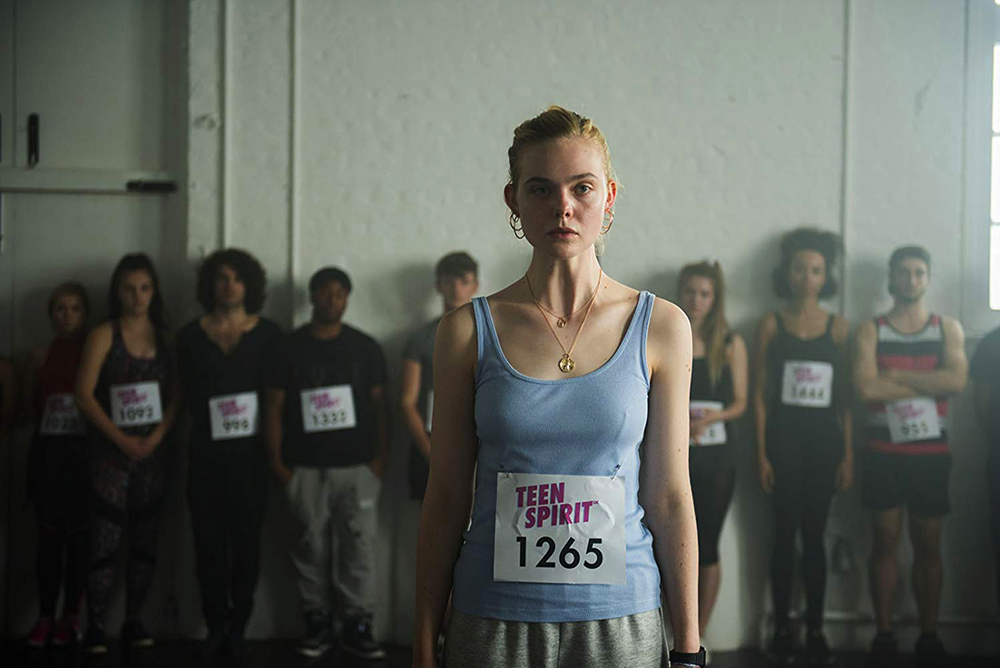 “Teen Spirit” tells a familiar story: A teenage hopeful from a small town gets a chance to go big and runs with it. With a melancholy pop soundtrack, undercurrents of discontent and a rise to fame, “Teen Spirit” is the newest Cinderella story.

The film is the directorial debut of actor Max Minghella, known for roles in “The Social Network,” “The Internship” and “The Handmaid’s Tale.” His film “Teen Spirit” follows Violet Valenski (Elle Fanning), a shy Polish teenager from Isle of Wight, U.K., as she pursues her passion for singing through an “American Idol”-like reality show called “Teen Spirit.” Despite the familiar tropes of the musical drama genre, “Teen Spirit” revitalizes these well-trod ideas by emphasizing raw moodiness over earnest hope. In doing so, the film takes risks, though not all pay off.

The focal point of “Teen Spirit” is Fanning: Her multifaceted performance carries the film, and her newly-discovered singing voice is so central that it almost serves as its own character. The daughter of a single mother who waitresses after school to help keep them afloat, Violet is caught between her family’s situation and her desire to grow up and be freed from her responsibilities.

The film’s opening montage hones in on her ubiquitous disinterest and boredom — at work, at parties, on the bus. In all parts of her life, Violet seems subdued, as if she is waiting for something but doesn’t quite know what it is. We only see energy in Violet when she is around music: during her soulful performances at a grungy bar, as she is frenetically dancing around her room while her iPod wails and during chorus practice. In these moments, Fanning encapsulates her character’s desire to be invisible with an underlying hunger for purpose.

Fanning is an expert in Violet’s discontent; her nuanced expressions own the close-ups of her face, shot by cinematographer Autumn Durald. However, while her mannerisms encapsulate her weariness with her circumstances, she does not ever effectively indicate her character’s positive momentum. Perhaps the script, written by Minghella, lacks strong character development, as Violet never seems truly goal-driven.

Arguably the film’s weakest point is this tendency to reflect Violet at a somewhat surface level: her interest in music is an inward tug that lacks outward commitment, and thus she appears to garner success without really caring.

As she enters the audition process for “Teen Spirit,” viewers get the sense that she is simply doing it because she wants to do something different; she never indicates true desire to leave her town, to create her own music or to accomplish anything specific. Even as she advances in the audition process, only rare glimmers of passion-driven commitment reveal themselves. Her vocal performances are emotional yet completely unadorned — no choreography, no costume, no effort beyond vocal exercises, and one of the only indications of her dedication is her outburst after encountering a setback.

However, Fanning’s performance is strong and genuine, and her voice a gift. If nothing else, “Teen Spirit” will have listeners downloading the music so Fanning’s gentle, emotional tunes can become a more permanent soundtrack.

“I Was a Fool,” “Wildflowers” and “Don’t Kill My Vibe,” in particular, reflect the film’s themes of feeling stuck and wanting more but not quite knowing what “more” is, encapsulating the nostalgic emotions of the coming-of-age genre. The songs fall within introspective indie-pop, written by artists such as Robyn, Ellie Goulding, Ariana Grande and Katy Perry.

After each performance in the film, the mic is left on after Fanning sings the last lines, so the audience can hear the heavy, jagged breaths that follow an impassioned vocal performance. This small but thoughtful addition allows viewers to feel the weight of Violet’s performance — these breaths sound raw, visceral and somewhat afraid — and to feel connected with her in a moment of vulnerability.

The beautiful cinematography highlights similar moments. Shots zoomed-in on Violet’s face border on uncomfortable but make the viewers feel like they are there with her, while long single shots allow them to see every unedited aspect of a scene. For most of the film, Fanning wears simple clothing and no makeup, as if Violet’s appearance is waiting to be colored by her emotions.

These choices emphasize the driving force of “Teen Spirit”: not a blind desire for success but rather personal growth within the context of an opportunity. The focus of the film is not the freedom and escape of fame, as in the typical Cinderella story, but the ways in which outward recognition can cause inward change.

Minghella packs “Teen Spirit” with emotion, movement, growth and, of course, music. A grungy spin on a typically glossy story, Fanning’s subtle but electric performance brings the entanglement of passion and dissatisfaction to the big screen.