“Fresh Off the Boat,” or “Fob,” is a common term for Asian-Americans. I’ll use it to describe international students, or anyone or thing that is more connected to its origins’ culture than America’s.

Personally, as a second-generation Korean-American, being a Fob doesn’t have a negative or positive connotation — despite its confusing guidelines, I see it as a matter-of-fact description.

Taiwanese-American celebrity chef Eddie Huang pushes for a deeper understanding of the term, with “Fresh Off the Boat” entering mainstream culture as ABC’s newly-ordered comedy series.

The title comes from Huang’s memoirs of growing up second-generation in America. Huang, also a producer and main narrator of the show, pushed for the title because it was how he and his family saw themselves- proudly.

Set in the 1990s, the show follows the 11 year-old Eddie and his family as they adjust to life in Florida, moving from D.C.’s Chinatown. The trailer was recently released, and after a few views, I can say that I’m scared — and thrilled.

What I mean is that, while I see so much potential for the show to be amazing, I’m very nervous it won’t be.  Compounding this fear is the fact that “Fresh Off the Boat” is the first Asian-American family sitcom since the quickly-cancelled 1994 “All-American Girl.” There is a lot of hope and pressure riding on this show to be more than just a false, stereotypical portrayal of Asian-Americans, a true representation of Asian-Americans through a medium that hasn’t exactly been so welcoming.

From an Asian American who hopes that the show will be ground-breaking for her community, I have to be honest: the trailer is cheesy and far from perfect. But, it is also sincere and heartfelt, and I can see the show growing to exceed all expectations.

Though there are some cringe-worthy moments (every television pilot is bound to have a few), the show is is breaking new ground, telling the story of what it’s like to grow up Asian-American.

It’s so invigorating to know that things I personally experienced will finally be shown on television.  Being embarrassed at the lunch table because of your Asian food? That happened to me. Feeling lost among countless other minority children against the backdrop of white America? That happened to me.

I had to ask myself, is this how other people feel? Is this how they feel when they see things that are directly related to their own lives, on television? I’ve never seen a television show that speaks to me in the way this one does.

Huang’s message seems to be this: there are different kinds of Americans. We shouldn’t assimilate into what we think is standard American culture just because it’s a majority around us. America doesn’t make space for different people; you create your own place.

By the end of the trailer, this message rang clear, without taking away from the show’s comedic air and light-hearted warmth. Huang and his family don’t assimilate quietly; they take up “the American way” and use it the way they know how: “the Asian way.” I’m grateful to ABC for picking up the show, and I’m excited to see how far “Fresh Off the Boat” will go in American television. Like Louis Huang (Randall Park) says, “Us coming to this new place? It’s going to make us all stronger.” 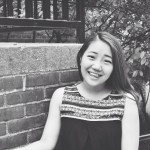 Sophia Yang is a rising sophomore in the School of Foreign Service. The Out-Crowd appears every other Friday at thehoya.com.