The statistic is well-known. Tour guides cheerily relay the fact to prospective Hoyas, and you tease your friends about it when they go on dates. But is the rumor true? Do 70 percent of Hoyas actually marry other Hoyas?

If you were hoping to find “the one” at Georgetown, you may be disappointed. Contrary to the long-standing rumor, only 7 percent, not 70 percent, of Georgetown alumni marry one another. So don’t count on walking down the aisle in Dahlgren Chapel.

Of the nearly 200,000 undergraduate and graduate Georgetown alumni, 6.7 percent married other alumni, according to the Alumni Records office.

However, the statistic is based on self-reported marriages and public marriage notices. Less than 25 percent of alumni are married at all, according to Alumni Records — but nationwide, according to tax records for 48 million Americans born between 1980 and 1991, 65 percent of graduates from religiously affiliated colleges in their early 30s are married. So, Georgetown’s alumni marriages are likely underreported, and some unreported marriages may be between two Hoyas.

Nonetheless, nearly 27 percent of married alumni are married to another Hoya. Although this figure is smaller than the rumored 70 percent, it is on par with statistics about college graduates overall. A Facebook Data Science study concluded that about 28 percent of married college graduates went to the same college as their spouse, so Georgetown students are just as likely to find a partner on campus as students at other universities are.

Although an average proportion of Georgetown students marry one another, religiously affiliated universities generally have the highest rates of marriage between alumni. At Brigham Young University, a large Mormon college, around 60 percent of students marry another BYU graduate.

But Georgetown’s religious affiliation is much less prominent than that of BYU and the other schools with the highest alumni marriage rates. Ninety-eight percent of BYU students are Mormon, and 24 percent are married while they are students. Although Georgetown has a Catholic affiliation, a significant number of students of different faiths and those who are not religious — roughly 59 percent of the student body — also attend the university.

But if only a quarter of married Hoyas meet their future spouses at O’Donovan Hall or on their freshman floor, where do the majority find their partners?

According to one study conducted by researchers at the University of Chicago, 35 percent of married couples meet online. Dating sites and apps broaden the pool of potential matches beyond the front gates and the alumni network.

However, most college students do not marry outside their education level. In one respect, the 70 percent statistic holds true — 71 percent of married college graduates under age 50 have a spouse with a college degree. These couples did not necessarily meet in college or attend the same school.

Rather, college graduates are increasingly likely to live in cities, where they date and marry the other educated people who live near them, one study from the National Bureau of Economic Research concluded. So while you may not marry another Hoya, odds are you will marry someone with an educational background similar to yours.

Education is not the only respect in which people tend to marry those who are similar to them. The first installment of “Testing Truisms” explained that, when it comes to marriage, opposites do not attract. While the marriage rate between people of different religions has increased over the past few decades, 61 percent of people still marry within their religion.

Likewise, though the overall rate of interracial marriage is more than five times what it was 50 years ago, only 17 percent of newlyweds overall and 19 percent of newlywed college graduates marry outside their race, according to Pew Research Center.

Regardless of the demographic makeup of Georgetown’s alumni couples, the rumor that 70 percent of Hoyas marry Hoyas is just that — a rumor.

Perhaps you will be among the one in four married Hoyas who finds “the one” on the Hilltop, but overall, Georgetown’s alumni marriage statistics parallel rather than exceed those of other universities. While Georgetown’s alumni network may open doors in the professional world, Hoyas should not rely on those connections to find spouses. 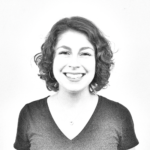 Vera Mastrorilli is a junior in the College. This is the final installment of TESTING TRUISMS.