Few labels carry the weight and popular ridicule that accompanies the “anti-science” label. Being “anti-science” is akin to pre-Enlightenment backwardness and indicates an individual should not be taken seriously by polite society.

Unfortunately, what it means to be “anti-science” has evolved, especially when discussing climate change. The Republican Party has been caricatured as “anti-science,” full of ignorant, Bible-thumping, climate change deniers.
Such a representation, although a convenient image easy to dismiss in debates, is woefully inaccurate. Most Republicans, especially elected leaders, recognize climate change is real. In fact, at the end of last month, all but one U.S. senator voted acknowledging the accepted fact. The dichotomy of “believers” versus “deniers” set up by cable news is not as prevalent in practice as those pushing the “anti-science” label would have Americans believe.

Politicians who oppose environmental regulations aimed at lowering carbon emissions (such as a carbon tax and EPA regulations) do not necessarily believe that climate change is not real or even that it is not a serious threat to our way of life. They simply disagree about how to approach the issue.

Some believe nothing should be done unless China and India take significant steps to reduce their emission, others support a more free-market approach to developing new, cleaner types of energy, still others support a carbon trading scheme. The views are diverse and many, but this does not make those that hold them “anti-science.”
However, there are some factions within American society that absolutely do deserve the “anti-science” label and accompanying shame, as evidenced by the recent measles outbreak and continued fight to ban genetically modified organisms.

Robert F. Kennedy and Jenny McCarthy helped to popularize the anti-vaccine movement and the (false) autism connection. As elites on the coasts bought the argument, children across the country were put at risk. California, one of 20 states which allows parents to opt out of vaccines for philosophical reasons, has below average immunization rates with NPR reporting that affluent coastal neighborhoods have some of the lowest vaccination rates in the country.

As The Atlantic pointed out last year, this has led to schools in Los Angeles having similar vaccination rates as those in the South Sudan.

Anti-GMO advocates have similarly caused a serious threat to global public health. The anti-GMO crowd’s anti-science crusade has done quantifiable damage to the developing world and hurt the fight against global hunger. Despite no reputable study finding any adverse health effects from GMO crops, influential groups such as the Sierra Club continue to fight their use.

One particularly devastating example of the consequences the anti-GMO crusade has wrought can be seen in India with the case of Golden Rice. The genetically modified strand of rice contains more Vitamin A than normal and has been ready for use since 2002. Were it planted and harvested, Golden Rice would significantly reduce occurrences of blindness, disabilities and deaths associated with Vitamin A deficiencies. However, environmental groups opposing GMOs have prevented its use, successfully lobbying against Golden Rice’s approval. A 2014 study published in Environment and Development Economics quantified the human cost of this delay, showing that over 71,000 children’s deaths per year could possibly have been prevented had anti-GMO organizations not delayed the introduction of Golden Rice.

While the GOP has been unfairly presented as the “anti-science” party for opposing certain environmental regulations, actual anti-science movements have resulted in tragedy and countless heartaches for families across the world. Anti-science f actions within the American political system, no matter how fringe or institutionalized, wield an undeniable influence as their ideas and actions have far-reaching consequences.

Being “anti-science” is a serious threat in the modern world and the label should not be applied frivolously or for political gain. After all, no party has a monopoly on stupidity. 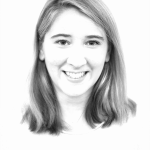