The 2014 United States Senate campaign season is drawing to a close. Doors have been knocked, homes have been called, debates have been scored and the polls are all over the place. The same candidate is being thoroughly trumped in some polls and resting on a comfortable lead in others.

This is normal. At this point, polls are often scrambled. Many political operatives put much more faith in their own private polling than that of public companies. However, outside polling can be telling, as the Romney-Ryan found out, much to their chagrin, in 2012.

This year’s outside polling is spelling real competition for the Republicans. In an election year predicted to be devastating for the Democrats, led by an unpopular president and plagued by perennially low voter turnouts, they’re giving the Republicans a run for their money.

One particular case of interest is the Kentucky Senate race, pitting Minority Leader Mitch McConnell (R) against Alison Lundergan Grimes (D). McConnell is one of the most powerful men in the Republican party. He has connections, expansive campaign coffers and a highly-recognizable profile. Grimes, however, is new to national politics, having previously served only as Kentucky Secretary of State, with hardly any national name recognition.

From these bare facts alone, McConnell seems to have an enormous advantage over Grimes. Connections and money win elections — and McConnell has them both in spades.

However, the campaign trails tell a different story. With her caustic attacks (especially on McConnell’s voting record with women’s issues and coal regulation) and speeches heralding herself as the everyman’s (and, especially, everywoman’s) candidate, Grimes has kept the race agonizingly close.

As of today, RealClear politics has McConnell up by just 3 points and categorizes the race as an astounding toss up. The fact that Grimes is competitive in this race so close to the election speaks to her aggressive and relatable campaigning, and voters’ dissatisfaction with McConnell’s tenure.

The race itself illustrates a greater theme: The Democrats are getting ready for a fight. They’re outperforming expectations nationwide, proving that it takes more than a president’s lousy approval numbers to sink a party’s chances. Despite this, and though the Democrats have fought hard and bravely, most polls still project Republicans taking back the Senate.

Still, as Grimes is showing us, it’s never smart to discount the underdog. 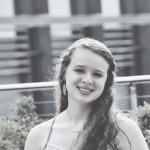