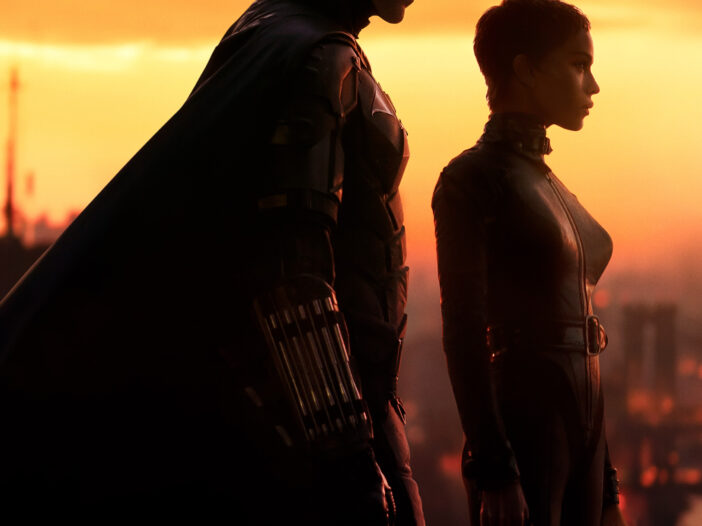 It would take a lot of admiration for either the Batman franchise or Robert Pattinson’s face to make you want to watch “The Batman” all the way through.

Director Matt Reeves’ latest film is a lackluster and hackneyed attempt at a cinematic masterwork, falling far short of any directorial aspirations or viewer expectations. While the cinematography expertly develops a dark, foreboding and even beautiful cityscape background throughout the film, it appears that most of the $185+ million budget was dedicated to the development of this ambiance at the expense of the plot.

As a result, the film’s plotline is half-baked and overdone, an attempted nod to traditional DC Comics storytelling that only manages to produce a stale villain and a wickedly bored audience.

As for the plot, anyone sitting down to watch this movie could guess its entire progression before it started, just like in Pattinson’s other famous film franchise, “Twilight.” Specifically, the film relies on the same, overused story found in many superhero films, where the good guys chase the mysterious bad guys who somehow think they are actually the good guys by killing — but now with extra special effects and cinematography.

Nevertheless, Pattinson plays a surprisingly introspective and likable Batman, a.k.a. Bruce Wayne, who maintains a humble yet powerful presence. If only the rest of the nearly three-hour movie performed at the same level. For instance, the Riddler (Paul Dano) is a somewhat tacky and unintentionally laughable antagonist instead of the sadistic and cold-blooded killer the film tried to make him out to be.

The film is far too long, seemingly an attempt at a lengthy chef-d’oeuvre for Reeves, and included unnecessary scenes rather than interesting anecdotes or a fresh retelling of Bruce Wayne’s backstory. The film also lacked developed plotlines for Selina Kyle, a.k.a. Catwoman (Zoë Kravitz), and Alfred Pennyworth (Andy Serkis).

The movie’s crime fighting storylines were not nearly captivating enough to garner my attention for the two hour and 56-minute ordeal.

Furthermore, a disturbing lack of gender diversity and depth, a seemingly common issue for comic book adaptations, rears its ugly head in “The Batman.” Despite Zoë Kravitz’s best efforts to present a powerful and not overtly sexualized female lead, as the only somewhat substantial female role, she has little dimension and backstory to work with.

Instead, her power is either sexualized or trivialized in the face of more powerful men like Batman or the Riddler. Her character depends entirely on Batman’s plotline and romantic interests. There are many times Catwoman says something like, “I can handle myself,” but there are not many times when she actually handles herself — and one very odd scene where we watch as Batman spies on Catwoman as she is changing.

For audiences, the final blow lies in Batman and Catwoman’s brief, superficial and uninteresting romantic entanglements. This mainly physically-based, rarely intellectual and hardly emotionally intimate relationship seems to be an unfortunate trend in superhero media altogether. Do they even know each other? Like, enough to run away together?

The audience is expected to make sense of this confusing and unsatisfying romance, despite having no context with which to do so. Viewers would have greatly benefited from some history or background on their relationship throughout this whole cinematic ordeal that ultimately falls flat in its plot and execution of character development.

In the end, “The Batman” is unsatisfying and mind-numbing. But if you want to watch Robert Pattinson fly around in a cape for three hours, be my guest