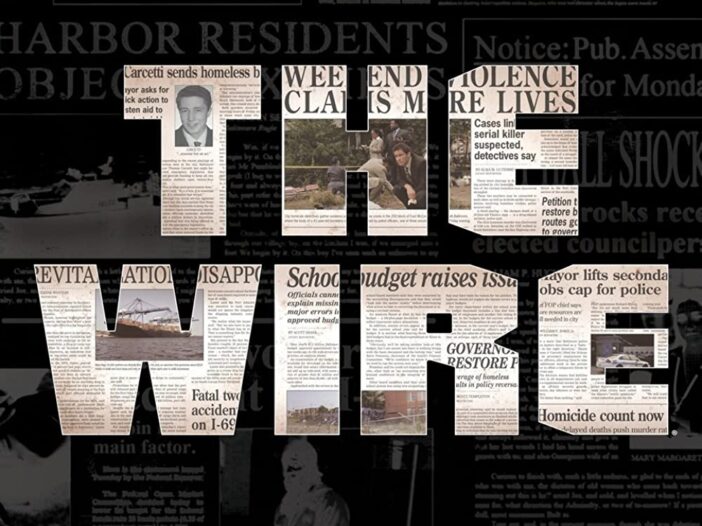 The summer of 2022 marked 22 years since the premiere of “The Wire,” an ambitious show that redefined TV possibilities with a powerful blend of visceral realism, political complexity and masterful writing.

You may have heard “The Wire” mentioned near the top of a pretentious TV critic’s list for the greatest shows of all time alongside hits like “The Sopranos” and “Breaking Bad.” But “The Wire” is quite different from any other possible entry on that list. Other shows of such renown exist as character studies like “Mad Men” or dystopian philosophical commentaries like “The Leftovers.” But I cannot think of any show that would serve as a close relative of what “The Wire” attempts and accomplishes.

The most accurate description for the show, particularly in its first season, is the Baltimore drug scene from every angle: the police, the journalists, the drug addicts, the homeless people, the local government, the school system, the dockworkers, the children involved in and trying to extricate themselves from the drug scene and the drug dealers themselves. Not only is every side represented, but each aspect receives proper attention thanks to a masterfully efficient script.

The show’s casting team pulled heavily from the Baltimore population for smaller roles and cast previously unknown character actors to depict the show’s protagonists. Other than Idris Elba, Michael B. Jordan and the late Michael K. Williams — who were all virtually unknown at the time — the show’s main actors have remained relatively obscure, which only heightens the authenticity and nuance of their performances.

Presenting as a tightly written police drama profiling the Baltimore Police Department and their adversaries in the drug game during its first season, “The Wire” goes on to explode in scope to create an impressively accurate and complete profile of daily life in Baltimore. The show’s creative team infused this expansive story with a brutality and veracity that greatly exceeds that of other TV shows.

Most of this success can be attributed to the vision of the show’s creator, David Simon. A former police reporter for the Baltimore Sun, Simon brought knowledge and authenticity to the project. Simon possessed grander ideas for the show than what was indicated by its initial season. The tightly written first 12 episodes, which are the closest “The Wire” would ever come to a simple cop drama, exist to provide a strong basis for future endeavors.

As Simon relates in a 2014 seminar, “You can’t cheat characters and story…but after you do that bit of business…we wanted to have an argument about where we were going and what the stakes were.”

This statement exemplifies Simon’s priorities: He understood the importance of creating dynamic characters and an engaging plot, but he always intended to have “The Wire” progress far beyond the scope of its basic story, transcending the medium he worked within.

After its first season, the show famously shifted focus each season to depict different communities or professions beyond the police and drug players. In this expansion, “The Wire” jumped between political and apolitical narratives.

In the same seminar, Simon describes the inner balance between his artistic and polemical instincts while consuming commentary on the show: “Everybody: liberals, conservatives, libertarians, marxists, free-market capitalists, they all eventually got to The Wire and found something that validated them… I’m very gratified by that because I brought some people to the party and they’re going to have a discussion and maybe we’ll get an audience.”

“The Wire” is political insofar as it directly addresses various social issues and portrays characters of varied opinions reacting to them. But to associate “The Wire” with a specific political ideology would be close-minded — Simon himself detests “people who believe they have the answer in a paragraph.” “The Wire” depicts a complicated and broken reality rife with injustice and inequality, but not with an air of superiority favoring one political ideology over another.

In fact, “The Wire” openly scoffs at the idea, as Simon does, of some magical solution for the societal ills displayed in its episodes. “The Wire” is a show meant to describe the brutal reality and complexity of various civil issues and shatter the idea of a supposed easy fix. In a polarized world preoccupied with one’s identification with a specific political ideology, the show’s focus on the facts obscured or left unnoticed by endless partisan debates is a refreshing shift of emphasis for a modern show.

As “The Wire” fittingly closes every episode with an image of the Baltimore skyline, one cannot view the show with anything but awe and fascination at its bold vision and brutal authenticity.