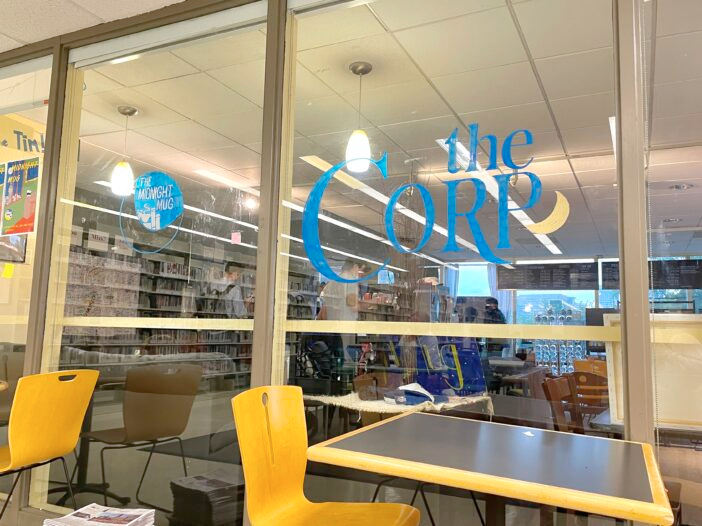 Over 2,500 individuals have signed up for The Corp’s new rewards program, which launched earlier this week.

The program offers customers the opportunity to earn points from purchases made at all of The Corp’s locations beginning March 28. Points can be used toward free merchandise, discounts and add-ons to food and drinks.

“I’m really excited to see hopefully increased customer engagement and excitement about rewards,” Yee said in an interview with The Hoya. “It’s really fun because we’ll just be walking around campus now and hear people talking about Corp rewards. And that’s really redeeming for us. But then I think we’re also kind of looking more toward the future and seeing what other functionalities this reward system has.”

After entering their phone number while checking out at any Corp location, users receive a text message directing them to a link to finish creating their account.

Users can input their name and birthdate in order to receive birthday rewards and keep track of points, according to Yee.

Corp head of Digital Development Will McCormack (SFS ’25) said the organization was surprised by the popularity of the rewards program.

“If there’s been any surprises, it’s been the volume of signups already — we couldn’t be more thrilled with how quickly rewards has been adopted at our storefronts,” McCormack wrote to The Hoya. “It’s really been a testament to how excited our customers are about the program.”

The Corp first considered launching a rewards program in 2016, but formal planning did not begin until June 2021, according to The Corp’s former COO Liam Marshall (MSB ’23), who helped create and helped to plan the reward program last fall.

“We circled back to the idea in June, as we were discussing our reopening process, as a way to improve our relationship with the Georgetown community and continue serving students,” Marshall said in an interview with The Hoya.

The launch comes after The Corp solicited feedback from students through a survey they made available in November 2021, which showed support for a reward program, Marshall said.

“People listed a lot of different ideas for rewards — discounts off, dollars off, free espresso shots or free specialty drinks in general,” Marshall said. “We basically approached our rewards program with a tiered analysis to make sure that if you want to save up for a specialty drink and save up a lot of points, you can, but if you want to get $1 off your order every second or third time that you shop at The Corp, you can also do that.”

Lia Gilleran (COL ’25) plans on purchasing coffee from The Corp more now that the rewards program has been introduced.

“Before, Starbucks was above The Corp because it had rewards,” Gilleran said in an interview with The Hoya. “Now that The Corp has rewards, it’s like I’m supporting a small business. And its rewards, so I was so excited for it.”

Steven Chung (COL ’25), who signed up for the reward program on March 28, said his purchases as The Corp are more worth it now.

“I have been a very loyal customer to The Corp and a very frequent visitor, so now I feel like every time I go I won’t feel like money is just being taken away — more like there’s something that I will get in return for me going to Corp stores,” Chung said in an interview with The Hoya. “Now I feel like there’s another reason for me to go, and a really good reason.”

“I signed up because why not?” Stipe wrote to The Hoya. “I’m not 100% sure of all the perks but I did get a text saying I could get a free medium tea and I’m excited for that.”

Yee encourages all students to sign up for the rewards program the next time they visit a Corp location.

“If you shop at The Corp, you have nothing to lose by signing up for rewards,” Yee said. “There’s so many different perks and benefits you get by just logging in with your phone number.”

McCormack said he and IT will be adapting the rewards program as data comes in, and that he’s excited to earn rewards himself.

“To be totally honest, I’m most looking forward to be able to utilize rewards myself as a customer — who doesn’t love a free coffee?” McCormack wrote.