When it first occurred to me to write a viewpoint on the Steubenville rape case, I initially backed away from the idea. How much more could I say that hasn’t already been said? What more could I argue that isn’t already evident? I don’t want to spend time arguing that the media’s sympathy for these two convicted boys is grotesquely wrong. I don’t want to explain why, just because a 16-year-old girl was drunk beyond consciousness, the acts of two boys are impermissible. I don’t want to assert that rape is wrong because I don’t want to insult the intelligence of those of you reading this. Rape, under any and all conditions, against a woman or a man, is wrong. It’s 2013, and I don’t feel I have to explain morality and human decency to my average peer. 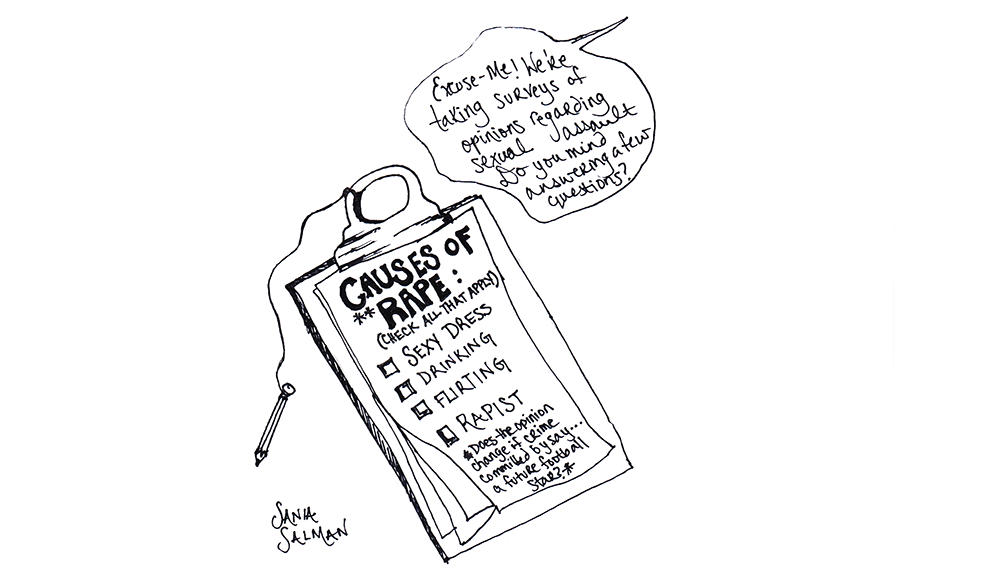 Why, then, if it is 2013, must we still have these conversations? Why is it that so many people in positions of power within our media, people who I can assume are more educated than I, have made these glaring mistakes? Why is there always a reactionary group that needs to explain why it is not OK to rape, why, collectively as a society, we should not perpetuate an idea that a woman or man is at fault when raped, why those who have the power to feed us information should not sympathize with, defend or excuse rape no matter the accused’s “potential” or athletic ability.

I’ve thought of a few answers to these questions, all of them usually leading to another winding road of exhausting disparities and double standards. The first answer I thought of leads me to our social expectations of what are “acceptable” and “decent” ways for women to behave. Our depictions and expectations of sexuality have drastically progressed in the past decades, to be sure. However, there is still a large part of our media and popular culture that perpetuates an antiquated anxiety toward female empowerment and self-controlled sexuality.

A woman, and especially a young woman, is not expected to or even socially allowed to be intoxicated, because then she is indecent. She’s irresponsible and has put herself in danger. CNN and Fox News were too afraid to confront the reality that two teenaged boys from privilege and opportunity — and not some stereotypical criminals with intimidating mug shots — in a small town in Ohio knowingly and consciously degraded, violated and violently disrespected one of their peers, so they ran away from it and fell back on the easy defense: The girl was drunk. Everyone be calm: These two boys who could be any boy next door aren’t that bad because the girl was drunk.

The second answer I am led to is that the rape argument is gendered and that is problematic — understandable and natural, but problematic. It is natural, of course, that rape debates take on feminist rhetoric because, after all, 90 percent of rape victims are women. I think, however, it is because of this gendered rhetoric that our politicians and news outlets are afraid to confront conversations about rape. They’re afraid of the other feminist issues that are sure to follow: abortion, domestic violence, mistreatment in the work place, unequal pay, et cetera.

But how about we do confront rape for what it is: One human being violently disrespecting and endangering another human life? If we take gender out of the argument, we’re left with a simple and evident fact: Rape is a violent act of disrespect against human life. So often we hear arguments such as, “What if she was your daughter or your wife or sister?” But what if she was just another human being, a nonrelated stranger? Our rape culture and the rights of the victims should not be addressed “because she’s a woman” — it should be addressed because she’s a human being with basic unalienable rights.

Meagan Kelly is a senior in the College. She is a former photo editor for The Hoya.