Emma Watson, U.N. Women Goodwill Ambassador, recently spoke at the U.N. Headquarters in New York in an attempt to clarify the meaning of “feminism” to a generation of women who seem to be missing the point.

The Women Against Feminism campaign, which began on Tumblr in July 2013, is steadily gathering steam. The campaign includes posts by women that usually begin with the statement, “I don’t need feminism,” and go on to list a host of reasons why modern women are rejecting the feminism that their mothers fought so hard to promulgate.

The problem lies in the first-person phrasing, “I don’t need feminism.” While a privileged woman in America who has the freedom to work in the profession of her choice, to marry whomever she pleases, and to express her political voice with a vote may be able to say that she doesn’t need feminism, the majority of women in the world are not so lucky.

Watson pointed out the lack of progress for women’s rights that has occurred in the nearly two decades following Hilary Rodham Clinton’s famous remarks on feminism at the United Nations Fourth World Conference on Women in Beijing, China.

Clinton called for an end to domestic violence, genital mutilation, the starvation and mistreatment and abortion of infants because they are female, and the political marginalization of women.

Today, incidents of domestic violence against women occur every 15 seconds, more than three million girls are at risk of female genital mutilation each year, only 100 girls are born and survive for every 120 boys in China and India, and only 6.2 percent of U.N. countries have female executive leaders.

While many American women might think that they do not need feminism, the world still does.

Still, while the Women Against Feminism campaign is wrong to reject feminism altogether, it does make some fair criticisms of certain deplorable aspects of modern American feminism, such as the vilifying of men.

Jessica Valenti, a leading feminist pundit, famously tweeted a photograph of herself wearing a shirt that read, “I bathe in male tears.”

Other offensive shirts include statements such as “Kill All Men” and “Ban Men.”

While feminists would argue that this misandry is broadcast tongue-in-cheek, malicious language against men directly conflicts with the central idea of feminism, that both genders should be considered equal. Watson addressed the issue of man-hating in her speech, saying, “If there is one thing I know for certain, it is that this has to stop.”

The lack of success in the movement towards gender equality can be attributed to the way in which women at both ends of the spectrum attack each other’s individual beliefs and forget the real point of feminism: to unite behind the common cause of insisting that both women and men have the right to lead quality, wholesome lives, free from gendered discrimination.

At the beginning of her speech, Watson states, “feminism, by definition, is the belief that men and women should have equal rights and opportunities. It is the theory of political, economic, and social equality of the sexes.”

In recent years, the feminist movement has been marginalized and fractionalized. The word feminism has come to be perceived as an ugly one, a promoter of man-hating and a contention point which divides women.

But at the end of the day, it doesn’t matter if women view the word “feminism” as good or bad. All that matters is that women remember that the goal of feminism, gender equality, is a worthy one. 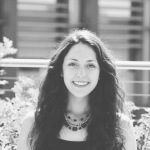 Emma Lux is a freshman in the College. Millennial Voices appears every other Wednesday at thehoya.com