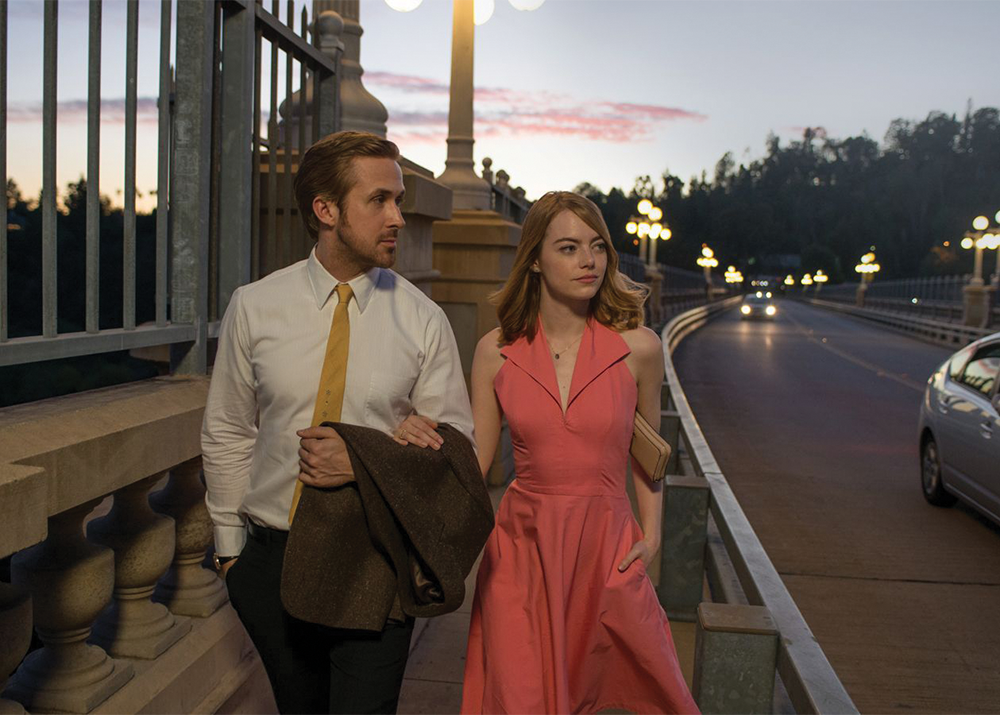 Every year, film aficionados look forward to winter — not just for snow or the holidays but for their moment in the sun. The movie buff’s Super Bowl and the cinephile’s March Madness, the Academy Awards are the denouement of the film awards season that begins in November with the Gotham Awards and culminates with the iconic, coveted gold statuettes awarded at the end of February.

Beginning in 1929 with an audience of fewer than 300 and lasting only 15 minutes, the Oscars has now ballooned to a widely watched and spectacular affair, attracting an audience of millions of viewers worldwide. The tradition of opening a sealed envelope containing the winner’s name was introduced in 1941; the iconic reveal of each category’s winner is matched in hype only by the formal announcement of the nominees. Preceded by many other hallmark awards ceremonies like the Critic’s Choice Awards, New York Film Critics Circle Awards and the Golden Globes, few of this year’s nominees are surprising, and many are all but certain. For example, Damien Chazelle’s nostalgic modern musical “La La Land,” which has been heavily awarded, captured a record 14 Academy Award nominations on Tuesday.

The film’s nominations were no surprise given its success thus far on the awards circuit. Although an unexpectedly political speech by Meryl Streep dominated much of the media’s attention after the Golden Globes on Jan. 8, the talk of the night was clearly Chazelle’s film, which won all seven awards for which it was nominated — half of the 14 film award categories overall. Starring the charismatic pair of Ryan Gosling and Emma Stone, the film broke the previous record of six Globe wins, held by “One Flew Over the Cuckoo’s Nest” in 1975 and “Midnight Express” in 1978.

This year, the Academy Awards were no exception when it comes to the overwhelming adoration for “La La Land.” Award voters loved the film’s love song to Hollywood, a realistic yet picturesque depiction of the dreams people have and the costs it takes to obtain them.

The film’s 14 nominations tie those of “Titanic” and “All About Eve” for the most in the nominations in Academy Award history. Significantly, the Academy Awards are moving away from the overwhelmingly white cast of nominees from past years as well as including a few notable snubs.

The Critics’ Choice Awards, held in December, similarly praised “La La Land,” awarding it with eight prizes, including best picture. The buzz has not been wholly one-sided, however. For a film that so centrally features jazz, a music form originating from African and black musical culture, there is a surprising dearth of black characters.

The issue of representation is not specific to “La La Land.” Last year in particular, the Academy Awards faced significant public criticism for its dearth of nominations for actors and actresses of color, especially visible was the social media backlash under the hashtag #OscarsSoWhite.

At the Golden Globes, NBC correspondent Jenna Bush Hager and actor Michael Keaton both mistakenly referenced “Hidden Fences.” For many, including associate professor of English and director of the women’s and gender studies program Dana Luciano, Hollywood’s slow progress towards diversity is not enough.

“It continues to be a reflection of how behind the times awards are that that small number indicates a great amount of progress,” Luciano said. “It’s a great thing, yet it’s really disappointing that it’s only six.”

Luciano, who teaches a course on queer cinema, also cautions against the self-congratulatory mentality many have adopted regarding representation in film.

“[It] obscures the kind of things like the non-representativeness of the Oscars. The fact that you can pat yourself on the back while continuing to disproportionately represent both the community of filmmakers and the community of film-watchers is problematic,” Luciano said.

“The Oscars are a symptom of a wider problem in the racial politics of U.S. cinema, the movies that we choose to see, the stars we choose to venerate,” Benson-Allott said. “If we all went to movies by and about minorities, and those were the movies that were making the money, Hollywood would get in line, so we can show them a thing or two.”

An indicator of changing consumer film preferences is the overwhelming success of movies like “Moonlight” and “Hidden Figures.” “Hidden Figures,” a film about the black women who worked for NASA, dominated at the box office, and Barry Jenkins’ powerful and vibrant drama “Moonlight,” which won the Best Picture — Drama category at the Globes, is considered biggest competitor of “La La Land” for Best Picture at the Oscars.

With nine nominations overall, “Moonlight” has received much public and critical acclaim and enthusiasm. Benson-Allott, who teaches an “Introduction to Film Theory” course, and Luciano both raved about “Moonlight” in interviews with The Hoya.

“‘Moonlight’ pretty much obliterated everything else I’d seen in 2016,” Luciano said. “There are a few movies that change your way of looking, and that was one of them. I’m suddenly seeing film itself in a different way … It was so beautifully shot and so incredibly acted. The ending was so quietly powerful that I walked away from the theater thinking only about ‘Moonlight.’”

Beyond “La La Land” and “Moonlight,” there were some surprising snubs. “Deadpool,” despite its social media campaign, Globes nominations and wins at the Critic’s Choice Awards, received no nominations.
Also spurned was Martin Scorsese’s religious epic “Silence,” starring Adam Driver and Andrew Garfield, which received only one nomination for its cinematography. Perhaps the biggest upset was in the Best Actress category, in which Amy Adams’ performance in “Arrival” was ignored, even though she was originally named in ABC’s list that was prematurely released, which was later redacted with the corrected version. However, “Arrival” was recognized in the Best Picture category.

Notably shut out from all categories was the highly acclaimed period drama “The Birth of a Nation,” which won both the Audience Award and Grand Jury Prize at the 2016 Sundance Film Festival. After the film’s debut, its director, writer and producer Nate Parker and co-writer Jean McGianni Celestin were embroiled in rape allegations, committed when they were both sophomores at Pennsylvania State University. While Parker was acquitted and Celestin’s conviction later overturned, the controversy effectively halted all possible award nominations for the film.

In contrast, Casey Affleck, against whom two former co-workers filed sexual harassment suits, has been greatly recognized for his work in “Manchester by the Sea.” Similarly, it seems that Hollywood’s 10-year punishment of Mel Gibson for his anti-Semitic comments has finally ended with his nomination for Best Director for his work in war movie “Hacksaw Ridge.” The nominations of both Affleck and Gibson have sparked outrage, igniting discussion on the balance between the value of an artist’s work and the artist’s character and actions outside of their profession.

“What happened to ‘The Birth of a Nation’ as a film because of Parker’s history doesn’t necessarily seem fair,” Benson-Allott said. “It’s really important that we tell stories about African-American history and about African-American resistance, especially to …  show that these are generations of resistance. On the other hand, what Parker did was really reprehensible, and,while he was exonerated by the courts, a lot of us could have a really different interpretation.”

“You have to look at it like you look at any art piece, and you do have to separate the two,” Davis said. “Art is the experience between the viewer and the piece of art. Every piece of art interacts with people differently … At the end of the day, the [artist] isn’t serving as themselves, they’re serving to tell a story.”

Much of the difficulty lies in not reducing art works to the actions of one singular person and figuring out how to reward artistic contributions without condoning the actions of the artist. A large contributing factor is audiences’ tendencies toward auteurism, or attributing movies wholly to the vision and character of the director.

“Really reprehensible people sometimes make really good work, and, in many cases, really great people make, you know, not great work,” Luciano said. “If we were less focused on the director as the auteur of a film, we might be able to see a break between the reprehensibility of the individual and their cultural productions.”

Perhaps the awards are not even worth the hype. Awards shows are not always the best indicators of a film’s quality or longevity. Orson Welles’ “Citizen Kane” was panned upon release and a commercial flop. Now it is hailed as a seminal film classic, posing questions of the human psyche and the unreliability of memory.

“When a movie engages with a deeper set of questions, as opposed to giving [viewers] a moral, when it asks questions and helps us think something through — artistically, visually and orally as well as in terms of its plot — those tend to be the movies that become classics and remain interesting to watch and study for decades,” Benson-Allott said.

While the Academy Awards may not necessarily award the most important or even the most artistically noteworthy films, they do reveal and reflect the Hollywood and consumer climate. They are, as with many distinctions bestowed upon artistic and cultural creations, not so much paragons of film as much as a picture of the people who create and watch them.