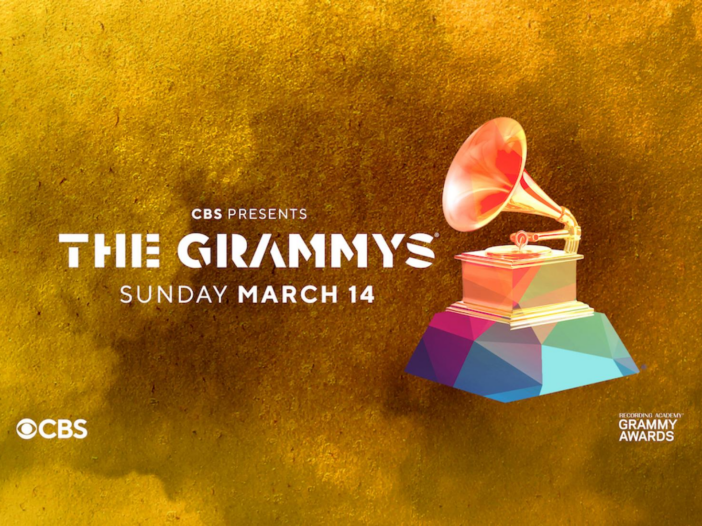 After years of controversy surrounding the nominations process and backlash over its glaring lack of diversity, the 2021 Grammy Awards are committed to “evolve with the musical landscape,” according to their website. Despite a few snubs, the eclectic and record-shattering nominee class of the 2021 Grammys holds promise. Although the Grammys are by no means finished in terms of working to nominate a greater diversity of artists, their 2021 nominations succeeded in featuring more Black artists and female artists.

Here is The Guide’s Guide to the Grammys: Artists to Watch. These are the artists that The Guide predicts will win at least one of the categories for which they are nominated. From outstanding lyrics to genre-bending sounds, these artists have proven themselves to be the best of the best.

By coupling moody melodies with a sultry tone, Giveon’s album “Take Time” captures heartache like no other, captivating R&B fans with his original brand of emotive artistry that will surely cement his place within the genre for years to come. The artist’s debut EP features instant hits like “Favorite Mistake” and “Like I Want You,” sealing his status as a Grammy-approved rising artist. The way Giveon fuses introspective lyricism with his elegant baritone makes his first album unforgettable.

If you’ve been swayed by Giveon’s musical prowess, rest assured that you are in good company. His impressive collaborations span over a two-year career with major artists like Drake and Snoh Aalegra, a testament to their faith in his rising stardom.

Out of the five nominees vying for the coveted Best R&B Album on music’s biggest night, newcomer Giveon is a promising contender, rightfully earning his place among some of the most established names in R&B.

Beyoncé earned a staggering nine nominations for her album “Black Is King.” These nominations are quite the feat after being harshly snubbed for her album “Lemonade” in 2017. Her release of “Black Is King” is especially significant because it serves as a celebration of Black excellence in one of the most tense periods in American history and inspires us to keep a dedicated tally of her wins come Grammy night. “Black Is King” is a visual album, meaning that the songs are accompanied by a film which follows the fictional story of a young African prince.  The film and album were constructed with the intention of highlighting Black pride through the main character’s celebration of his culture and heritage.

Additionally, Beyoncé’s single “Black Parade,” her music video for “Brown Skin Girl” and her collaboration with Megan Thee Stallion on “Savage” are also significant contenders in their respective categories.

With 79 nominations and 24 awards already lining her Grammys cabinet, if Beyoncé wins another eight of her nine total nominations that night, she will make history as the most-awarded artist of all time.

HAIM, the sister rock trio hailing from the Valley, is perhaps the best contender for Best Rock Performance. For the first time, every nominee in this category is either a woman or female-led. Besides being a leading contender in a record-breaking class of nominees, the band serves as evidence of the Grammys’ choice to finally recognize women in rock.

Their featured release, “Women in Music Pt. III,” paints emotionally vivid images of the trio’s personal melancholy in combination with an innovative approach to sound that only confirms their musical fluidity. The album itself pushes past their iconic niche of 1970s summer rock in favor of exploration within the genre, further cementing their positions as women in music and inspiring an entirely new generation of women in rock.

After being snubbed for her past two records, Swift has returned in 2021 with huge commercial success for her albums “evermore” and “folklore.” Both albums were released in 2020, but “folklore” received the nominations. The folk-style albums reflect Swift’s maturity as an artist by delving into a storytelling approach rather than her usual purely pop hits, helping to guarantee her place as an odds-on favorite come awards night.

Swift continues to succeed throughout her shifts from country to pop to alternative. She shows that going rogue may be the key to maintaining industry titanship. With “evermore” and “folklore,” Swift serves as inspiration for other artists to switch up their sound. Swift’s multiple Grammy nominations demonstrate her formula to success is in her experimentation with sound, which has allowed her to endure as an artist for a decade and a half. The sounds listeners hear on “folklore,” which are unlike anything Swift fans have heard from her before, are sure to be Grammy bait.

Jacob Collier, a little-known London-based prodigy, may seem like an outlying nominee for Album of the Year, which is dominated by hard-hitting pop icons like Taylor Swift, Dua Lipa and Post Malone. However, Collier’s bid for this award may not be so far-fetched. His album, “Djesse Vol. 3,” features his signature kaleidoscopic harmonies and genre-bending compositions that blur the lines between classical, traditional, rock, jazz, electronic and gospel, a decision sure to complicate the diverse music tastes on the board of the Recording Academy.

Collier rose to fame from his childhood bedroom after going viral on YouTube, and since then he has been recognized as a budding modern legend. Collier has worked with Grammy regulars like Tori Kelly, Pharrell Williams and Quincy Jones to push the boundaries of musical space as a singer, songwriter, arranger, multi-instrumentalist and producer. His newest album is art in its truest form, a universe of eclectic sound and soul that substantiates Collier’s genuine love for music. The album is certainly deserving of success this year, even among more famous competitors.

Be sure to watch the 63rd Annual Grammy Awards, hosted by Trevor Noah, on CBS at 8 p.m. EDT on March 14.