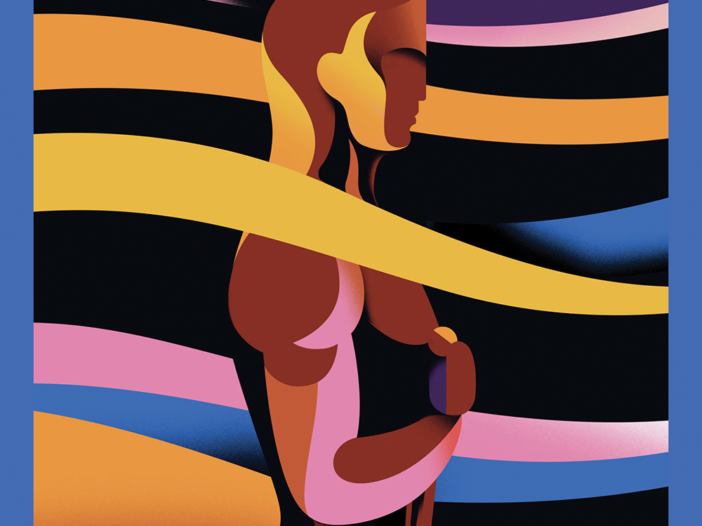 Movies in the 2020s are both more and less important than ever before. The COVID-19 pandemic has disrupted Hollywood’s typical rhythm and shuttered theaters around the world. However, the Oscars have stayed true to the classic motto — the show must go on.

Though this year’s ceremony will be unorthodox due to the pandemic restrictions in place, one aspect of the Oscars has remained consistent: unfair snubs and unforeseen nominations.

The academy selected a class of nominees that challenged expectations and left worldwide audiences in hot anticipation for the night. “The Guide’s Guide to the Oscars” highlights the most deserving nominees likely to win in their respective categories.

“The Trial of the Chicago 7”

“The Trial of the Chicago 7” is a Netflix original legal drama, earning a total of six nominations for its poignant depiction of the fight against systemic racism as told through one of the most notorious legal battles in American history. The film echoes current cultural landscapes by interpreting the 1969 trial of anti-Vietnam War protestors through a modern lens, making it digestible to a greater audience.

Featuring a robust cast including Sacha Baron Cohen, Eddie Redmayne, Mark Rylance, Frank Langella and Yahya Abdul-Mateen II, the film positioned itself to land multiple supporting acting nominations from such an all-star cast. After first gaining eligibility for the Oscars in 2013, Netflix stands proudly as the studio with the most nominations this year. Netflix lovers can rest assured that “The Trial of the Chicago 7” is a promising contender for all the categories it received nominations for, including best picture.

Actor in a Leading Role

The late actor Chadwick Boseman, posthumously nominated for his performance in “Ma Rainey’s Black Bottom,” retains favor to win the category of lead actor come Oscar night. Boseman is the seventh actor to ever be nominated for this award posthumously. If successful, he will become the third actor of the status to win. Directed by George C. Wolfe, “Ma Rainey’s Black Bottom” showcases Boseman’s acting talents and pays tribute to the Black experience in the blues studios of 1920s Chicago by skillfully depicting a snapshot of American history.

More than a recognition on just the basis of talent, an Oscars win for Boseman would be the last chance for the academy to honor his incredible legacy, characterized by integrity, warmth and unparalleled acting.

Chloé Zhao’s critically acclaimed “Nomadland” captures life in the fracturing American working class, standing apart from fellow nominees as an unconventional pick for the category because of its naturalistic filming style. Zhao, who wrote, edited, produced and directed the film, breaks the glass ceiling of the Oscars by being both the first woman of color to earn a directing nomination and the first woman to earn four nominations in one year.

Starring nominee Frances McDormand as Fern, the film follows Fern’s odyssey as she finds herself immersed in a nomadic lifestyle. All the while, the film presents an emotional personification of American fallacies of employment and elder care structure. The simplistic yet striking cinematography, when paired with McDormand’s passionate performance, make “Nomadland” a strong contender in every category for which it is nominated.

Disney and Pixar’s jazz-infused animated film “Soul” celebrates the genre of jazz and offers a reflection on ordinary life through songs and humor, earning virtually universal praise from critics. The film illustrates literal soul-searching, telling the story of a musician named Joel Gardner who must reunite his soul and body after being transported to purgatory after losing his passion for music.

The film’s commitment to cultural authenticity marks its history-making status as the first Pixar film to be nominated with both a Black protagonist (voiced by Jamie Foxx) and a Black co-director, Kemp Powers. Despite a global shift in rhythm throughout the past year because of the pandemic, “Soul” stays on beat throughout and serves as a purposeful and imaginative venture for all ages. Considering its critical success thus far, “Soul” seems a top contender to win Animated Feature Film.

“One Night in Miami…”

“One Night in Miami…” brings to life the ultimate “what if” scenario by envisioning an imagined night of celebration and tension between Malcolm X, Muhammad Ali, Jim Brown and Sam Cooke within the confines of Malcolm X’s secluded Miami hotel room.

With each character a representation of activism and personal success, the interaction among the four men echoes the power of modern Hollywood by highlighting the responsibility of public figures to promote civil rights and advance social change. Through the tension between the activists and artists, “One Night in Miami…” spurs a pertinent conversation about race, religion and the Black American identity, acting as a bridge between the past and present of civil rights.

This pseudo-biopic film enlivens the ever-relevant push and pull between jeopardizing one’s career by speaking out on civil rights versus being complicit.

Since the beginning of the pandemic, movies have often seemed more vivid than reality, making the 2021 Oscars an appealing review of the year in film. The 93rd Oscars will air on ABC at 8 p.m. EDT on Sunday, April 25, 2021.