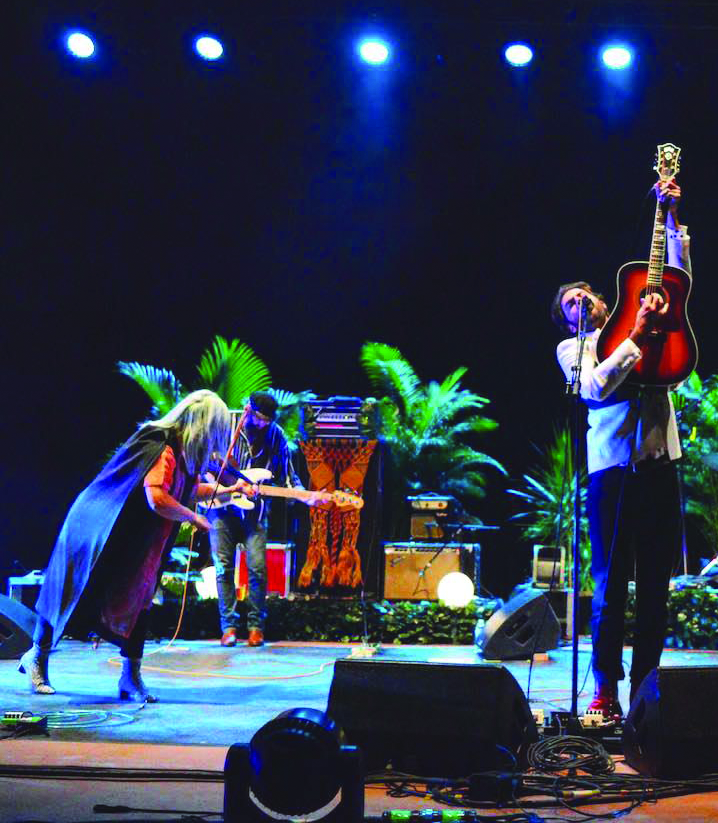 Seattle-based indie folk band The Head and the Heart brought its “Signs of Light” tour to the DAR Constitution Hall on Saturday night. The band performed songs from its newest album of the same name, showcasing the impressive catalogue it has developed over the past seven years.

Performing on a stage covered in glimmering neon lights, the band opened with the pop-infused jam “All We Ever Knew.” The Washington, D.C., stop comes midway through the tour — the band joked it had already begun to go a little crazy. However, it was clear the members still had enough energy on reserve for an exciting show.

The six-person group immediately dove into the new album’s hits: “Take A Walk,” a raucous rock ‘n’ roll cut about handling relationships, and “Rhythm and Blues,” a more subdued track that explores the beginnings of a new love. The soft acoustic ballad “Your Mother’s Eyes,” told from the perspective of a father to his newborn daughter, was a welcome change of pace.

After noting that many of the band members’ friends and family were in the audience that night, the group strayed from the set list used at previous shows during this tour. Singer and guitarist Jonathan Russell’s mother was in the audience, and toward the end of the set, he played an “early birthday present” medley for her: “10,000 Weight in Gold,” from the 2013 album “Let’s Be Still,” mixed with older cuts like “Cats and Dogs” and “Coeur D’Alene” from the 2011 debut album.

The band ended the show with “Rivers and Roads,” arguably its most well-known song — one that the audience had been calling for all night. Although it was recorded five years ago, it has been featured in various films and popular television programs, including the Fox sitcom “New Girl.”

The “Signs of Light” tour hit all the marks of a classic The Head and the Heart show. However, the band has changed quite a bit since its last tour four years ago. Its sound has expanded into a wider range of genres, and all band members have a clearer vision of what they want to produce.

“City of Angels” and “Dreamer,” two songs on the new album, exemplify this shift. The former is an upbeat tune with prominent electric guitar and a driving bass line, while “Dreamer” is a crackling old-school folk song that seems as if it could have been produced in the 1950s. This wide spectrum appeals to a greater audience but comes at the cost of some of the charm that the band’s indie-folk rooted debut album exuded.

Part of this shift stems from the band’s recent history. In 2014, the group decided to go on hiatus. Pianist Kenny Hensley trained in kung fu in China, while bassist Chris Zasche traversed the Canadian Rockies.

Drummer Tyler Williams settled down in Richmond, Va. They reconvened in the summer of 2015 in California, with new energy and a vision for a third album. Lead singer Josiah Johnson announced via Facebook soon after that he would not be traveling on tour this time around, taking time to “battle his addiction and focus on his recovery.”

Guitarist and vocalist Matty Gervais was soon recruited to temporarily tour and sing with the band. He appeared in festival performances throughout the summer and the band’s live sound is now almost indistinguishable from shows that included Johnson. After the Saturday concert, Gervais said that what he has learned from his personal musical experience and from traveling with The Head and The Heart is that songwriting and music-making is all about consistency.

The Head and the Heart’s consistent work has indeed created unique and raw songs that make shows memorable. Even with new members, the loss of a lead in the group and increasingly different artistic leanings within the band, the songs continue to stand out. The honesty The Head and the Heart devotes to its craft is obvious, especially in its live presentation.