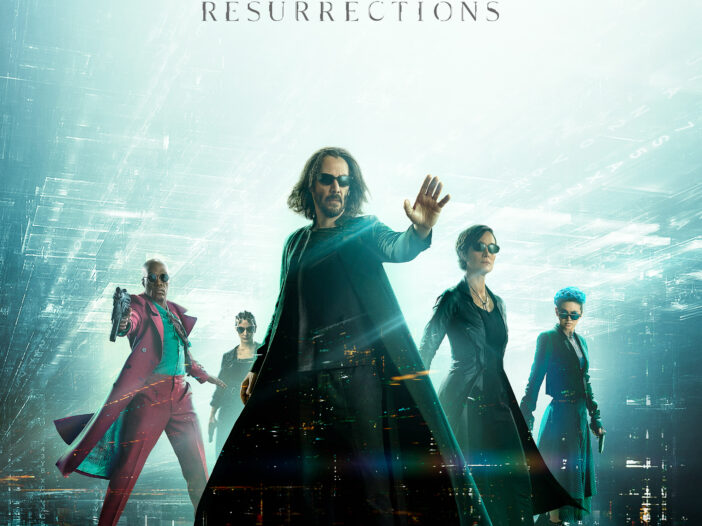 When given the choice between the red pill to innovate the franchise and the blue pill to stay the same, “The Matrix Resurrections” ultimately chose the latter.

While “The Matrix Resurrections” captures the hearts of longtime Matrix fans with its heavy reliance on nostalgia from characters and settings, the film fails to evolve past its source material, producing a project that is fan service at best and frustratingly dull at worst.

The fourth installment in “The Matrix” franchise, “Resurrections,” hit cinemas after almost 20 years of pleading from Warner Bros. to the original trilogy director Lana Wachowski. Wachowski  finally agreed to revitalize the extremely profitable franchise, as she directed and wrote the film’s screenplay.

Closely following the premise of the original franchise, “Resurrections” unfolds with a sentient artificial intelligence named Morpheus (Yahya Abdul-Mateen II) finding Thomas Anderson (Keanu Reeves), a game-developer human who has trouble distinguishing reality from dreams. Morpheus then helps Anderson wake up from the Matrix, a simulation that has enslaved almost all of humanity.

Despite its attempts to revitalize the original series, “Resurrections” fails to add new or even noteworthy elements to the original trilogy. Both its cinematography and screenplay feel tired and redundant compared to the established franchise, and the film’s revisiting of iconic scenes from the original trilogy without proper evolution was unnecessary. Revisiting old iconic moments of the trilogy like the infamous red pill/blue pill scene fails to add anything new to the franchise as these scenes are essentially reduced to glorified fan service through their predictable actions and dialogue.

In addition, while “Resurrections” attempts to break away from the original franchise by including some amusing meta nods (such as explicitly mentioning Warner Bros and stating that reboots tend to be cash grabs), the film never expands on its self-awareness and, in turn, barely contributes anything new in terms of content.

On top of its shortcomings in content, the film also fails to deliver aesthetically. For example, “Resurrections” lacks dynamic fight sequences. While the original Matrix trilogy revolutionized fight scenes in film over 20 years ago by incorporating elements of Western films and anime, “Resurrections” offers no innovation. Instead, the film’s fight scenes rely on previously established routines already presented in the first three movies. Neo repetitively shields bullets for most of his action sequences, and the fight scenes between Neo and Agent Smith are identical to those in the original “Matrix.” While some characters, such as Bugs, have engaging battles that involve Wachowski’s characteristic slow-motion cinematography, the film fails to offer any fresh cinematic innovations that characterized the original trilogy’s fights.

The film only diverges from the framework of the original trilogy when Anderson’s previous ally Trinity (Carrie-Anne Moss) remains within The Matrix as Tiffany, a stay-at-home mother of three children, which is a stark change from when she decisively chose to leave the Matrix in the original movies. “Resurrections” then centers on Neo and his new crew as they attempt to convince Trinity, or Tiffany, of the Matrix’s existence and free her from its grasp.

This departure is one of several ways “Resurrections” attempts to innovate its classic story but ultimately falls short. Despite the minute deviation in storyline, the film heavily relies on Neo and Trinity’s love story — a theme that is extremely familiar to the original trilogy and an overly simplistic plot device that can be boiled down to the “power of love” trope.

However, it is important to note that the film does divorce the character from the eponymous Trinity Syndrome, where a strong female lead fails to become a central and nuanced character beyond her introduction. Specifically, in “Resurrections,” Trinity takes on key elements of Neo’s narratively dominant character arc as The One from the original trilogy.

Additionally, while the original “Matrix” relied heavily on the strengths of its main male lead, it is important to note that “The Matrix Resurrections,” introduced new characters like Bugs (Jessica Henwick) and Sequoia (Toby Onwumere), placing importance on group collaboration rather than the “chosen one” narrative — a theme similar to Wachowski’s Netflix series “Sense 8.”

Overall, “The Matrix Resurrections” relies too heavily on its source material. While Trinity’s new character arc is a refreshing innovation from the original Matrix film, “Resurrections” is ultimately a reboot that didn’t need to be made.