As those who reject feminism distort the definition of the movement, so too do those at the other extreme who use feminism to advance their elitist, man-bashing agendas.

At what point does a distorted definition become the true definition?

In today’s Western culture, words become colloquialisms more quickly and easily than ever before. Modern slang has evolved such that new words pop up every day, and sources like Urban Dictionary are necessary to keep up with the modern interpretation of many words.

I recently read an article titled “10 Words That You’ve Probably Been Misusing” that struck a note with me. As it turns out, I was misusing over half the words on the list. For example, the word “terrific,” which, today, has become synonymous with the word “great,” actually means “of great size or amount” or “causing terror.” Somewhere along the way, the word was used incorrectly over and over, and the definition became so distorted that the word took on a new meaning.

This is what happened to “feminism.”

A 2013 poll found that just 16 percent of men and 23 percent of women in the United States identify as feminists. Yet, that same poll found that 82 percent of all Americans agree that “men and women should be social, political and economic equals,” a fact that illustrates the difference between the connotations of the word and its true meaning.

In The Daily Beast article “You Don’t Hate Feminism, You Just Don’t Understand It,” Emily Shire writes about the Women Against Feminism movement and their social media presence.

On this subject, Shire writes, “One woman posted ‘I don’t need ‘feminism’ because I believe that men and women are EQUAL, not that women should belittle men.’ Those posts hurt a bit more because they reveal how deeply misinterpreted feminism is.”

I agree that posts like the one Shire recounted reveal how deeply misinterpreted feminism is.

However, Shire’s elitist attitude and tone, through which she attempts to educate readers on her proclaimed “true” definition of feminism, belittles any women who hold alternate definitions of feminism from her own, and treats Women Against Feminism as a group of ignorant women.

Furthermore, throughout the article, Shire never concedes that the majority of the posts on the Women Against Feminism Tumblr page are not misogynistic, but rather, are feminist.

I argue this because I can see where the Women Against Feminism movement gets its momentum. My naive 18-year-old self used to proudly claim that I was not a feminist because, at the time, I associated feminists with elitist, man-bashing women. I too believed and still believe in the equality of men and women, and yet today I am still hesitant to claim that I’m a feminist.

And if I — an educated, socially liberal businesswoman — am hesitant to say I am a feminist, it is painfully clear that feminism needs some help with marketing and public relations. Feminism has become so misinterpreted by today’s world that it has taken on a new meaning. Just as “terrific” now means “great,” for many people, “feminism” means “bra-burning misandry.”

It is time to give feminism a new name and a new image.

And, why not use “Women’s Rights” as the name for this movement? Yes, women now have the right to vote, the right to independence from their husbands and the right to wear pants, to name a few. But there are many rights women still do not have today that men do.

Reproductive rights, maternity leave, childcare and the gender pay gap are all major issues that hinder true equality for men and women in America. These rights are yet to be won for women and still need to be fought for.

Putting the needs of today’s women in the perspective of women’s rights is indeed more powerful than the feminist perspective. The fact that women still lack certain rights in 21st-century America is abhorrent. Framing women’s causes in this light provides more momentum for advocacy and a clearer, more united definition of the cause.

Let us fight together as united women’s rights advocates, not as fragmented feminists. 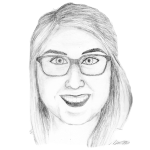 Tricia Correia is a senior in the McDonough School of Business. The Sensible Centrist appears every other Friday.