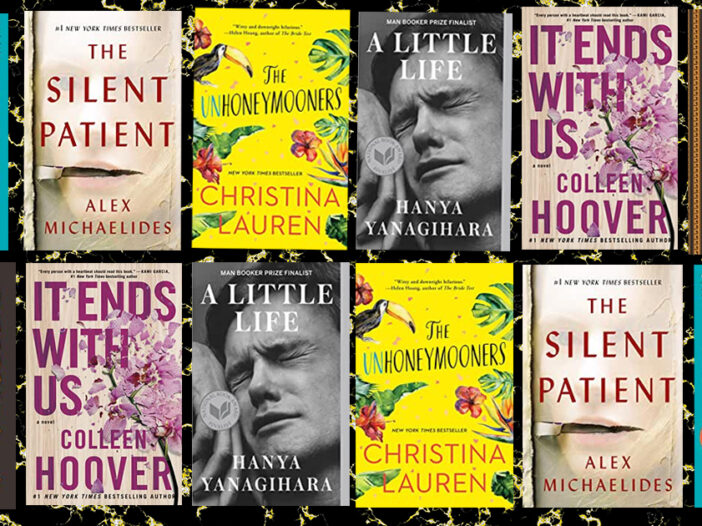 For many people, the once-extensive process of searching through novels at the bookstore and scrolling through Goodreads reviews has been revolutionized by the TikTok algorithm and a new wave of content on the app known as BookTok.

On BookTok, TikTok creators post book reviews of books in all genres, but in particular, contemporary romance and young adult fantasy recommendations have taken off. Novels like “The Seven Husbands of Evelyn Hugo” by Taylor Jenkins Reid, “November 9” by Colleen Hoover and “Six of Crows” by Leigh Bardugo have gained incredible popularity on the app, and BookTok creators have been responsible for pushing many of these titles to the New York Times Best Sellers list, even though they were all published between 2015 and 2017.

According to Laynie Rizer, a local bookseller at East City Bookshop, BookTok has surprisingly revived the popularity of many older novels, known as backlist titles.

“These are books that have been out for some time, a couple of years or so. Publishers often do a great job highlighting new releases through their own social media and through their influencer programs, but backlist books are the ones getting the true, almost surprising love on TikTok,” Rizer said in an email interview with The Hoya.

For example, “The Song of Achilles,” published in 2012 by Madeline Miller, found itself selling nine times its original amount of copies per week in 2021 because of viral BookTok videos featuring creators crying over the ending. Plus, the title found itself in the top three paperback fiction New York Times bestsellers in March, likely because of the over 80 million views on the #songofachilles tag on TikTok.

Books gaining viral fame on the internet may seem somewhat counterintuitive. With the rise of BookTok, the web has created an increased excitement for the written word, rather than a loss of interest. The rise of BookTok has had a notable impact on book sales, especially on independent booksellers who pay close attention to what their customers are looking for.

“We have absolutely noticed that when a book gets popular on BookTok, our customers know it. I can’t tell you how many times I’ll overhear a conversation of customers in the store saying ‘Oh, I’ve seen this book on BookTok!’ about one thing or another,” Rizer said.

The accessibility aspect of BookTok is critical to boosting the virality of certain titles, according to prominent BookToker and Georgetown University student Allison DeRose (COL ’23). DeRose reviews books on her TikTok account, where she has 114,000 followers and nearly 10 million likes.

“BookTok gives easy access. You see a cover, you see a short description, and you want to buy it,” DeRose said in a Zoom interview with The Hoya.

These quick book reviews have created notable shifts in interest at bookstores both big and small. James Case, the general manager of Kramers in Dupont Circle, observed a spike in sales for particular titles alongside the rise of BookTok.

“Romance and Young Adult both seem to be popular with TikTok — Colleen Hoover’s seen a rush of popularity because of it. That’s actually been a theme of the pandemic, as I think many people want to enjoy some light happy reads with real life being so serious much of the time,” Case said in an email interview with The Hoya.

At East City Bookshop, the booksellers are even adapting their sections to fit with this new wave of reader interest. According to Rizer, the customers usually make a beeline for specific titles they have heard about on the internet.

“We currently have a ‘These Books Are Tiktok Approved!’ display up in our Young Adult section, but most people who come in looking for a BookTok Book already know what they’re looking for,” Rizer said.

The interaction of literature with the digital space raises a major concern among consumers with regard to the future of reading: What will BookTok mean for literary space as we know it?

The move to virtual platforms for book reviews raises the question of whether or not more readers will migrate to digital copies of books that go viral on BookTok. Case acknowledged that although there are certainly consumers who prefer to read completely paper-free, the allure of real books is not going anywhere.

“I do genuinely believe most people prefer reading an actual book — there’s something pleasant in the whole ritual of turning the pages and holding the actual object that I think book lovers treasure. I myself just love collecting books and finding fun editions. Also, being able to peruse a full shelf of books is loads more fun than flipping through screenshots,” Case said.

Likewise, Rizer feels no need to shift the marketing at East City Bookshop in response to BookTok. She feels as though the reading community is only growing with the rise of internet reviews.

“We don’t really do anything differently with our marketing, to combat the rise of electronic books,” Rizer said. “Because even though the world changes and technology grows, people still love holding physical books in their hands, I don’t think that will change anytime soon, and that’s our target audience with the store, people who love books just as much as we do!”

For those who actually post on BookTok, the practice of posting has shifted how they approach reading. Katie McDougall, a TikToker whose profile features over 4 million likes, has been posting videos on BookTok for over a year. She notes that BookTok has caused her to read more closely, especially through annotation.

“I never used to tab or annotate my books, which is sort of a thing on BookTok right now. I’ve started doing that, and I really like it,” McDougall said. “I think it’s a really cool way to connect with what you’re reading, and when you share that with other people, that can be kind of a special thing.”

Representation Between the Covers

Beyond changing the way people literally read, BookTok has the power to shift the stories readers are consuming by highlighting a diverse range of authors and characters that may not be as easy to discover through a simple Google search or bookstore perusal. DeRose strongly encourages lifting up more diverse book recommendations to create a more inclusive environment for the BookTok community. She noted that she specifically enjoys books featuring protagonists that break the stereotypical racial and heteronormative mold.

“The romance genre is saturated by white heterosexual stories, and so I think finding and boosting those novels that are not simply just two white straight people falling in love is crucial,” DeRose said. “Some of the romance novels that I loved the most don’t fit in that categorization because they feel much more real, and it’s so much better to read about something that pulls your heart in because it feels like it’s real rather than so contrived.”

For readers looking for books with better representation of BIPOC protagonists, McDougall recommends “Cemetery Boys” by Aiden Thomas, “Get A Life, Chloe Brown” by Talia Hibbert and “The Daughters Of Nri” by Reni Amayo.

As a bookseller, Rizer feels as though BookTok has caused her customers to gravitate toward titles that feature greater representation. She points out that BookTok’s strengths lie in its ability to provide readers with background information about titles that are relevant to their identities.

“I would also say that another accomplishment of BookTok as a whole is highlighting authors of color and their stories, as well as LGBT authors and stories. Sometimes it can be hard to find information about books that reflect your own identity, and Google isn’t always as helpful as we’d like it to be,” Rizer said. “But on BookTok, you can easily find content creators that you trust who are hyping up books that they feel represented in, creating that great sense of community, and raising awareness of those great books for those who might not have seen them before.”