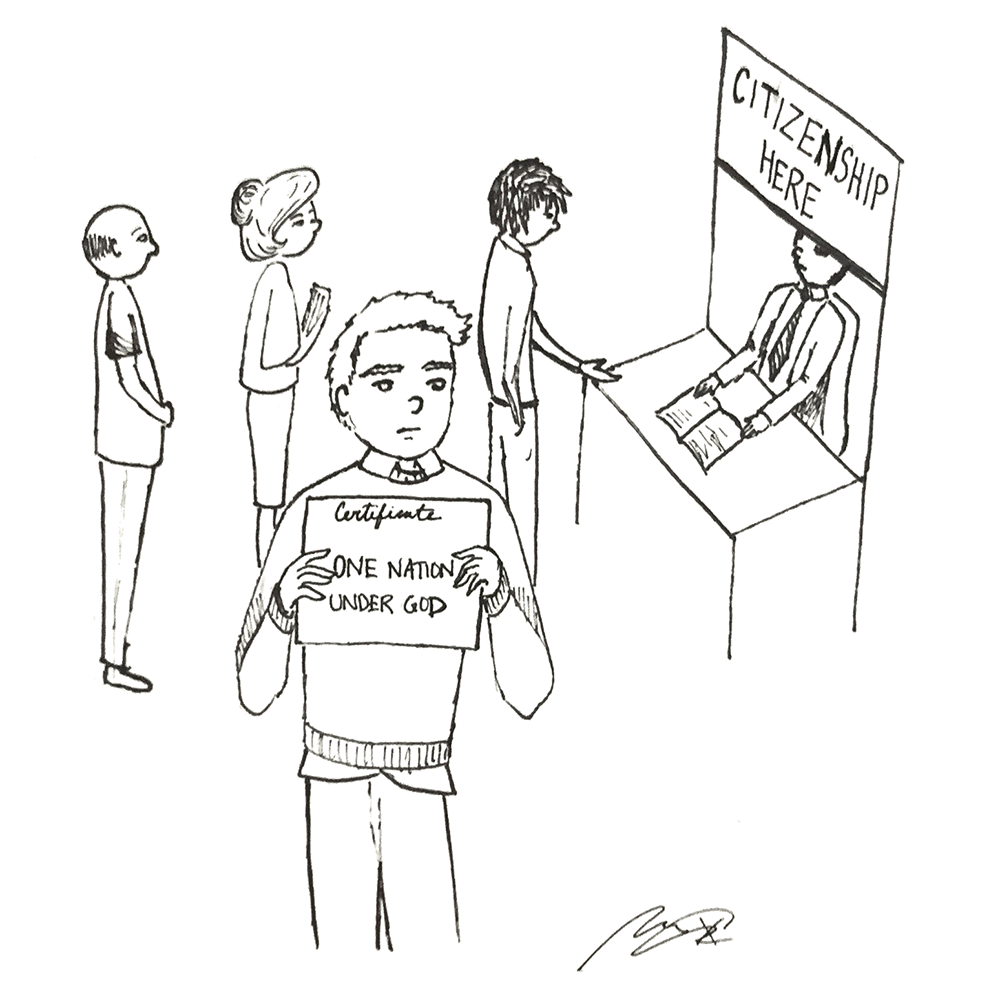 In retrospect, the summer of 2015 will belong to Donald Trump. The Republican presidential candidate has enthralled both the media and the nation with his bombastic rhetoric and unabashed dismissal of political correctness.

His platform on immigration, specifically, has alienated millions of Hispanic residents and thrown reason and logic out the window in favor of xenophobic demagoguery. Yet, he leads his closest competitor by a 2:1 margin. The fact that he can openly call for the obstruction of the 14th Amendment and still see an increase in poll numbers says less about his political genius and more about the nation’s political climate. As a first-generation immigrant, it is clear to me that the issue of citizenship in the United States reaches much further than simply being a matter of proper documentation and taxation accountability.

This past July, I could not help but swell with pride as I handed the immigration officer my green card in exchange for my certificate of citizenship. After a 15-year process, I had finally earned my status as a German-American dual citizen. No longer would I need to worry about my right to work in the country I had grown up in. No longer would I have to mark myself down on forms as a “legal alien.” Accordingly, Citizenship and Immigration Services put forth a great deal of effort in order to emphasize the event’s importance. Along with the certificate of citizenship, they entrusted me with a solemn miniature American flag to go with a myriad of pamphlets that explained my newly received civic duties, such as understanding the Constitution and voting. They were selling me not just a second passport but a rebirth that was to imbue me with the awesome powers and values that only citizens of the world’s greatest country supposedly had. Despite finding their enthusiasm to be infectious at first, I quickly found mine tempered within moments of passing through the waiting room on my way out of that portal of patriotism.
I did not look like anyone else there. As a tall, white male, I stood out among a crowd that consisted primarily of Asian and Hispanic immigrants. The bemused looks they gave me relayed a clear message: “What are you doing here?”

This experience, however, should not have come as a surprise to me, for multiple reasons. First and foremost, the two offices I visited throughout the naturalization process reside in the Monterey and Santa Clara counties of California, where white individuals make up 31.6 percent and 47 percent of the population, respectively. Furthermore, Germans hardly make up 0.5 percent of annual approved naturalization cases; I would have remained the odd man out regardless of regional demographics. No, the dismay that came over me stemmed from the realization that even this most hallowed of American rites has yet to transcend the specter of race.

The certificate spent the hour-long commute back home discarded upon my car’s backseat. To me, it did not signal a change in my life going forward. The document provided a reflection, not of how society would proceed to see me, but how it had perceived me all along. It served as a confirmation of a life buoyed by white privilege. After all, who am I to compare my experience as an immigrant to that of an individual originating from Vietnam or Mexico — an individual whose foreignness cannot hide behind the veil of the majority?

Sure, my name may sound different and be open to creative pronunciation (read: teasing), yet a cursory glance at myself on the street would leave a stranger none the wiser. It comes as no surprise that I have never had to deal with racial slurs or comments of the “go back where you came from” variety, because my skin color hides my story. In that sense, my relatively painless assimilation into American society stands as a damning validation of our society’s structural bias in favor of white individuals.

This bias has established a statistically visible dichotomy between white individuals and individuals of color. Individuals of color suffer from disproportionately higher incarceration and homicide rates in comparison to their white peers. Individuals of color struggle to overcome decades-old societal inertia when dealing with institutions of higher learning, employers and housing providers. As a result, American society plays host to a first- and second-class citizen system that remains a far cry from the egalitarian platitudes of our constitution.

For this reason, I cannot help but remain half-hearted about my American citizenship. I know that my birth in Calw, Germany does more for my civil rights and liberties than actually being born in America does for a Hispanic citizen in my hometown of Salinas, Calif. I am proud to finally be an American, but my experience as a white immigrant has led me to the conclusion that the conceptualization of the American citizen is in dire need of redefinition. My certificate of citizenship acts as a hollow reminder that, while I might live in “one nation under God,” it is not the same nation millions of other Americans are living in. As long as our society stubbornly refuses to acknowledge that the reality of modern American culture is multiculturalism, it will fail its citizens who do not fit an outdated stereotype of the white, heterosexual male.

Maximilian Fiege is a sophomore in the School of Foreign Service.