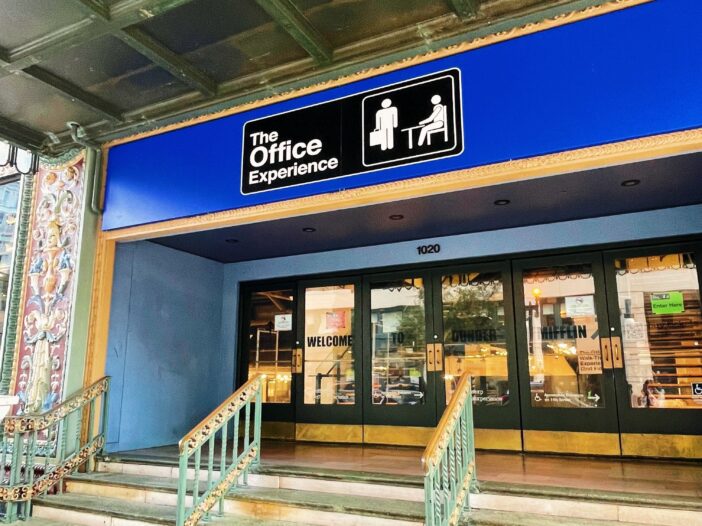 Throughout our lives, as we perpetually seek excitement and novel experiences to overcome stagnation and boredom, we often ignore the value to be found in the mundane, in the tranquility that can be derived from sheer simplicity.

Such is the cautionary tale displayed by “The Office,” the hit NBC sitcom that initially began as a mockumentary of ordinary employees undertaking routine duties at a regional paper company Dunder Mifflin located in Scranton, Pa. The show later grew into a compelling and resonant narrative that kept fans engaged for nine seasons.

The Office Experience, a Superfly X exhibition recreating the setting of the much-loved Dunder Mifflin Paper Company, has now arrived in Washington, D.C., and not only celebrates the series’s signature moments but also retains its core attribute: flourishing in the mundane.

Through the near-perfect recreation of the main set of the show — supported by Superfly X’s collaboration with Peacock — the office of this separate world achieves that very goal, capturing the essence of the show and offering its fans an escape from the tumult of our fast-paced world.

My visit to the Experience, located at 1020 G Street NW, commenced with a mini museum featuring various memorable exhibits from the show, ranging from props like boss Michael Scott’s Prison Mike’s bandana from Season 3, Episode 9 to costumes like married couple Pam and Jim’s signature work attires. A pleasant introduction to the experience, this mini museum serves to pique the curiosities of visitors, leaving them excited to delve deeper into the inner world of Dunder Mifflin.

After a pause to have our picture taken in front of the notorious Dunder Mifflin sign, my companion and I finally plunged into the heart of the experience: on our right, Pam’s receptionist desk, faithfully replicated from the the show; on our left, Michael’s office, door ajar with a queue of fans eager to have their picture taken inside; and directly ahead, Jim’s and fellow paper salesman Dwight’s desks, closely followed by Phyllis’s and Stanley’s, along with the break room even further ahead.

In this flawless depiction of “The Office” set, it felt as though we were truly immersed into the paper company — as though Michael Scott was bound to overhear and deliver an obnoxious, yet comedic, remark to any of the employees.

Every fan’s urge to capture photos in each of the main areas — at Michael’s desk, in the conference room adorned with the “It is your birthday” banner, at each of the employees’ desks, and even as players of the fictional game of Flonkerton with their feet strapped into paper boxes — was an essential testament to how effortlessly beauty could be created from the mundane. Fans marveled at seemingly ordinary decor with exhilaration and affection.

The experience extended beyond just photo ops. Visitors were allowed to directly interact with this cherished environment, whether by picking up the phones at many of the characters’ desks to hear voice messages from office employees or opening prop-desk drawers to reveal amusing hidden surprises like Dwight’s stapler trapped in jello, a classic prank Jim played on Dwight.

My visit concluded at the warehouse, Dunder Mifflin’s storage area, which turned into a gift store. After getting the chance to dance down the aisle of the chapel in which Jim and Pam were married and to film a confessional interview, we left behind a nostalgic world reminiscent of the various sentimental gems that turned the show into a candid, yet poignant, portrayal of office life.

The Office Experience succeeded in capturing the essence of the series: it was never simply about the office or the paper industry itself, but rather about those who resided in this straightforward environment and the way their individual lives evolved throughout the episodes. The exhibit was a marvelous diversion from our daily struggles that allowed us not only to reminisce on the memorable times we spent watching “The Office,” but also to discover the beauty hidden in the dreary reality of our daily lives.

As Pam says in the final episode of the series, “There’s a lot of beauty in ordinary things. Isn’t that kind of the point?”