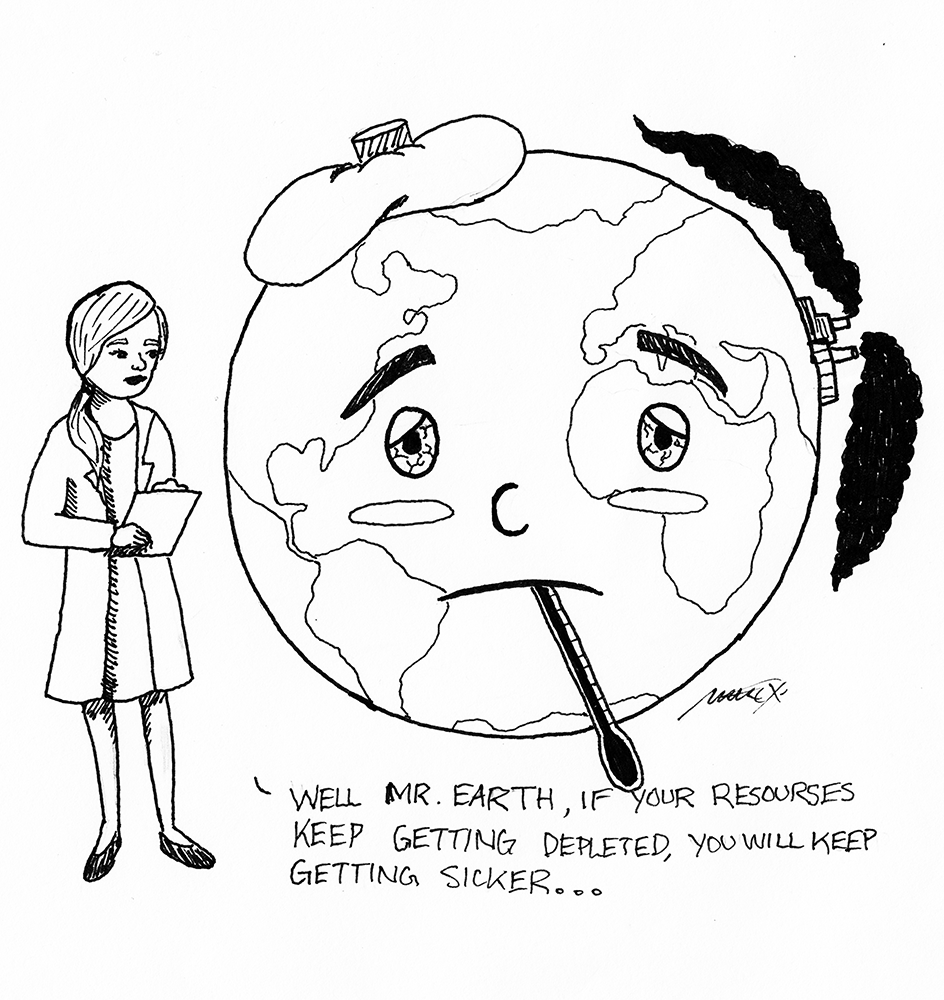 The drive to live the good life is something all Americans can identify with, and I believe that our generation is characterized by a fixation on conspicuous consumption. A pervasive mindset encourages us to buy, buy and buy — to keep up with, and surpass, people such as theKardashians.

What could be wrong with that? Commoditization is a very American ideal that is ingrained in all of us. But in recent years, our buying culture has become more obvious — and more dangerous — than at any other point. Arbiters of popular culture such as celebrities and television executives have created and driven an insatiable desire for luxury items and interest in material extravagance has gone through the roof. But unfortunately, this American increase in desire for gold watches and new cars is inextricably linked to an underlying need to exploit fossil fuels and other finite resources.

If we look at the earth as a commodity, then fossil fuels are impossible to ignore. They make our world function. But their exploitation, as well as deforestation, over-fishing and over-hunting is an epidemic that threatens our planet’s future. As a pace-setting leader in the world, America should be the pioneer for protecting and preserving the planet, not for sucking its resources dry. The preservation of humanity depends on the health of the planet, and as long as this materialistic culture reigns supreme, there can be no major progress in the field of preservation. This should be intolerable to all of us. A new car or house may be attractive, but ultimately, the Earth and its resources are simply too irreplaceable to let these desires outweigh conservation.

The conflicts here are self-evident. The earth has finite resources available to which all people lay legitimate claim. Nearly everything the Earth possesses — trees, diamonds, gold, silver or any commodity, really — can be lucrative trade. Hampshire College professor Michael Klare’s “Scarce Resource” hypothesis predicts that countries will take up arms for basic human resources like water.

This future is not as far off as it may seem; many current wars reflect resource conflicts. For instance, in Nigeria and Darfur, control and management of resources is a central point of ongoing civil wars. This fierce struggle will only be exacerbated by the continuous and unrelenting abuse of Earth’s finite resources.

American popular culture is undoubtedly obsessed with accumulating physical possessions, and in that respect many of us have been successful. Within the affluent portion of our nation, there is no shortage of cars, yachts and mansions. We’ve been lucky thus far that the Earth has had enough resources — oil, natural gas, water, rubber and wood for example — to offer our generation tremendous opportunities for monetary gain. There is only so much the planet can offer, however, and with exponentially increasing populations, resources are already scarce.

Individually and as a university, we are all armed and ready to make a difference in reversing this trend toward the material. Recycling is a start, and recent initiatives from our own Office of Sustainability are certainly admirable, but the real problem lies within the deeper culture of America itself. There’s an old adage in real estate: “Buy land; they don’t make it anymore.” In this case, the phrase is used to encourage a culture of consumption. But we’d all do well to remember that our most valuable commodity — the planet — is also our most finite.

Jerry D. Rassias is a sophomore in the College.