While some might still believe that this is the year of the apocalypse, we really hope that Honey Boo Boo won’t be the last cultural mark we leave behind if we’re ever discovered by extraterrestrials. Just in case, The Hoya staff got together to pin down the best and worst of popular culture in a year filled with courage on the court, the movie screen and even on Mars. 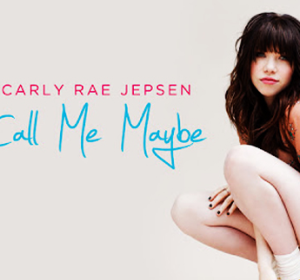 Musically, the year was at times lackluster. Maroon 5, once a stalwart of inventive music, proved that they’ll never match the ingenuity of Songs About Jane, their perfect original release. Lana Del Rey was amusing mostly because of the backlash to her autotuned singles, not because they were very good. Mumford & Son’s provided more of the same — which was great, but not legendary.

But there are two songs that defined the year — Carly Rae Jepsen’s “Call Me Maybe” and PSY’s “Gangnam Style.” The latter was remarkable primarily because it’s one of the first songs that’s not in English, except for the “Hey sexy lady” line sung on every chorus and a few other fragments, to dominate American and European airwaves.  Of course, its fun music video, funny dance and addictive beats also helped.

Call us crazy, but we believe the popularity of “Call Me Maybe” can be attributed to our desire to be like Carly Rae Jepsen. “Call Me Maybe” isn’t about playing hard to get. It’s the opposite of a mixed message. It’s the bold declaration of the person we all want to be: the one who’s open with his emotions, knows what he wants and tries to get it. This new year, let’s resolve to be like CRJ — and not just because we want to be rich and famous and star in a music video with an incredibly attractive man.Yet despite the ubiquity of “Gangnam Style,” 2012 will always be the year of “Call Me Maybe.” On the surface, this song isn’t special — it’s just another over-produced pop song. But it’s one of the best-selling digital singles of all time, so there has to be something else there.

The other artist who defined this year in music was Macklemore. With his breakout hit “Thrift Shop,” he appealed to both hipsters and hip-hop fans with his ode to the Salvation Army. In his song “Same Love,” he preached the gospel of marriage equality in a year that saw  unprecendented gains for the cause.

“It’s Thanksgiving,” the worst song of November and ode to a holiday associated solely with pie, helped close out an otherwise mediocre year with some humor. Too bad we were laughing at, not with,  young Nicole Westbrook.

MOVIES: A TIME FOR HEROES

The odds were certainly in our favor this year at the movie theater, starting with the adaptation of The Hunger Games, the smash hit dystopian novel by Suzanne Collins. We were cheering for Jennifer Lawrence’s Katniss Everdeen from the very first time she strung her bow, and watching the violent brutality of the arena and the other tributes play out on the big screen brought our favorite book to life. Not only was this a popular movie, but it left was a smart one, leaving us with questions to consider about poverty, government and courage. 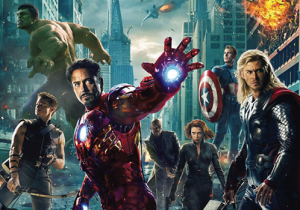 The Dark Knight Rises was a dark and emotionally trying masterpiece that more than surpassed its lofty expectations. Christian Bale’s broken and reclusive hero is drawn back into the fight against crime by Tom Hardy’s well-spoken masked mercenary Bane, whose quest to free the citizens of Gotham from freedom itself leaves no life untouched. Anne Hathaway’s knife-stiletto-wearing Catwoman was pretty fabulous, too, as was Joseph Gordon-Levitt’s stellar performance.

The Avengers was in many ways 2012’s ultimate superhero movie, combining the protagonists from Marvel’s last five movies in one jam-packed slugfest. Iron Man, Captain America, Thor, the Hulk, Hawkeye and Black Widow make this movie colorful, loud and chock-full of unrealistic violence — so much so that it pretty much establishes itself as the opposite of the dark and brooding Dark Knight Rises.

This year, audiences were given a true cinematic treat with the superb Skyfall. The newest entry into the Bond franchise sends our favorite operative out to discover the mastermind behind the theft of a hard drive containing vital British intelligence secrets. The movie has all the aspects of a great Bond classic — the glamorous Bond girl, the disarmingly charismatic villain and the dramatic chases through exotic locales ranging from the slums of Turkey to Macau to the London underground.  This movie makes every viewer reconsider her decision not to become a secret agent.

Even though this year has brought the beginnings of the final seasons of well-known series like “The Office” and “Gossip Girl,” the new TV shows of 2012 have proven that they can fill the voids that those old shows will leave. The year saw the rise of female comedians, medieval fantasies and interesting — to say the least — reality television. 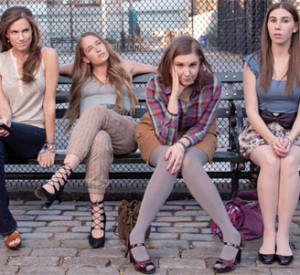 “Girls” and “The Mindy Project” were the big comedies of this year. Created by and starring Lena Dunham and Mindy Kaling, respectively, these comedies explore the personal and professional lives of two radically different women. While in HBO’s “Girls,” Hannah Horvath, an aspiring writer played by Dunham, struggles to get her life together in New York City, single physician Mindy Lahiri (Kaling) searches for the perfect guy and attempts to jump-start her career in FOX’s “The Mindy Project.” “Girls” was a cultural moment — a dirtier, rawer and more controversial “Sex and the City.” We also saw Lena Dunham naked a lot more than we might have wanted to and were scarred by her character’s creepy boyfriend Adam. “The Mindy Project” has yet to match its potential, but hopefully 2013 will treat it well.

The epic “Game of Thrones” continued this year with a fanbase that only grew; based on the Song of Ice and Fire book series written by George R. R. Martin, this HBO show has met critical success among fans of the books and TV critics alike. As Ben Wyatt from NBC’s “Parks and Recreation” explains, “It’s a crossover hit! It’s not just for fantasy enthusiasts! They’re telling human stories in a fantasy world!” Other fans include a cat on YouTube who sings the iconic song. We may have watched that video a little too much already in anticipation for Season 3.

One of the year’s disappointments was the delayed return of “Community.” Season 3 left us looking for more, and hopefully next semester will bring back the Greendale 7.

If you didn’t already love Alana Thompson of “Toddlers & Tiaras,” also known as Honey Boo Boo, TLC gave you even more reason to adore the seven-year-old pageant diva when they gave her a show to add to their reality TV roster. Filmed in Honey Boo’s rural Georgia home, crass jokes and redneck language — Honey Boo Boo calls spaghetti “sketti” and pronounces the word recognize “redneckogize” — characterize this family that has captured America’s heart. It even beat out the Republican National Convention in viewer ratings when it premiered this August. Actually, we’re not sure this was one of our best moments as a country this year.

SPORTS: WE ARE THE CHAMPIONS 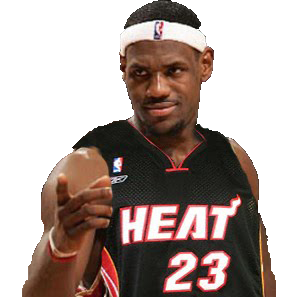 This was an incredibly eventful year for the world of sports. The New York Giants beat the New England Patriots in the Super Bowl for an embarrassing second time. Starting with basketball, the career of King James was buoyed by his first career title in June with the Miami Heat, putting him back on track to winning over the hearts of basketball fans across America after his infamous, image-destroying decision to leave the Cleveland Cavaliers in 2010.

The beginning of the NFL season got off to a rocky start, as hapless replacement referees stirred up a storm of controversy. After some dodgy calls and angry, bitter fans’ complaining incessantly, the league decided that having fair games was worth paying the real referees a bit more money.

As for the NHL — actually, there hasn’t really been an NHL season due to yet another lockout. Sorry Canada, but at least you still have curling.

Lastly there’s the Texas A&M freshman quarterback and Heisman Trophy Finalist Johnny Manziel. Most of the buzz about Manziel has been about his outstanding and out-of-nowhere rookie campaign, but his nickname, “Johnny Football,” is easily the worst in sports. Yes, ESPN, he plays football and his name is Johnny. We get it.

THE INTERNET: MEMES ON MEMES

People will do a lot of stupid stuff to become “Internet famous,” even if it doesn’t mean much in the real world. In 2012, we nevertheless saw a variety of new Internet trends appear, for better or for worse. 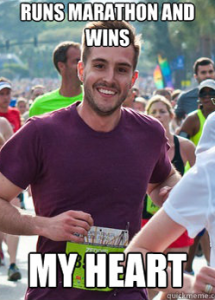 This year, we saw the popularization of a variety of different image macros — an image with overlaid text — a meme. This summer, one meme that inspired the Internet community was the “Ridiculously Photogenic Guy.” This meme is an image of a random marathon runner’s beautiful likeness with exclamations of love and affection for him. Although short-lived, it had a lasting impact on the Internet. Shortly after its decline in popularity, other memes of various “ridiculously photogenic” people and animals began popping up everywhere.

A meme almost everyone is familiar with, “McKayla Is Not Impressed,” sprang up after pictures surfaced of McKayla Maroney’s silver medal ceremony in the vaults final of the London Olympic Games. In the photo, her mouth is pursed to the side and her face is full of sass. Even President Obama got on the bandwagon, striking an “unimpressed” pose with her this fall in the Oval Office.

Animals have always been popular on the Internet. One of the more popular animal-based memes of 2012 is “Grumpy Cat.” This isn’t just any ordinary cat, though — it has big round eyes with what looks like a furled brow and a frowning mouth, giving it the appearance of a grumpy old man. The short-lived craze “Texts From Hillary” was a week-long saga of Internet fame.

Eventually, it seems, every Internet craze seems to fizzle out as soon as the next big thing comes along. Alas, this is simply how the Internet works, which is probably good. Imagine if that weird dancing baby from 1996 or the Numa Numa dance were still a part of our lives.

What started out as bad Twilight fanfiction has developed into one of the most simultaneously celebrated and derided pop culture phenomena of the year — Fifty Shades of Grey. The novel, written by British author E.L. James, is the first in a trilogy chronicling the tempestuous and questionably kinky relationship between innocent Anastasia Steele and mysterious real estate magnate Christian Grey.

This year, Curiosity touched down on the surface of Mars and began transmitting the highest resolution images of the surface of Mars ever produced — not to mention that the mission’s commander, Bobak Ferdowsi, with his starry mohawk, is a bona fide babe. 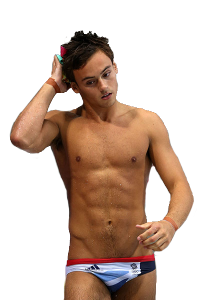 Apple fans had more than enough reason to celebrate this year with the introduction of the iPhone 5 and the iOS 6 software for its products. While the new Apple-created maps function has been universally identified as useless — inaccurate roads and no public transportation options are major drawbacks — the larger screen, increased resolution and higher megapixel camera, as well as updated software for the Siri interface, made the iPhone 5 something to celebrate.

There were many aspects of the Olympic opening ceremonies we could include on this list — Queen Elizabeth II’s parachuting out of a helicopter with James Bond, a tribute to the inventor of the Internet and some super-enthusiastic independent Olympic athletes may initially come to mind — but the defining moment of the ceremonies was the Internet realizing that men’s aquatic sports are really the perfect excuse to admire some perfectly chiseled abs. From the thousands of Tumblrs created for glorifying the godly sculpted bodies of swimmers such as Michael Phelps and Ryan Lochte to the complete Twitter and blogosphere obsession with British diver Tom Daley, it’s kind of absurd how crazy the Internet went.